100 years of women voting - The Observer 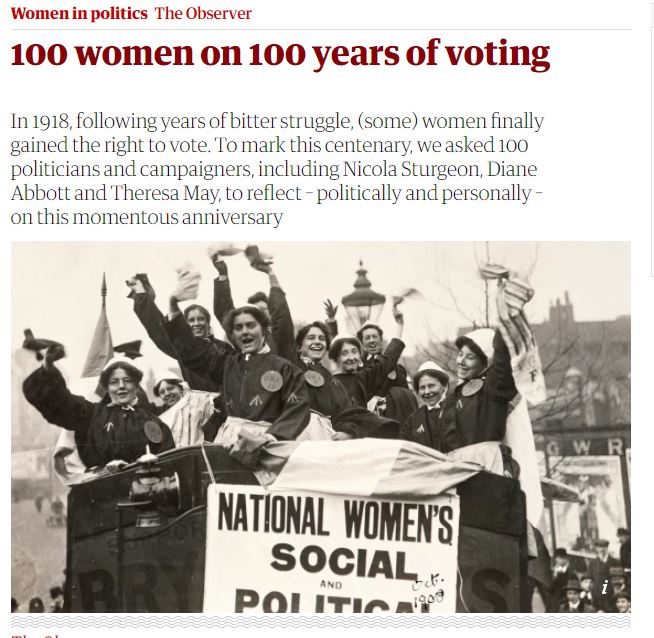 Speaking about the 100th anniversary of women gaining the vote, Caroline Flint told The Observer:

“It is easy to take women’s votes for granted, but it took a world war to propel women into polling stations; and another decade before all women could vote.

79 years on from 1918, I was among 101 Labour women MPs elected to parliament. Excited? Of course. But shocked to be only the 201st woman of all time.

Knocking on doors in Don Valley, I’ve met women whose mothers attended suffragette marches. Women today holding hands with history.  I owe a great debt to those women who faced violence, imprisonment and risk to life to secure my right to vote. I hope we can invoke that same determination among future generations

“1983 was my first general election.  I attended a packed Labour rally in Norwich, only to see us lose and my Labour MP was defeated.  But I’ll never forget that feeling the first time I put a cross on a ballot paper. It was big deal then. It is today.”

Tuesday 6 February 2018 is the 100th Anniversary of the representation of the People Act 1918 coming into effect.