‘Neverendum’ isn’t the answer: my article for The Observer

At times of great crises, Parliament often comes together to reflect the nation’s interest.

In 2018, the British people have witnessed bitterness, sniping and endless parliamentary manoeuvring.  Hardly parliament at its best. 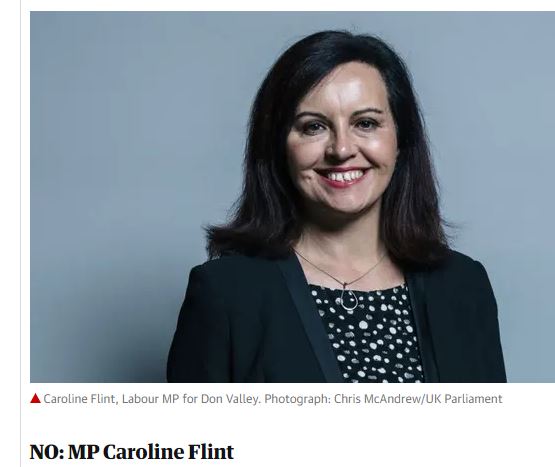 The 2016 referendum divided the nation.  Divided it remains.  But lest we forget, the Conservatives won the 2015 general election on a pledge to have a referendum on EU membership.  After Labour’s 2015 defeat, we accepted that.

All parties campaigned in the referendum, accepting the gravity of the issue.  The nation did too.  The turnout was huge.  After the shock result, Jeremy Corbyn said: “we should accept the vote and move on.”

Parliament started the legal withdrawal process, triggering Article 50 by a majority of 384.  Jeremy Corbyn issued a three-line whip on Labour MPs and by 3:1 Labour MPs backed him.

At the 2017 general election, Labour and the Conservatives campaigned on pledges to respect the result, accepting that the UK would leave the European Union in March 2019.

At the 2017 general election, I pledged to work for the best deal for jobs for Doncaster.  Many Labour MPs made similar pledges, some pledging to oppose “a hard Tory Brexit”.  Now, with the Withdrawal Agreement seen as too soft and compromising by the Rees-Mogg ERG tendency, Remainers can no longer claim we face a “hard-Brexit.”

Endless warnings about a no deal cliff-edge Brexit were scuppered when the UK-EU agreement offered a transition and protection for EU citizens.  Ongoing resistance to any deal simply confirms their insincerity.  They never accepted the 2016 vote and have sought to overturn it ever since.

The People’s Vote MPs are working to vote down not just May’s deal, but any deal in the hope that amid the Parliamentary stalemate they might force a second referendum.  They are far more likely to deliver the hard no deal Brexit the Tory ERG faction desires.  Labour must resist this reckless gamble.

I frequently hear that a majority of MPs oppose no deal.  This understates the risks.  The UK leaves on 29 March with no deal, unless the Commons votes to agree a deal.  An inconvenient truth.

Another referendum would re-awaken divisions and mistrust; and not resolve concerns about free movement shared by a majority of supporters of every major party. Union leaders, Len McCluskey and Tim Roache, warn that including ‘Remain’ on a ballot paper would be seen as an attempt to overturn the 2016 decision.

The Agreement is not perfect, but at least avoids cliff edges and protects EU citizens’ rights, both Labour demands.

Discarding the European parliament, flags, bureaucracy and ongoing payments; regaining control of migration; and allowing two years to negotiate trade and security so business and jobs are protected, is a reasonable place to end up.

Of course, hard-line Brexiters hate the deal.  They will never back May. She must reach out to Labour, an approach John McDonnell endorsed this week. With assurances on workers’ rights, environmental standards and future customs arrangements, all relating to the political declaration, not the legal text, Labour could achieve most of its goals.

Labour should spend 2019 working to influence future trade, security, skills and migration; and prepare for a post-Brexit Labour government; not repeating the 2016 referendum.

The ‘no-compromise’ MPs on both sides are wrong. A reasonable Brexit deal is within reach.

Rt Hon Caroline Flint is MP for Don Valley and a former Europe Minister who campaigned for Remain in 2016.

This article was first published in The Observer on Sunday 16 December 2018.