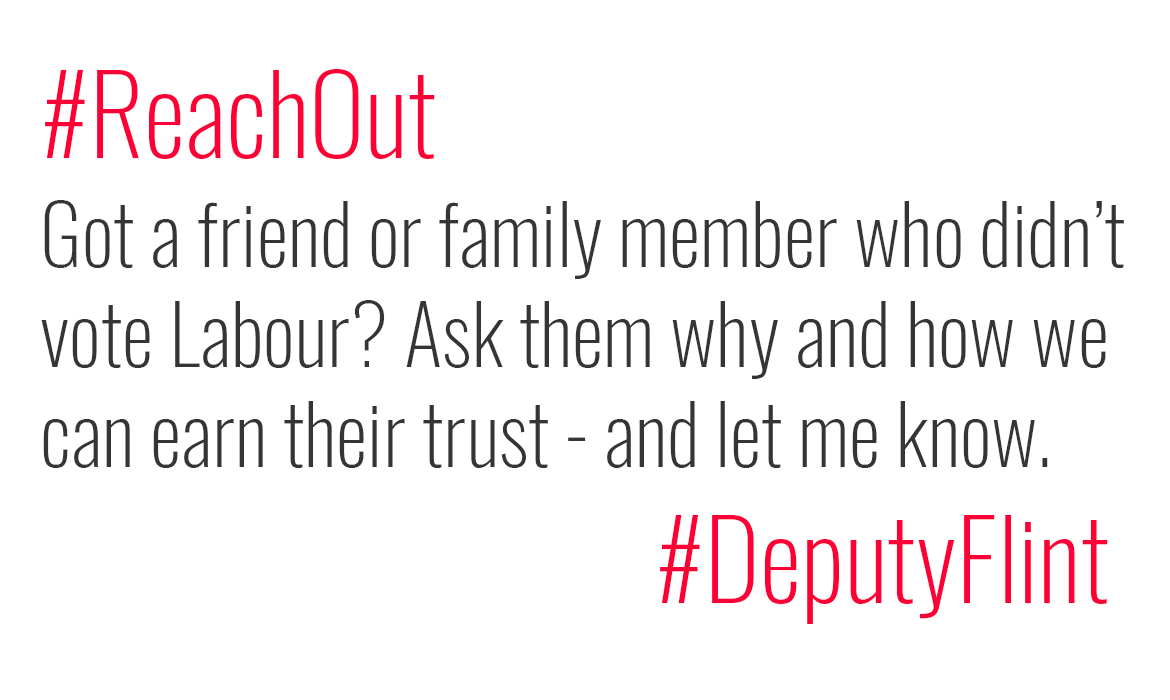 When any party loses an election, the most important people you have to listen to are the ones who didn't vote for you. After all, if we had all the answers ourselves, we would have won the election.

That might sound like a counterintuitive, even risky, thing to say in the midst of a leadership and deputy leadership election, where only Labour Party members, supporters and affiliates can vote.

But it's the truth -- and the worst possible thing that could happen is that candidates for Leader and Deputy Leader simply use the next four months to tell the party what they think it wants to hear. Instead, we must reach out beyond the usual voices, to listen and learn from those who didn't vote for us.

That effort must start now, not in four months' time. So tomorrow, I'll be launching my #ReachOut campaign. We have almost a quarter of a million members and supporters. All of them will know someone -- a friend or a family member, someone they love or choose to spend time with -- who might have voted Labour in the past but didn't vote for us this time.

We need to understand why -- and there's no one better place to start those conversations than our members and supporters. So I'm asking you to #ReachOut -- to phone a friend, to speak to your neighbour, to ask your brother or sister or whoever you can, why they didn't vote Labour and what we have to do to earn their trust. Then on Thursday, between 12pm and 1pm, I'll be on twitter, and I want you to tweet me what they told you, using the hashtag #ReachOut.

Of course, as the election reminded us, we need to reach out beyond social media. So over the next four months of this campaign, I want to organise #ReachOut events around the country, where Labour Party members and supporters bring someone with them who has voted Labour before but didn't support us this time.

The Deputy Leader has always had an important role being the voice of members in the Labour Party. If I am elected as Deputy Leader I will always put members first. But we also need a Deputy Leader that can reach out beyond our party -- and that's something I need every Labour Party member and supporter to help me with. I will be your voice, but I need you to be the voice of the people you know and love who didn't vote Labour. If, together, we can do that, then we really can start learning the lessons of our defeat and building a movement that can once again speak for the whole of Britain.