A second referendum? My article for the Guardian 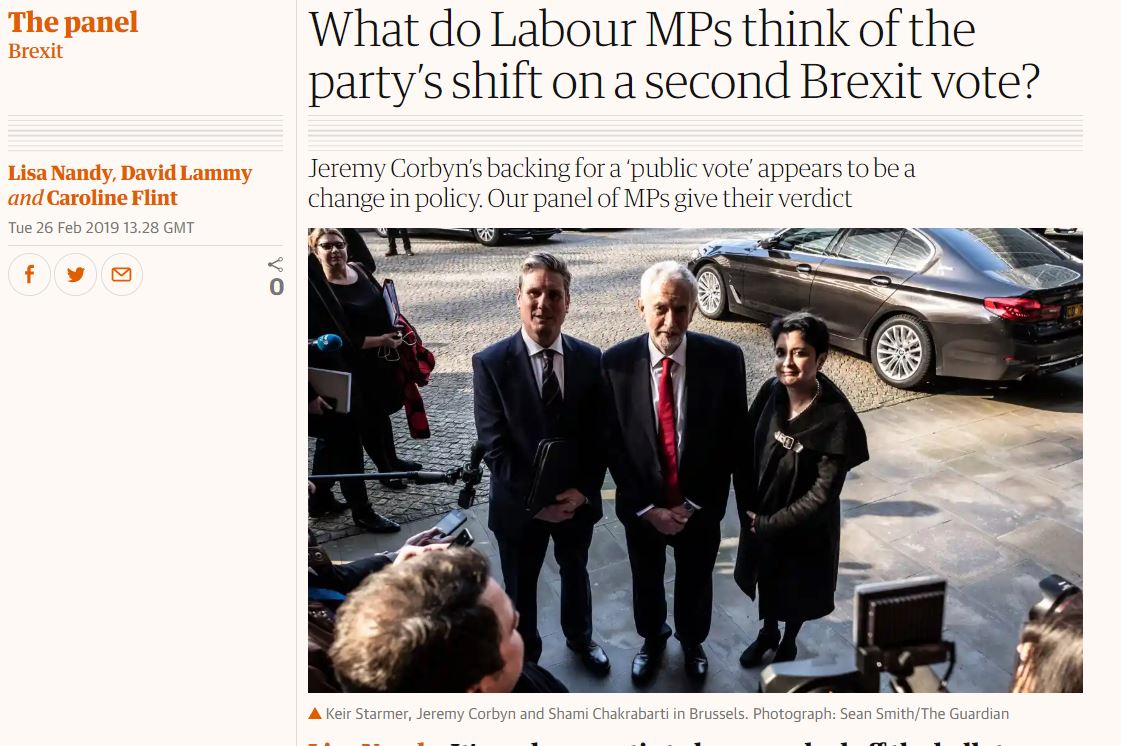 Call me old-fashioned, but as a democratic socialist I believe politics is about principles. The “democratic” part matters. You make election promises. You keep them. After 22 years in parliament, I thought that was how democracy worked. Straightforward, honest politics.

Labour’s first 2017 general election leaflet stated: “Theresa May wants to make this election a re-run of the EU referendum. But the decision to leave has already been settled by the British people.” Labour’s manifesto Brexit chapter was called “Negotiating Brexit” not “Stopping Brexit”. It began: “Labour accepts the referendum result and a Labour government will put the national interest first.”

Remainers and leavers alike voted for a Labour manifesto which stated: “‘No deal’ is the worst possible deal for Britain.” At conference, Jeremy Corbyn offered to discuss a reasonable deal. Not “the perfect deal”, not only “a Labour deal”, a reasonable deal.

Encouraged by Labour MPs, union leaders and Jeremy met the PM more than once. Why bother if compromise was impossible? If you never intended to reach an agreement?

Labour’s conference motion promised to “support all options remaining on the table”. Why opt for a second referendum when an improved deal is still within reach? Not a “botched deal”, but a deal worth pursuing.

Safeguarding workers’ rights; resolving the Northern Ireland border; securing a transition period; guaranteeing EU citizens’ rights and giving certainty to businesses. This is what is on the table. A second referendum offers only more delay; and a nation divided once more.

Ditching our election pledge means spurning every Labour leave voter. Our working-class bedrock. Four out of five Tory-Labour marginals, 18 of Labour’s 25 most vulnerable constituencies and Peterborough and Newport West – at least one of which faces a byelection – are all leave-voting seats. Do we ignore them, or honour our election promises? I know where I stand.

This article as first published in the Guardian 26 February 2019