A wrecking ball approach to the Brexit Bill is not what the public voted for. 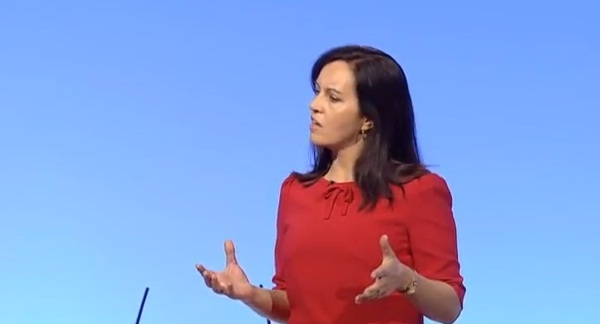 This is the text of my article on the Government's Brexit Bill published in the Sunday Telegraph on 3 September 2017.

When Parliament returns, the first major item of business will be the European Union (Withdrawal) Bill.

Thankfully, fourteen months after the British people decided they wanted the UK to leave the European Union, the debate is moving on to what happens after we leave.

In a flurry of activity, the Government started publishing position papers outlining its hopes for negotiations with the EU; and last week, Keir Starmer, outlined Labour’s approach to life post-Brexit.

With great clarity in his 26 August article Starmer describes the need for a “time–limited transitional period between our exit from the EU and the new lasting relationship”. The key word is “exit”. The train will leave the station - on time. Labour has no plans to sabotage the signal box to delay departure.

Labour’s first general election leaflet announced that the Brexit issue was settled. I voted Remain but, since the decision, I’ve argued that Leave and Remain supporters should bury our differences and get on with it.
A year ago, Remainers were warning of cliff edges; and Brexiteers wanted it all done and dusted by March 2019, without a deal, if necessary. Both positions were nonsense. The Brexit negotiations always faced a ticking clock and would in all likelihood only sort out the divorce, such as how much the UK owes the EU.

Complex issues, like trade, would require more time. Hence, the need for a transitional period of minimum change while future arrangements are put in place. A year on, everyone accepts this. However, those hoping this device might delay our departure are in for a disappointment.

Some die-hard Remainers had already adopted a fall-back stance: the “Let’s keep membership of the single market and customs union” position. EU membership in all but name. They hope that by keeping the UK tied in as closely as possible, it would be easier to reverse the referendum result down the road. If a second EU referendum was held, why not best of three? Neverendum! An unbearable prospect.

After, two, three or more years of Brexit, will the British people then say, “Hey, let’s have the argument again.”? I doubt it. Forget ‘hard Brexit’ and ‘soft Brexit’. The goal of transition is smooth Brexit, avoiding jolts and surprises for businesses and citizens. If successful, the public will consider the issue settled. Why re-open the issue of EU membership?

Keir Starmer argues that any new relationship must involve the UK managing migration more effectively. Without this, any deal would not fly with many voters. Ask any Labour MP in a Leave-voting constituency what their electors were voting for in the EU referendum. It is easy to forget that four in ten Remain voters wanted more control over immigration. Me too.

We either work to make the best of Brexit or simply damn it for not being perfect. This calls for honest endeavour and compromise. Instead of forecasting disaster at every turn, Labour must confront the real choices ahead.
It demands some straight talking about preparing for life post-Brexit. Will we protect and promote our core industries? Will we rebalance the economy to benefit communities who feel left behind?
My advice to Labour colleagues is, let’s use the Bill to force answers on our future relationship with key EU agencies like Euratom, and many few of us have heard of covering aviation safety, cyber-security, telecoms and much more. If we accept the referendum result, let’s not seek to sink the Government’s Brexit Bill with dozens of wrecking amendments.
Let’s Brexit together and plan for the future. It’s time to move on.
Caroline Flint
To read the article and related stories on the Sunday Telegraph website, click HERE
Caroline Flint Brexit Labour Sunday Telegraph