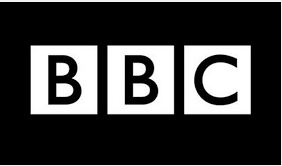 Caroline Flint and a powerful Commons Committee has issued a warning to the BBC over how it protects taxpayers money when it is managing risky projects.

The Commons Public Accounts Committee has examined the BBC’s most complex projects and concluded that improvements should be made to avoid wasting taxpayers’ money.

The Public Accounts Committee, of which local MP Caroline Flint is a member, reports that while the BBC has improved its handling of complex projects, there is more work to be done to ensure projects are delivered on budget and on time.

Caroline Flint said: “The BBC is a national institution of which we are all proud, and we have seen good signs of improvement. But the BBC receives huge amounts of money every year – straight from licence fee payers’ pockets. We all deserve to know that that money is being well spent.

“I urge the BBC to set out clearly how its projects offer value for viewers and listeners, and to make sure these projects are delivered on budget and on time.”

The Government plans to replace the current BBC governing body with a single unitary board. The Committee calls for this new board to play a key role in keeping an eye on progress and holding BBC management to account.