Ben is ahero to us all says Caroline

Joining Ben Parkinson this week to celebrate Ben receiving the MBE, announced in the New Year's Honours list, Caroline Flint declared Ben "a hero to us all". 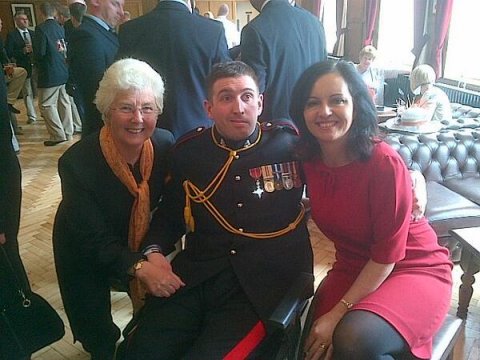 Said Caroline: "I have never met anyone who has been so taken to the hearts of Doncaster people as Ben.  He is incredible and his honour is fully deserved.

"To come back from devastating injuries he has even defied some medical experts.  But it is Ben's spirit that is amazing.  He is so positive.  When he sets out to do something, he defies the odds and succeeds.

"When he carried the Olympic torch, it was the highlight of the London 2012 torch relay.  His fundraising is immense, and no sooner has one event finished, he is on to the next.  Ben is unstoppable."

Most recently, Ben undertook a cross country trek with other injured servicemen, through temperatures as low as -40degrees, to honour the 70th anniversary of the journey by the Heroes of Telemark; the escape by resistance fighters in Nazi-occupied Norway in WWII, after the destruction of a heavy water plant, part of Hitler's nuclear energy plans.  The trek raised over £50,000. 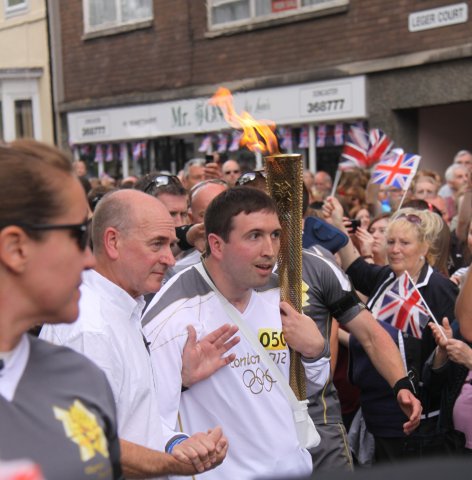 In 2012, footage of Ben's leg of the Olympic torch relay was included in the Queen's Christmas broadcast.

Ben, 27, is the most seriously wounded soldier to survive in conflict after his patrol was hit by a landmine in Helmand in 2006. He suffered 37 separate injuries, including the loss of both legs. He has recovered to walk again, and his rehabilitation continues.