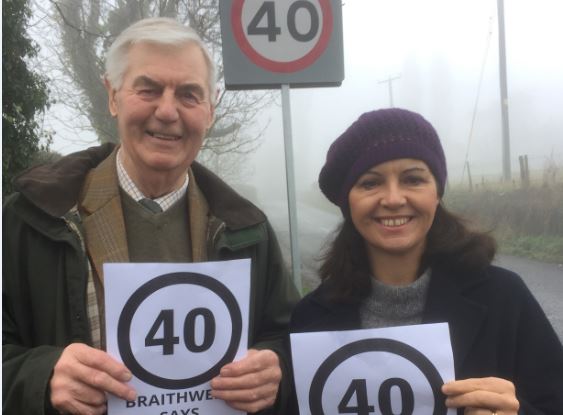 Parish councillors and local businesses joined Caroline Flint and ward councillors to say “Thank you” for a reduced speed limit on Ashton Lane which ends in the heart of Braithwell village.

Local businessman Arnold Pawson joined Caroline to check out the signs and road markings to slow down traffic coming into the village.

After a petition signed by almost 300 residents and a joint letter co-signed by Caroline Flint, Cllr Nigel Cannings, Cllr Martin Greenhalgh, Arnold Pawson, local farmer Richard Spencer, and Police Insp Mark Payling to the Highways Department, Doncaster Council agreed to monitor speeds along Ashton Lane and then pledged to introduce the new 40pm speed limit before the end of the year. 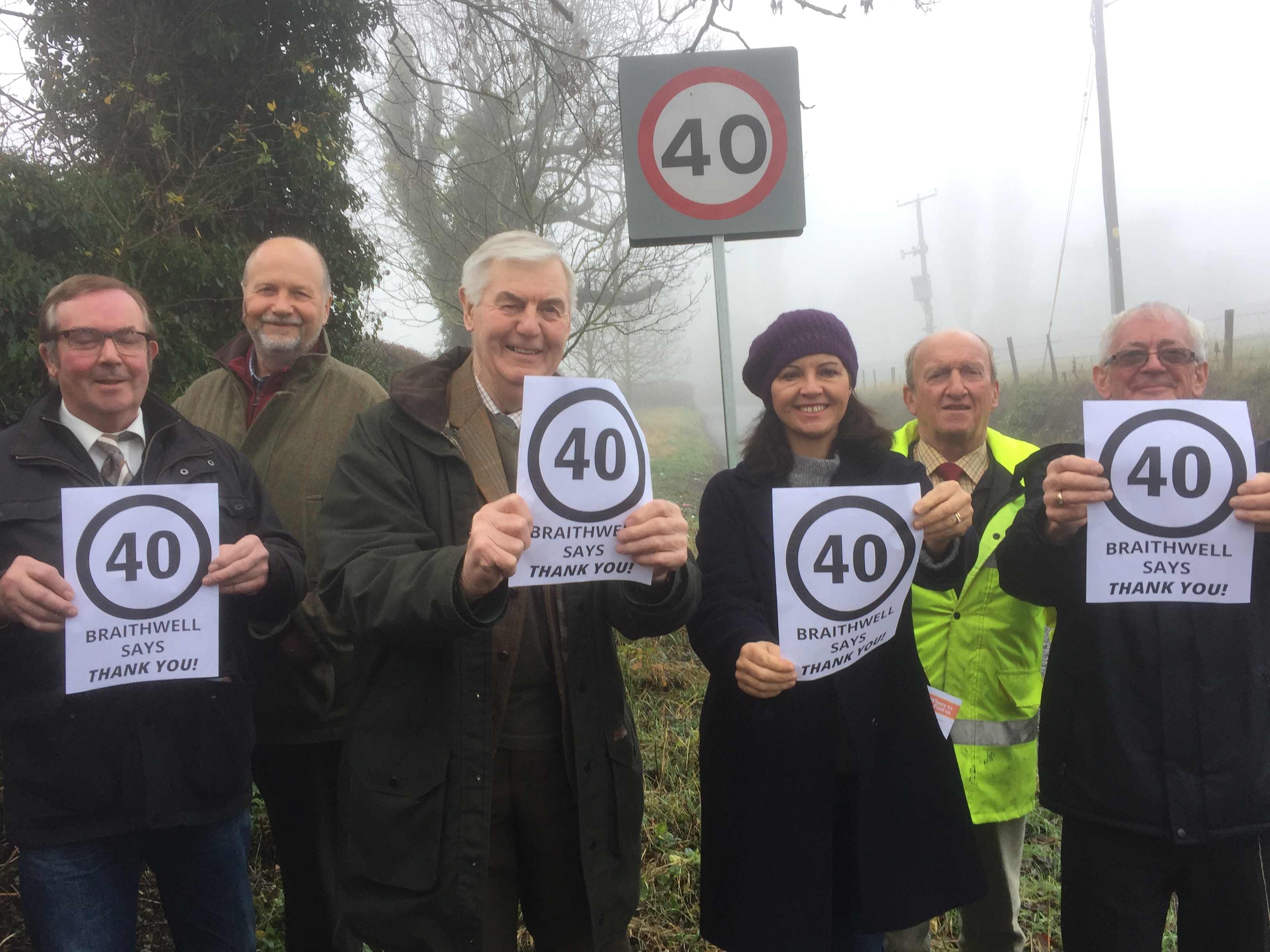 Said Caroline Flint:  “This may seem to some people like a small victory, but speeding traffic has been a great concern to residents in Braithwell, even along narrow lanes like Ashton Lane.  This speed limit has already been shown to slow traffic down.

“I am grateful to Arnold Pawson for his determination to get this changed, to every resident who signed the petition, to parish and ward councillors and the local police inspector for their support.

“On this occasion, it was the community who put their foot down, not the speedsters, and together we have put a brake on speeding traffic through this quiet, beautiful village.”

Said Arnold Pawson “The residents of Braithwell are delighted with the outcome of their recent safety campaign to reduce the speed limit on Ashton Lane to 40mph, and would like to thank Caroline Flint MP for her support and guidance in the matter.”