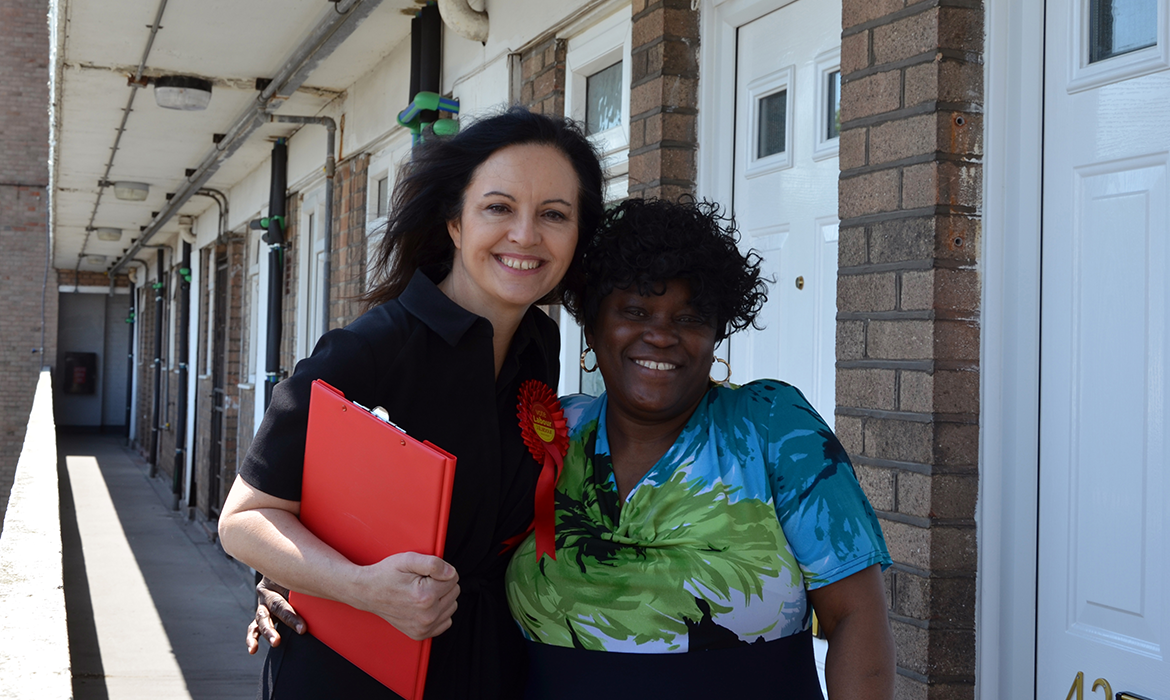 Labour may have spent too much time talking about the bedroom tax to voters who were unaffected by it and would have liked to hear more about policies that affect them, one of the frontrunners to be deputy leader said.

As Caroline Flint launched her bid to become Labour's next second in command, she said her party needed to think about how to appeal to people on matters that were pressing to them and their families.

Labour may have spent too much time talking about the bedroom tax to voters who were unaffected by it and would have liked to hear more about policies that affect them, one of the frontrunners to be deputy leader said.

As Caroline Flint launched her bid to become Labour's next second in command, she said her party needed to think about how to appeal to people on matters that were pressing to them and their families.

The shadow energy and climate change secretary is one of a crowded field of contenders to be deputy leader, and is considered one of the favourites, alongside Tom Watson, the campaigning backbencher who helped investigate phone hacking.

Other candidates include the shadow leader of the House of Commons, Angela Eagle; the former culture secretary Ben Bradshaw; Stella Creasy, the MP for Walthamstow -- who led a campaign against predatory payday lending; and Simon Danczuk, another campaigning MP who has shone a light on child abuse scandals.

Flint is among manyparty figures now giving their verdicts on how Labour lost on 7 May, with some arguing there was insufficient appeal to the aspirational centre ground and others claiming there was not a radical enough leftwing alternative to the status quo.

Jon Cruddas, who led a policy review for Labour, said his party lost because it was offering "micro policies" and now needs to fundamentally rethink its purpose. He said the situation facing the next leadership is arguably one of the great crises of the Labour party's history.

Speaking to the Guardian, Flint said Labour's decision about the two people to choose as leader and deputy was the most crucial the party would make in the next five years.

Offering her diagnosis of what went wrong, she said: "Labour doesn't win elections on core vote strategies" and needs to get a broad coalition of voters to support it, including those who backed the Tories in the south, the people tempted by Ukip in its northern heartlands, to those who have switched to the SNP in Scotland.

"The issue was whose vote we were trying to get together to get us over the line to put our policies into practice," she said. "The bedroom tax -- it was a very good policy to repeal it -- but we needed a broad-base coalition of people to vote for us in order to be in power to get rid of it.

"It means we have to think: what do we say to people who aren't affected by the bedroom tax, who are in work and play by the rules and are decent people. Who, if you ask them, will say the bedroom tax isn't right. But they fundamentally will also want to know what we are saying to them about them and their families.

"That is where we have to get perception of the party and our relationship with those voters right so they hear messages that affect them directly too."

Flint said Labour did not only have an issue around swing voters but a failure to mobilise some of its core as well. "We have to have an outward view that recognises we are not only trying to persuade swing voters to back is a job and a half to get our voters back from the SNP and Ukip," she said.

All these types of voter may not have heard enough about what Labour would do for them personally, she said. "We had a good campaign and positive policies about the future, on housing, on reforming the energy market, and childcare. The question is whether all these policies came together in a way that was being heard, that people could feel was meaningful for them and their families."

Flint said she would support whoeverbecomes leader, arguing she has proved herself as a media-savvy representative, who can go on the Today programme and Question Time on difficult days to defend what the party stands for.

She also pointed out her 35 years of experience in the party and the fact she was born in London but has represented a Yorkshire constituency, Don Valley, for many years. Flint had ministerial roles in the last government in public health and Europe, before resigning from Gordon Brown's team saying she was being treated as "female window dressing".

Asked about how she would deal with George Osborne across the dispatch box, if deputising for the prime minister, she said: "Oh I could handle that, bring it on."

Originally published here in The Guardian.