Caroline Flint and Father Stephen Edmonds are joining local historian Dave Glover and local residents to restore the graves of four veterans who gave their lives in the 1914-18 World War.

In this centenary year, the MP and local campaigners have established that the Church of England’s Sheffield Diocese still owns the small cemetery annexe where the graves are located, many years after the church closed in the 1970s. The headstones were removed in 1981.

Said Caroline: “Our aim is simply to tidy these graves, in this centenary year, and have them properly marked in honour of these brave men once again.” 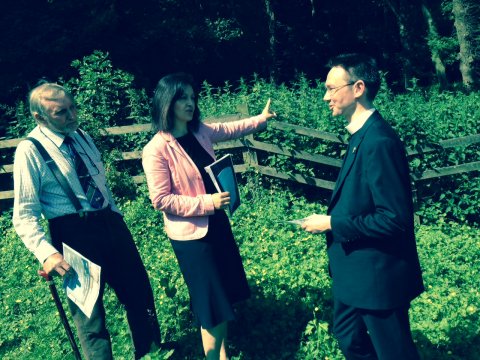 Said Father Stephen Edmonds: “The Parish of St John the Baptist, Edlington, is very keen to fulfil its responsibility to ensure that the graves of these servicemen are properly cared for and the site rejuvenated.”

Said Old Edlington resident Dave Glover:  “I’m delighted by the support I’ve received from Caroline Flint and Father Edmonds. There is no better time to honour these men who gave their lives and I’m more optimistic than ever that we will get the job done.”