Can we revive Britain's rust belt? - my speech at the Battle of Ideas 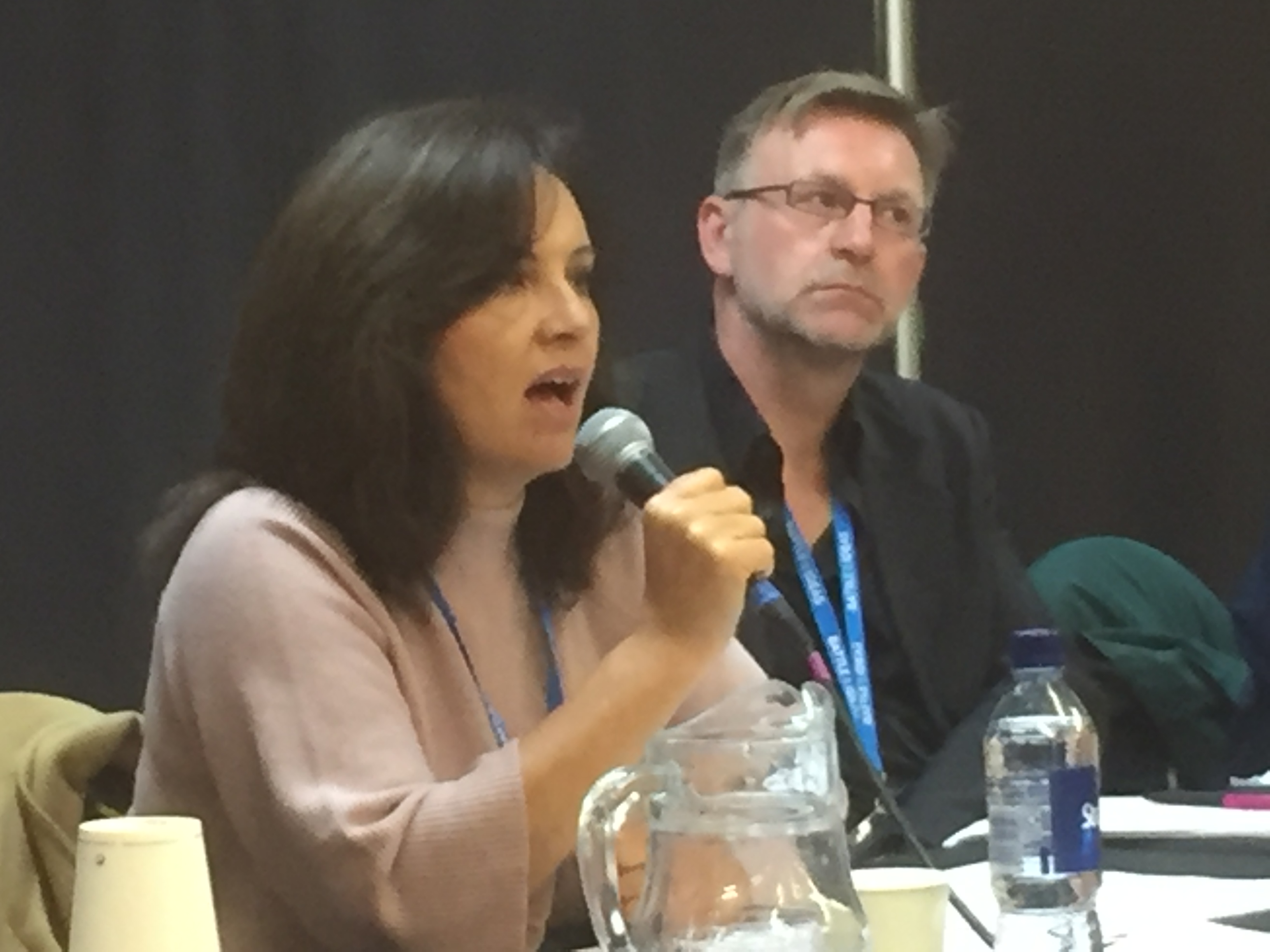 Read my speech to the Academy of Ideas, Battle of Ideas weekend, on 14 October 2018 about reviving our industrial heartlands and small towns.

Why are we talking about the rust belt?

The short answer is Brexit. The referendum ripped a scab off, revealing the feelings of many for whom the benefits of modernisation and globalisation seemed marginal.

They saw their concerns ignored at best, ridiculed at worst.

This had been brewing for a decade or more.

The story of Britain today is one of insiders and outsiders – winners and losers.

I have seen many improvements in the place I represent and live. New health services and schools alongside new businesses.
But nothing like the transformation in the same time in cities like Manchester, Cardiff, Glasgow and London. 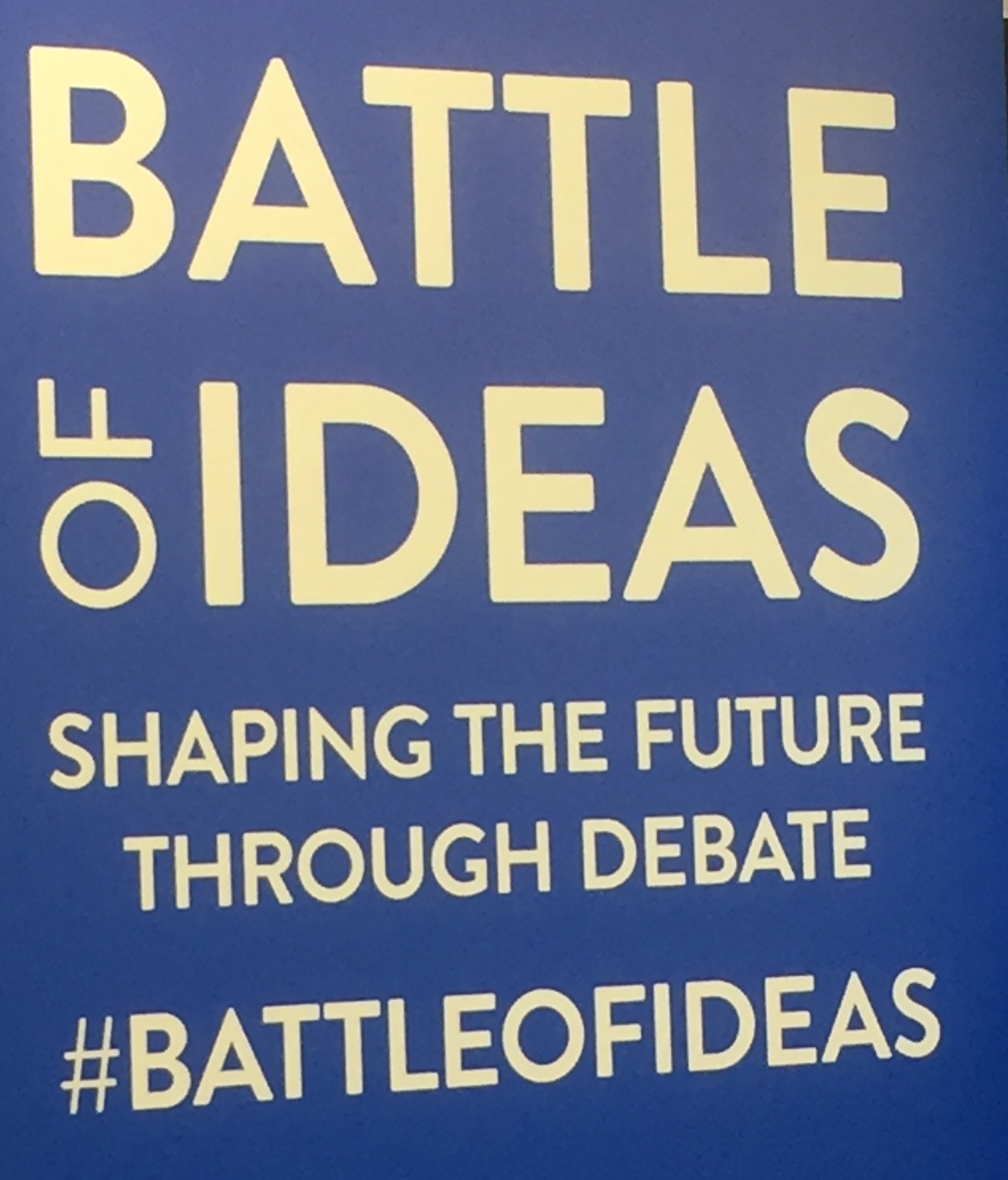 But there was enough going on in many communities for them to feel they were gaining from whatever was happening to UK plc.
But in the wake of the crash it became very clear that the advances of the noughties weren’t spread evenly. London, the South East and hot spots like the Cambridge-Oxford corridor were big winners.

The losers were the industrial heartlands; and Britain’s small towns.

“Left behind” sounds patronising, but industrial heartlands like South Yorkshire, Teesside, South Wales, once saw themselves as the engines of Britain. They had purpose.

Today many in those communities feel their best days are behind them; where nostalgia for the past competes with pessimism about the future. The younger generation can’t rely on the decent pay and conditions which was their parents and grandparents story.

My husband is from Teesside where in the ‘60s, British steel alone employed over 30,000 people. Well paid jobs for many without much formal education.

At its peak, there were 91 blast furnaces. Today, there is 1.

Younger generations emigrated to Canada, Australia and the Middle East or to the South of England.

The area lost jobs and the new jobs were lower skilled and poorer paid. This led to a slow depopulation and brain drain.
Companies and trade unions once provided the social life, clubs, works dances, sports days, and football teams – a common culture that bound communities together.

Today, some of those institutions survive, like the working men’s clubs linked to coal mining in my area. But the ties that bind have weakened.

The truth about economic decline is it doesn’t just affect prosperity, but also self-esteem, confidence and optimism.

The EU referendum revealed these feelings in stark terms. Anti-politics, anti-establishment and against a remote EU.

Outside of our prosperous university cities and London everywhere in England voted leave.

And did so, despite regions with the lowest economic output, like South Yorkshire being gainers from European grants. and in the North East, where despite car firms like Nissan in Sunderland, many of their workers still voted Leave.

How do we start to put things right?

First, we need to listen more and do fewer things better. This is hard because there is a never ending queue of people with a worthy idea.

NHS funding gives far more to London than the North.

Arts in the North would need an injection of £700million just to keep up with the arts spend in London.

We need to rebalance our economy.

Second - It is an absolute priority to connect our communities through transport and technology. We can’t recreate the volume jobs of the past, but we can transform access to new jobs, by improving transport links from outlying towns to economic centres and develop the supply chains to them.

For 17 years I campaigned for a link road off the M18. It was finally completed this year – 3 miles of road connects our airport and has led to 2000 jobs at our growing iport. It has reduced the travel times locally and for those who commute to Sheffield. People spontaneously tell me how great it is – I want to hear that more often.

Parts of my constituency have no or poor access to fast broadband.

The Northern landscape is not devoid of great businesses, innovation, creativity and ideas.

But with connectivity we could do so much more to shape our future, economically and socially.

Third, we need to answer the question “Why hasn’t Britain got the workforce it needs?”

There are very few people against all immigration, but many believe it is not fair or well managed.

Some employers have been quick to take advantage of free movement to the detriment of the local Labour market.

Not everyone can be a rocket scientist but the brutal truth is that the UK doesn’t train enough of its own population.

Fourth – education. Despite more young people going to university, too many still leave school after 11 years education without the right hard and soft skills, especially in our so called “rust belt” areas.

Young people love living in big cities. So we need adventurous policies – such as paying the commuting costs of bright young teachers so they can live in the big city and teach in the small town; or help with mortgages for those teachers ready to start their own family and move out of the city.

In the two years since the referendum result we should have begun to address these challenges.

Instead, too many have been reheating the Remain arguments of the referendum.

Until the politicians break out of this cycle, these communities will not get the attention they deserve.