Caroline Flint is calling on residents to back the campaign for a new English national anthem. 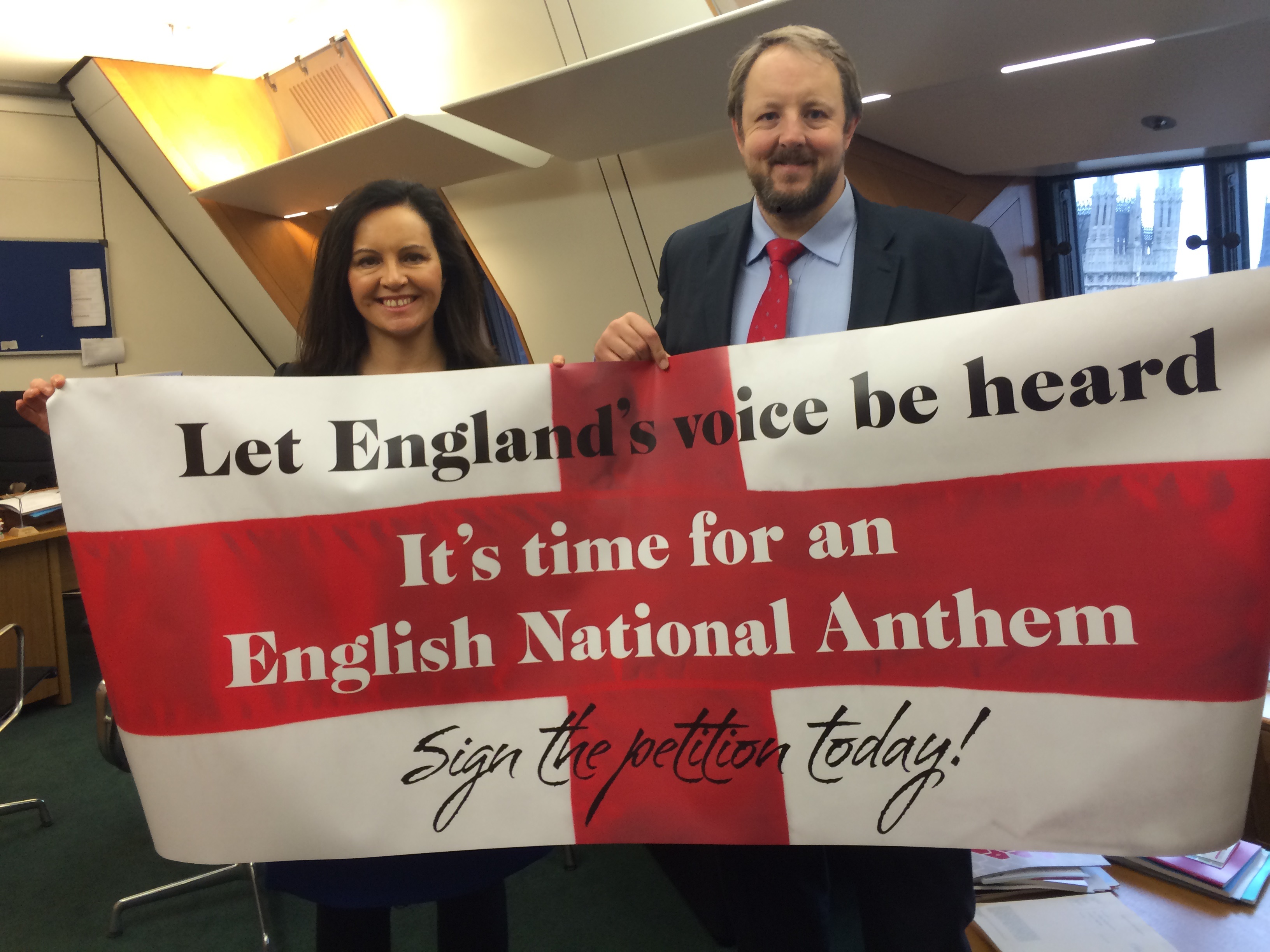 England Football and Rugby fans who support a new sporting National anthem for England are being encouraged to sign up to a new e-petition which was launched in parliament this week.

This follows huge public support for the idea of a new National anthem for use in sporting contests that followed a 10 minute rule bill brought forward by Toby Perkins on 14th January. Opinion polls showed widespread support for the idea in polls on Sky Sports (62%) and the Daily Mirror (71%) backing the plan. A further YouGov poll showed just 27% choosing to retain God Save the Queen in a poll which had Land of Hope and Glory coming out on top.

Other choices like Jerusalem, I vow to thee, my country and Swing low sweet chariot have also been mooted.

Said Caroline: “The time is long overdue to agree a new anthem when England, rather than Britain, is playing in a major sporting tournament, is long overdue.  There is huge public support for it.  But I want people to back this e-petition, show your support for an English national anthem and let’s get the Government to make a decision.”

If more than 100,000 people sign the e-petition, Parliament will debate the issue, which was first proposed by Toby Perkins MP in a Ten Minute Rule Bill.

Toby Perkins MP who launched the campaign, said: “The level of interest and support for this has been overwhelming, and I am delighted that there is now a chance for people to show their backing for the bill by signing our e-petition. We will be aiming to show the level of support that there is across the country for this, so that the government embark upon a proper consultation to select an English national anthem for use in sporting events when England are represented.

We want an Anthem - Caroline Flint and Chesterfield MP Toby Perkins get the message across.