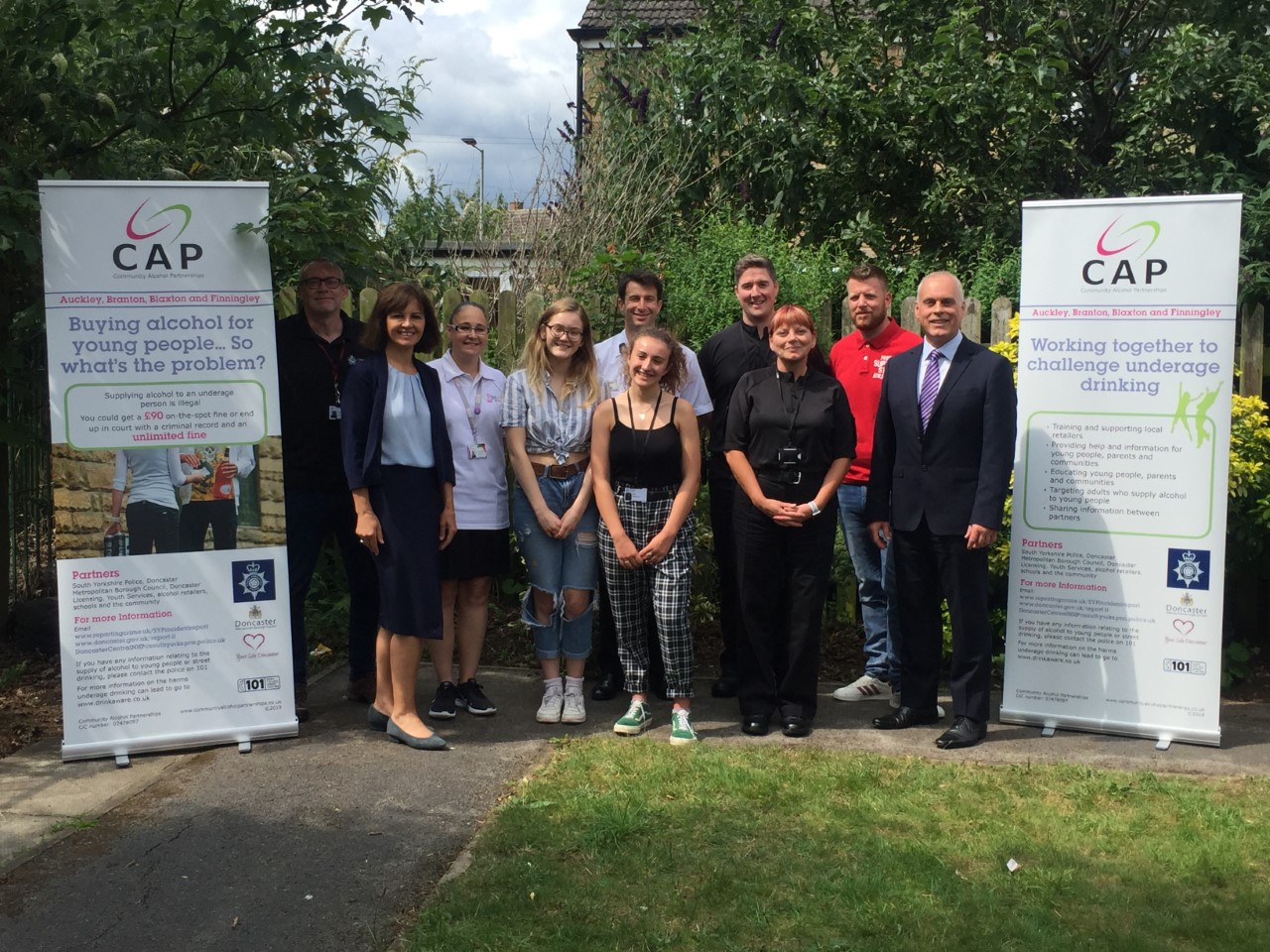 Caroline Flint has welcomed the launch of the Auckley, Blaxton, Branton and Finningley Community Alcohol Partnership (CAP) this week.

The Don Valley MP spoke at the launch of the community initiative.

The partnership was introduced after concerns were raised with police about levels of nuisance behaviour in Auckley, Blaxton, Branton and Finnningley.  A residents' survey revealed that two thirds of respondents were concerned about alcohol related litter, young people under 18 drinking in public and hanging around shops asking people to buy drink for them. 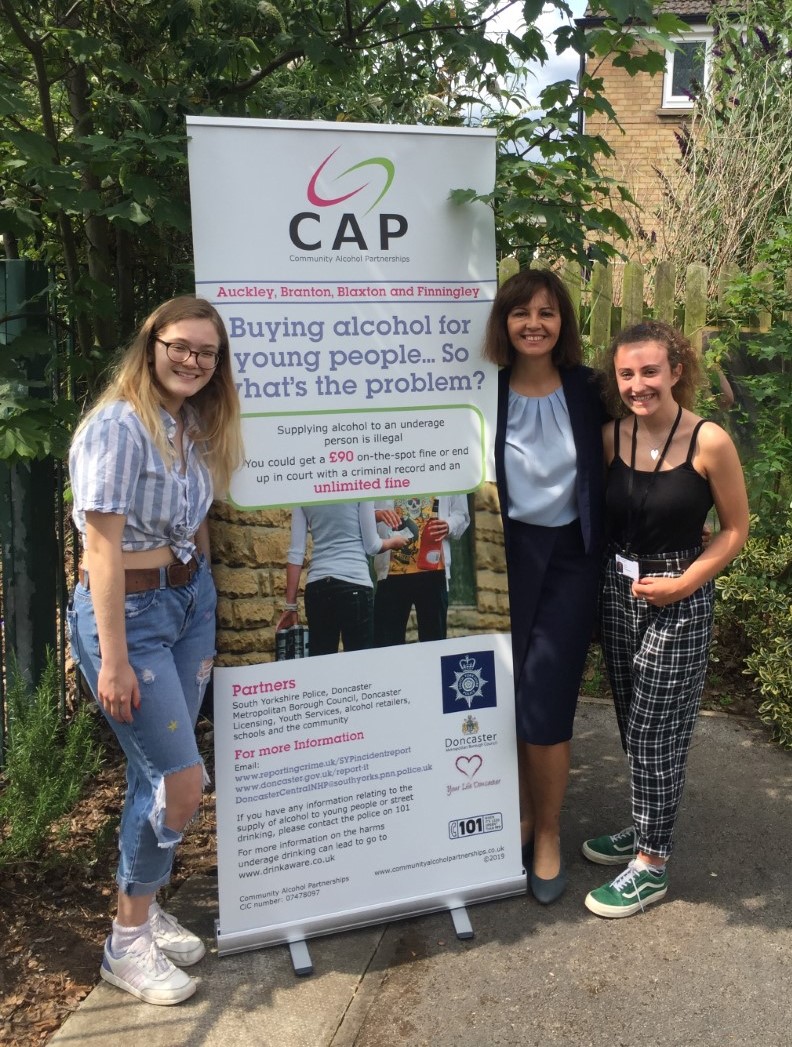 The Community Alcohol Partnership (CAP) was launched at The Zone in Auckley on July 11.

Left: Caroline with Alexia and Allanah