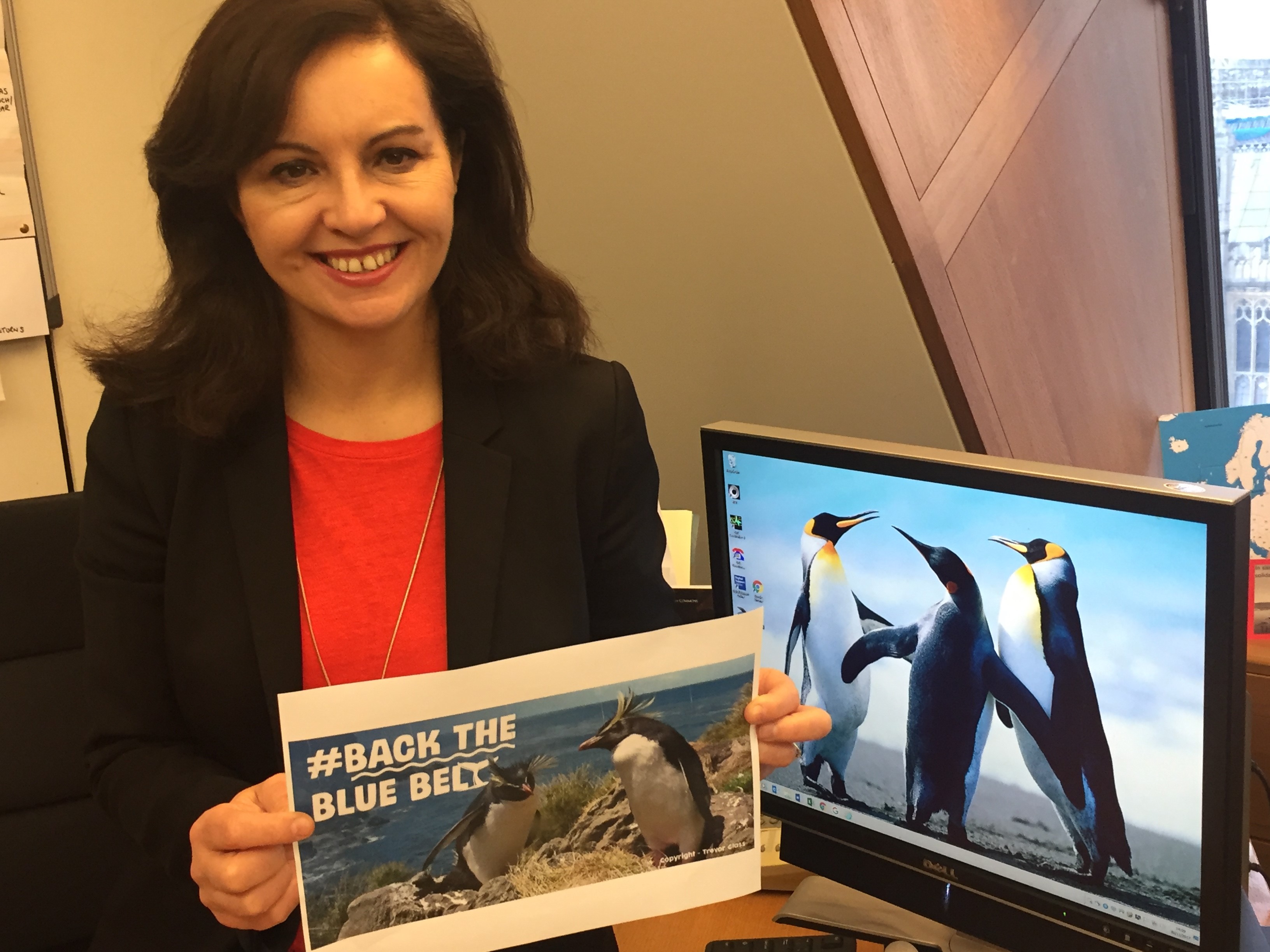 Caroline Flint has backed a call for the UK to be global leader in the protection of our oceans and the wildlife that depend on them.

The Don Valley MP has signed the Blue Belt Charter, promoted by the Great British Oceans Coalition, urging the UK Government to set an example in ocean conservation.

Said Caroline: “Over 12million people watched the first episode of Blue Planet II, but many viewers do not realise that the UK’s own overseas territories, support some of the richest marine life, coral reefs and wildlife in the world.

“It is UK territories that are home to a quarter of the world’s penguins, and to whales and turtles. Through concerted action to protect the seas around these territories – such as Ascension Island, St Helena and the South Sandwich Islands – the UK has influence over the fifth largest marine estate in the world.

“I’ve signed the Blue belt Charter to commit to extending great protection to the exceptional waters around these islands. If the UK, working with our overseas territories, achieves marine protection for these waters – over 2million sq. kilometres in all - we will have shown real world leadership.”