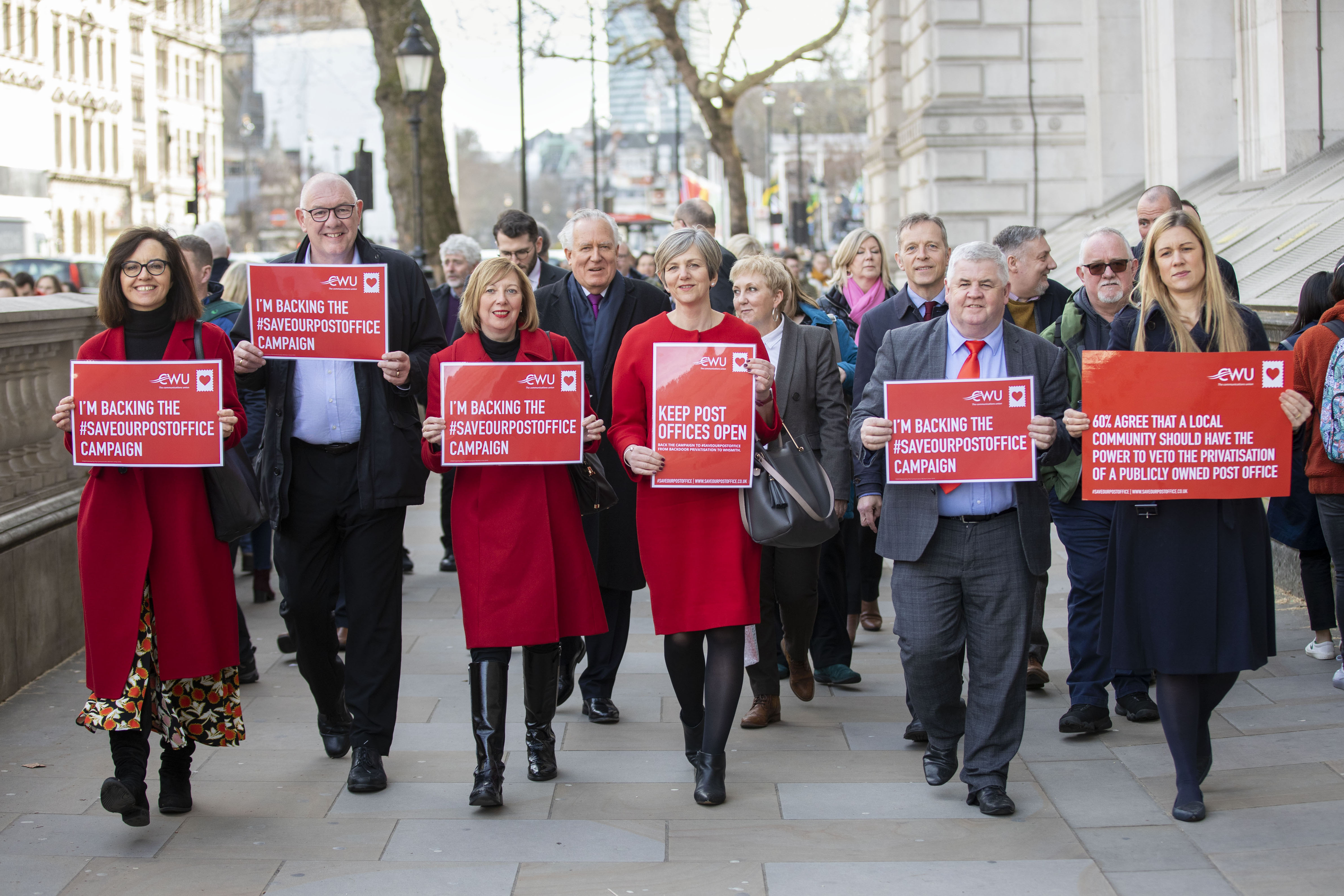 Caroline Flint joined Save Our Post Office campaigners to present a petition to Ten Downing Street to save the post office network.

Caroline said: “I am proud to stand shoulder to shoulder with CWU members up and down the country who are seeing crown post offices closed and their counters put in a corner of a WHSmith. 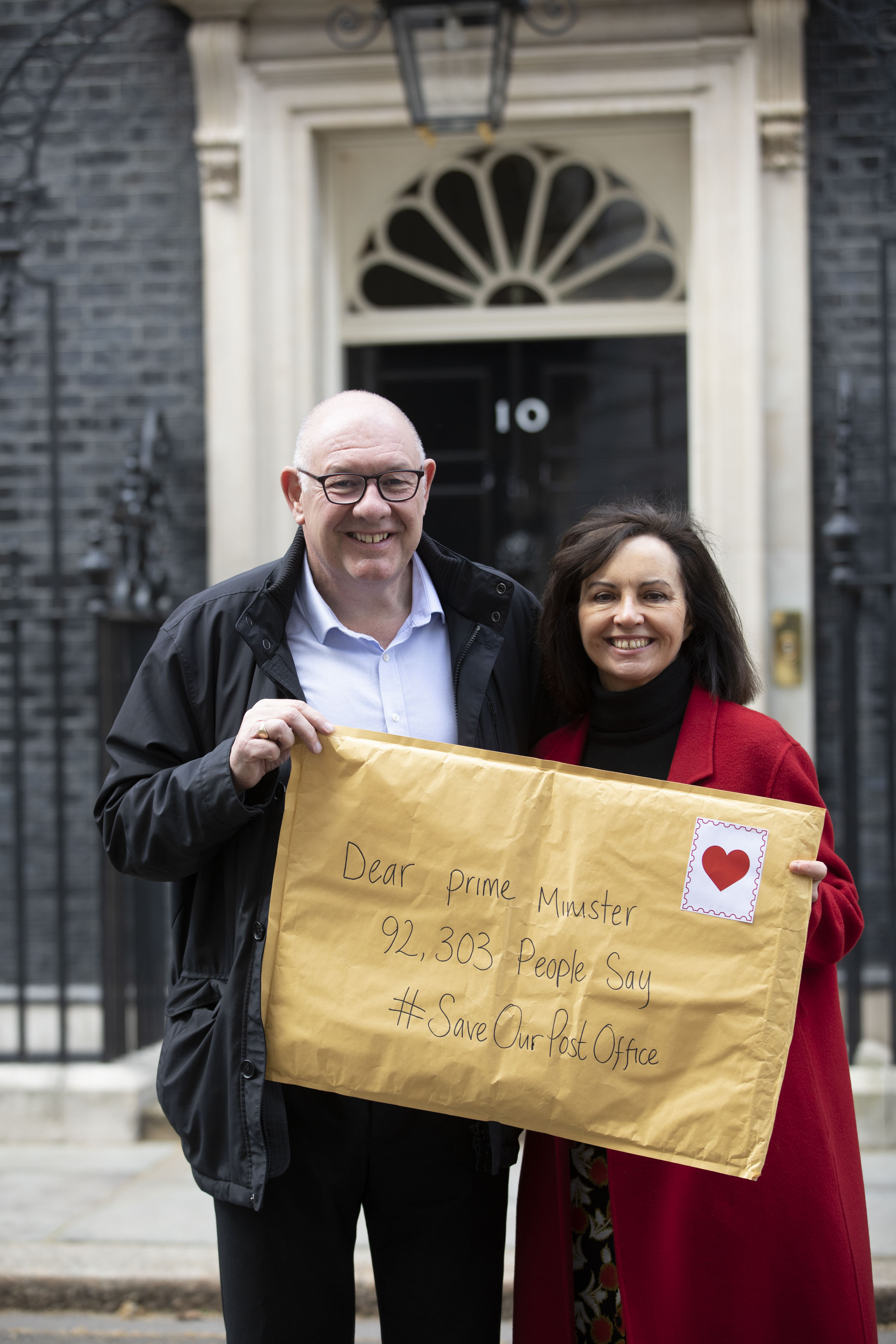 “It has become obvious for some months that turning major post offices into franchises; would see jobs go and new jobs advertised on poorer terms and conditions.

“I stand with the CWU which is fighting to save our nation’s cherished Post Office network.”

MPs joined CWU campaigners from across England to hand in their petition to Ten Downing Street.

Said CWU general secretary Dave Ward: “At a time when the government is claiming to be on the side of workers, it is an outrage that it is allowing well rewarded jobs to go from a public service, handing them straight to a second-rate employer like WHSmith – recently rated as the worst retailer on the high street who will undoubtedly provide a significantly inferior service.”

Said Caroline: “There was no case for closing major crown Post offices and franchising the jobs to WHSmith.  This is a profit-making arm of a national service.  I want the Prime Minister to know that this franchising may be a great catch for WHSmith, but it is a bad deal for customers and a bad deal for loyal workers of Post Office Ltd.”

Save Our Post Office was launched by the CWU in response to the announcement that 74 Crown offices are being franchised (privatised) to high-street retailer WH Smith – a move which will impact some 800 jobs and drastically cut services to communities. 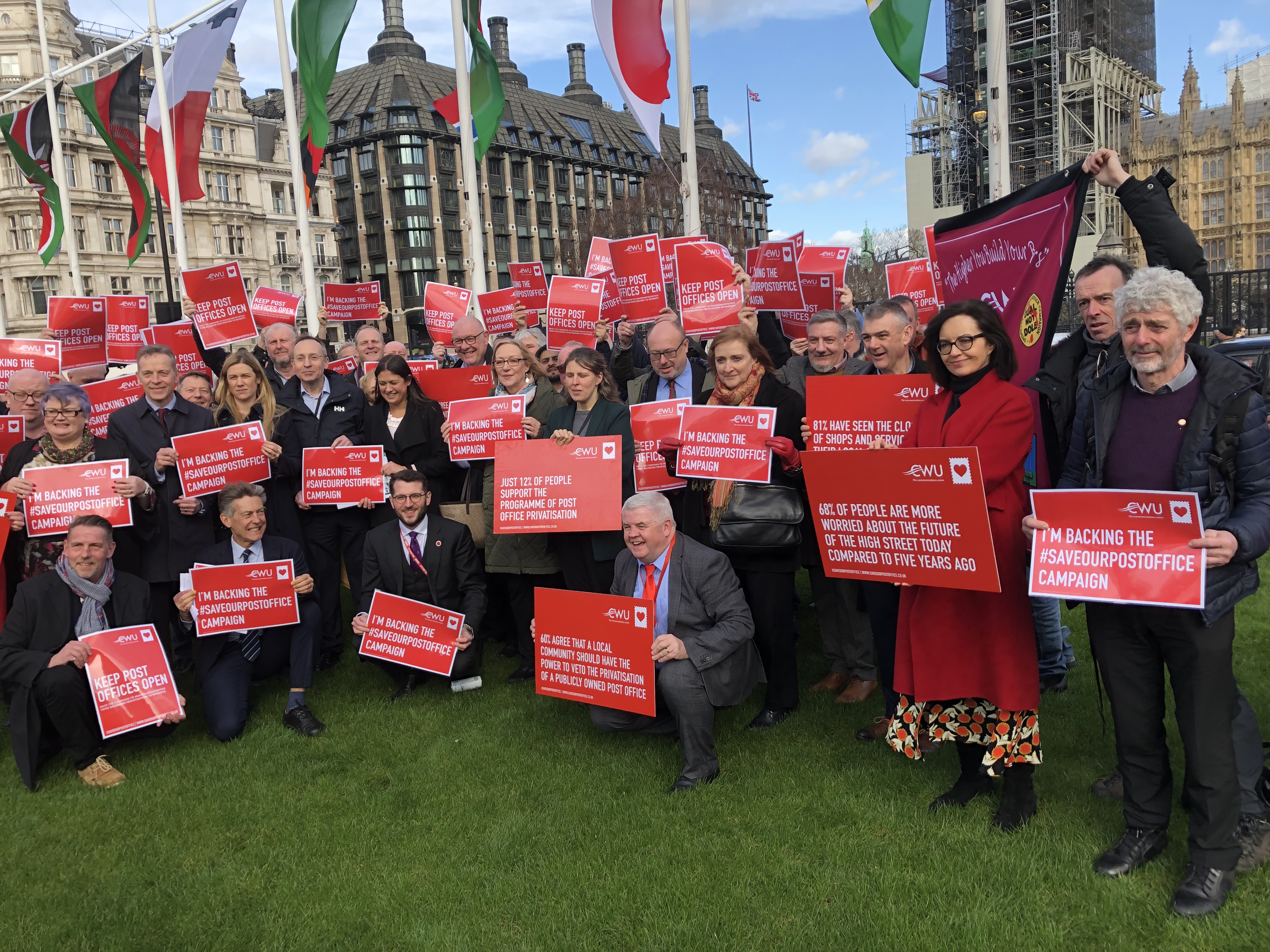 To find out more about the campaign go to http://www.saveourpostoffice.co.uk/