Caroline calls on Government to 'Protect the Protectors' 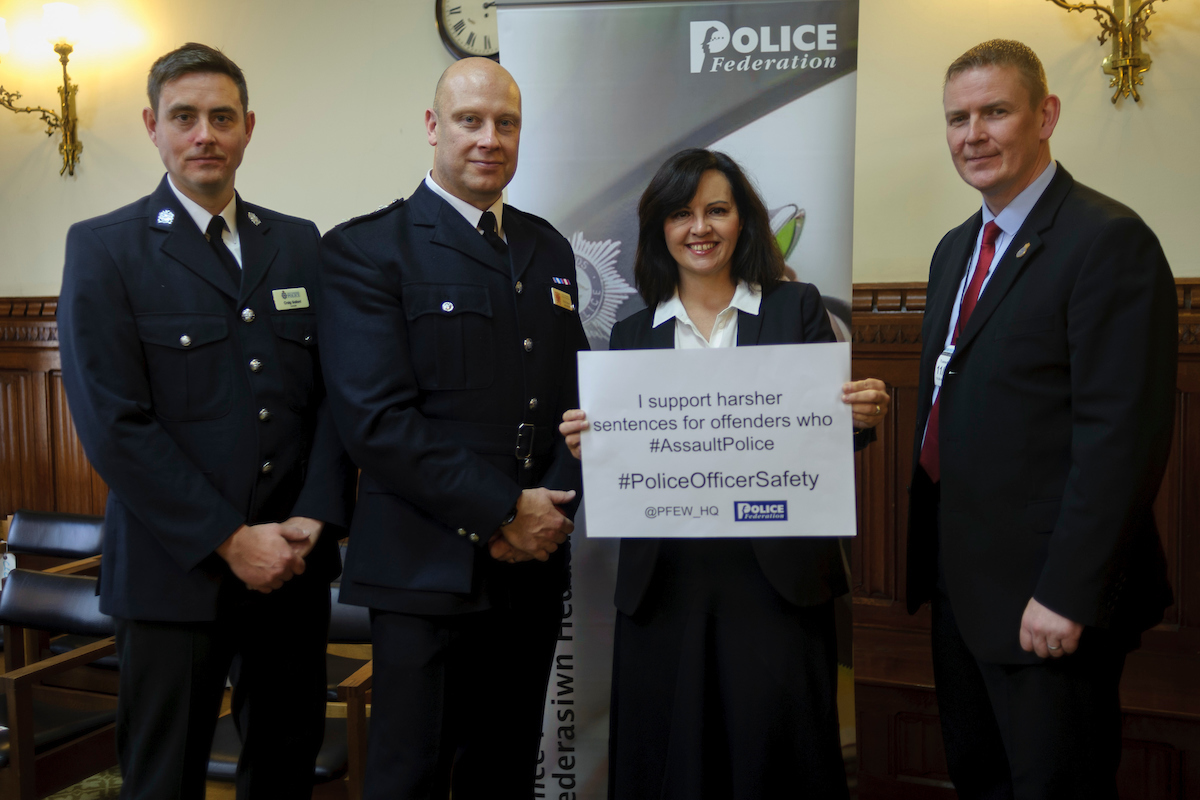 Parliament, and backing a debate on police officer safety.

The Don  Valley MP is backing calls for tougher sentences for anyone who assaults a police officer.

Said Caroline: “It was great to meet Police Federation representatives in the Commons to discuss the problem of violence directed at police, and I was pleased to support a debate led by Halifax MP, Holly Lynch, to highlight the shocking extent of the problem.”

During the ‘Protect the Protectors’ event in Parliament, Caroline discussed the latest assault figures and discuss how violence towards the police affected their ability to protect their communities.
The most recent Home Office figures on police officer assaults show that there were approximately 23,000 assaults on Police Officers, with over 265 assaults in South Yorkshire alone, in the last financial year.
However even this is thought to be an underestimate as the Home Office believe that many assaults go unreported. In addition some police forces, including South Yorkshire, appear not to collect data recording the total number of assaults meaning that the national figures provide an incomplete picture of the situation.
Nick Smart, chairman of West Yorkshire Police Federation, which represents police officers said: "An assault on a police officer is an assault on society and more needs to be done to keep them safe. Officers accept the risk and the public also understand the dangers of the job, but the amount of assaults taking place is alarming,"
Caroline said: “This week, MPs have been asking the Home office to record all instances of assaults on officers. We have to understand the real scale of the problem, and do something about it.
“We are also calling for tougher sentences for those who assault the police. The courts must be able to provide a strong deterrent against attacks on our front line officers.”
Note to Editors
Photo: Protect the Protectors: l to r PC Craig Gallant (West Yorkshire Police), Nick Smart (Chairman, West Yorkshire Police Federation), Caroline Flint, Calum Macleod (Vice-Chairman, Police Federation of England and Wales).
For an assault on a police officer, the maximum sentence for actual bodily harm remains 5 years, the same as an assault on any citizen, although if the assault was on a police officer in the execution of their duty the courts would deem this an aggravated offence, therefore more likely to carry a maximum sentence rather than a modest one.