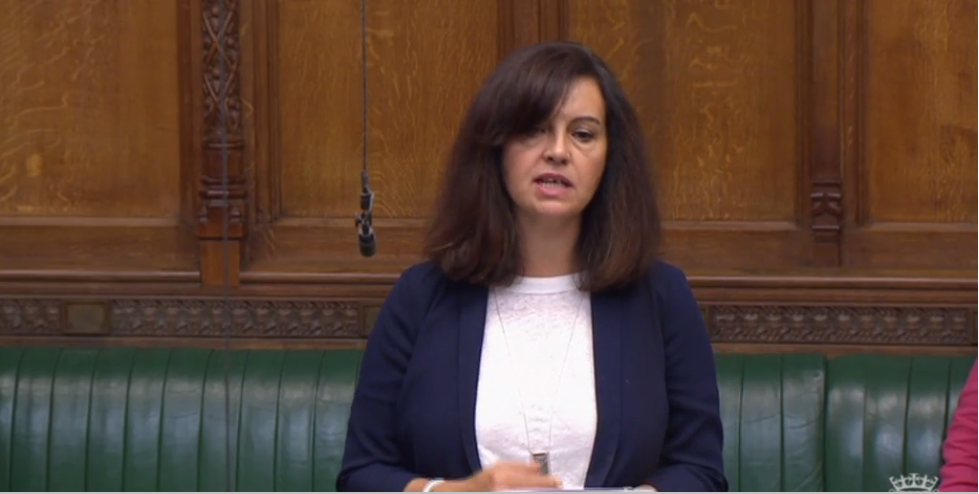 Watch my speech in the debate on the Gracious Address (Queens Speech).  Click HERE or on the photo.

Or read the full text below:

It is a pleasure to follow the right hon. Member for Loughborough (Nicky Morgan).

Our economy is still too imbalanced and London-centric—too reliant on the services sector and still not adequately skilling up the next generation for not only the economic challenges ahead but the technological advances that will affect a huge number of jobs. It is also hampered by failing markets such as the energy market, which hurts consumers and businesses.

In no policy area is that imbalance more acute than infrastructure investment. Last year, the Institute for Public Policy Research reported that while London receives £1,870 per head on infrastructure spending, Yorkshire and the Humber receives £250 per head. For a 10th of the cost of Crossrail—about £150 million—a new east coast mainline spur and railway station at Doncaster Sheffield airport could be built. That would bring an extra 6 million people to within one hour’s travel time of the airport. That is how the Government can help to rebalance our economy.

The Finningley and Rossington regeneration route scheme, now known as the Great Yorkshire Way, already demonstrates what good local infrastructure can achieve. Phase 1 of the Great Yorkshire Way link road has heralded the iPort development, a £400 million inland port project and one of the UK’s largest logistics developments. It includes manufacturers and companies such as Fellowes and Amazon. By the end of 2017, the iPort will support 1,200 jobs as Doncaster becomes a logistic gateway for the north, connecting the Humber ports to road, rail and airports. Despite all that, there was no mention in the Queen’s Speech of developing local infrastructure projects—no acknowledgment about the lack of balance not just between the north and south, but often between the east and west. That is a great disappointment.

The Gracious Speech includes Bills on automated cars, electric vehicles and satellite technology. I am sure that that is right, but today a third of my constituents—and therefore potential businesses—do not have access to superfast broadband. Forget about satellite technology: they just want decent broadband. Talk about the superhighway—we just want to be on the highway. The Government’s delivery has clearly faltered on this. We have ​had many statements to this House, and the problem needs to be addressed with urgency. As the right hon. Member for Loughborough said, this is what gets under the skin of our voters: all they hear is about yet another initiative, when current initiatives are not being delivered on the ground.

It is important to mention Brexit. I want a clear commitment for Doncaster’s businesses. The Government could say now that their aim is a period of no change for business: no shocks, no cliff edges and no sudden rewriting of the terms of trade—a smooth exit from the European Union. I do not accept that anything less than full membership of the single market is a hard Brexit, which is why I cannot vote for amendment (g). What we need is certainty and tariff-free trade, and a very clear acknowledgment that we will maintain many of the existing regulations and frameworks as well as longer transitional plans beyond the cut-off date as we leave. To assist, for cross-party support, I would suggest putting my right hon. and learned Friend the Member for Holborn and St Pancras (Keir Starmer) on the negotiating committee.

I hope that the Government will use their trade Bill to ensure that robust measures are in place to tackle unacceptable trading practices, such as the dumping of steel, and to ensure that there are robust remedies that the Government will back, acting as the champion and guardian of British business once we leave the EU. But the essential component of this strategy should be skilling up our talent while upskilling those already in work. Why, in 2017, has the UK not got the workforce we need? Why do we continue to rely so much on imported workers when we could be training more of our own? If we are ending free movement as we know it, it will prove to be a hollow promise to voters if the Government have to fall back on migration because they fail year after year to deliver enough skilled or unskilled workers for key jobs in the public or private sector. The new rail college in Doncaster will help, but it is not enough.

This week, the Prime Minister replied to my question about vacancies caused by skills shortages by reaffirming a commitment to technical education. The Prime Minister must deliver on that promise, and she could start by giving the green light to the bid for a university technical college for Doncaster, which would transform the lives of the next generation of engineers, designers and manufacturers, providing them with the skills they need to do the jobs they want and, more than that, providing local employers with the workforce they need. I urge the Prime Minister once again to back the bid and get a new technical college built in Doncaster.

Finally, as my right hon. Friend the Member for Doncaster North (Edward Miliband) said, the Prime Minister speaks fine words about energy price caps, but what the policy is has become less clear. In fact, after 2015, in the light of the Competition and Markets Authority report, I recommended a cap on the prices that those on standard variable rates pay. We need to know where we are going, because the Prime Minister is dithering once again. We need to ensure that the overcharging that has persisted over the past eight years is stopped.​

This could have been a better Queen’s Speech, but it will be remembered for the many issues the Government have ducked or sidelined. Just when we needed a detailed plan for jobs and the economy, we got an unnecessary general election and a paper-thin legislative programme. Governments should do so much better. That is what our country deserves.