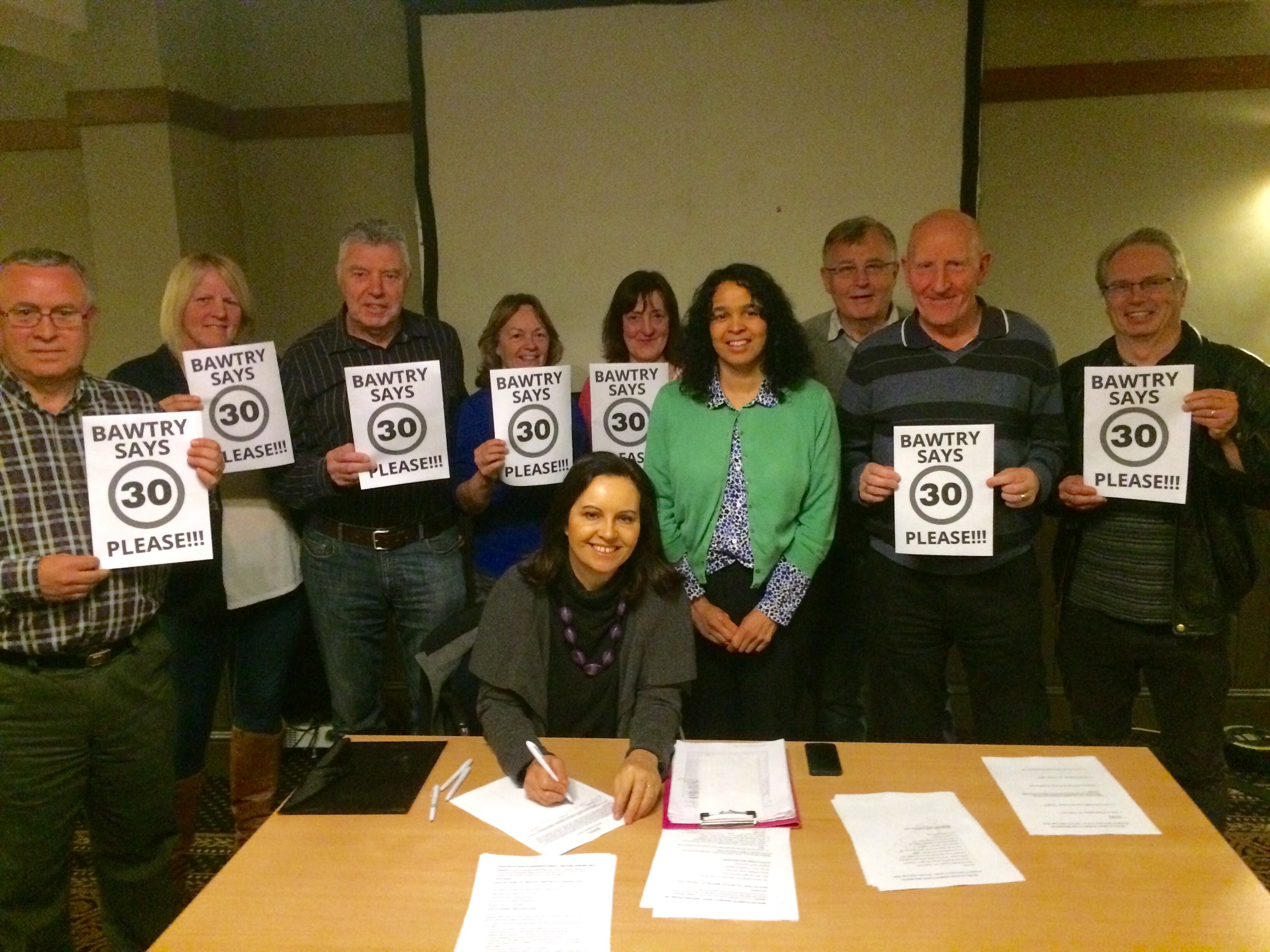 A new campaign to reduce speed limits in Bawtry was launched this week.

Don Valley MP Caroline Flint joined Cllr Rachael Blake and the Bawtry Residents Group to become the first signatory on their petition to have the speed limit in Bawtry reduced to 30mph throughout the town.

At a meeting of the Residents Group, held at the Crown Hotel, the MP became the first signatory to a new petition.

Caroline told the meeting: "For too long, engineers in the highways department have set speed limits and it is hard to persuade them to change.  But there are signs of a change in attitudes, particularly near schools. We have recently seen the speed limit at the McAuley School reduced to 30mph; the same is due to happen at Hayfield School. Some years ago, we managed to have the speed limit though Austerfield reduced to 30mph.  And we have a Mayor who is more concerned about reducing speed limits, particularly near schools. There will always be some who drive recklessly, ignoring any limit, but most people take notice."

Speaking about Bawtry, Ms Flint said: "For some years I have campaigned to have the limit on Doncaster Road, Bawtry reduced to 30mph.  This stretch of road includes a crossing point for children from the Mayflower School.  I am delighted to support the residents' petition."

Doug Cartwright the chair of the Bawtry Residents Group said ‘it was great to see so many residents at the meeting for the launch of our petition and to have the support of both Caroline and Rachael was the icing on the cake for the campaign launch’.

Speaking after the meeting, ward councillor Rachael Blake said: "Caroline Flint's support is very welcome.  The residents group, the primary school and the Town Council all support a 30mph limit.  Bawtry should be somewhere where our residents of all ages can safely cross roads, cycle and feel safe walking around the Town. Reducing speed limits will help to do this. We are very hopeful that we can persuade the Council's Highways department to make this change."