Caroline Flint Takes a Stand to back Cancer Research campaign 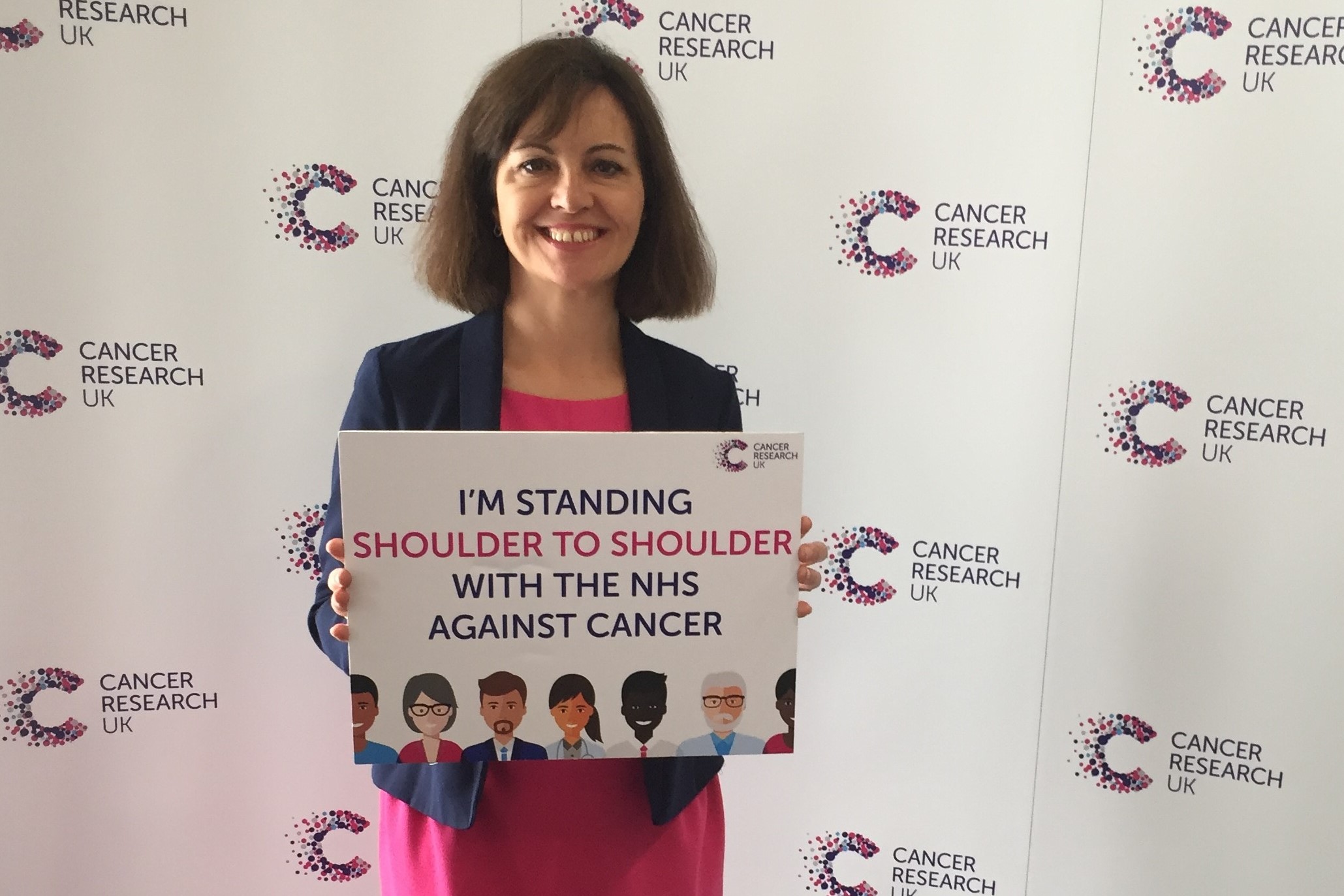 Caroline Flint is demanding the Government stands shoulder to shoulder with the NHS in the fight against cancer.

The Government is promising that 3 out of 4 cancers will be diagnosed during their early stages.

But one in ten NHS posts that help diagnose cancer are unfilled - and caroline Flint is demanding action.

Said Caroline:  "New health clinics and hospital refurbishments are welcome, but the Government has to back it up by training sufficient staff and there are few more important posts than those who do the diagnostic testing for cancers.

"I support the Cancer Research campaign.  In my view, the NHS is over-reliant on staff from overseas to fill the gaps, when we could be developing and training more of our NHS workforce.

"The Government has promised that in the next ten years, 3 in 4 cancers will be in diagnosed in the early, more treatable stages.  If the NHS achieves this, thousands more people will survive cancer.

"But without the staff, this ambition will never be met.

"Anyone who has lived through cancer treatment or has a family member who has, knows the fear and uncertainty of waiting for test results.  Every delay adds to that fear and increases the chance of losing the fight.

"Cancer patients have been patient for too long, while the NHS has struggled under this Government year after year.  Meanwhile, the NHS is failing to meet its cancer targets and the UK drifts behind on global cancer survival rates. As our population gets older, this will only get worse, unless the Government raises its game.

"I want the Government to give the NHS a fighting chance of beating cancer - and I will be writing to the Health Secretary to press for training greater numbers of diagnostic staff."