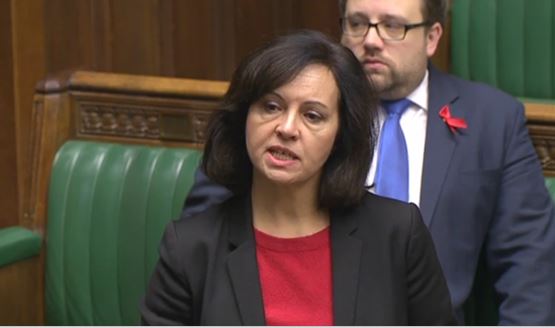 “I fully support the LGBT community and welcome this important debate on transgender equality.

“The issue of concern I raised during today’s debate was about women’s safety at the hands of men.  I fully appreciate the risks faced by the transgender community, who live with violence,  intimidation and hate crimes.

“I do not want women preyed upon by, or vulnerable to, male violence in shared spaces, if it could be avoided. A woman friend reported leaving the cubicle of a gender neutral pub toilet to be confronted by five drunk men, one of whom urinated in a sink while she was washing her hands.  The chances of that happening in a women’s toilet would be minimal.

“There has to be room for a progressive discussion which addresses transgender discrimination and rights, alongside that of women’s safety.”

The issue raised by Ms Flint was discussed by Sarah Ditum in an article in the New Statesman.
http://www.newstatesman.com/2016/11/whats-missing-transgender-debate-any-discussion-male-violence Please click HERE to watch Caroline's intervention.