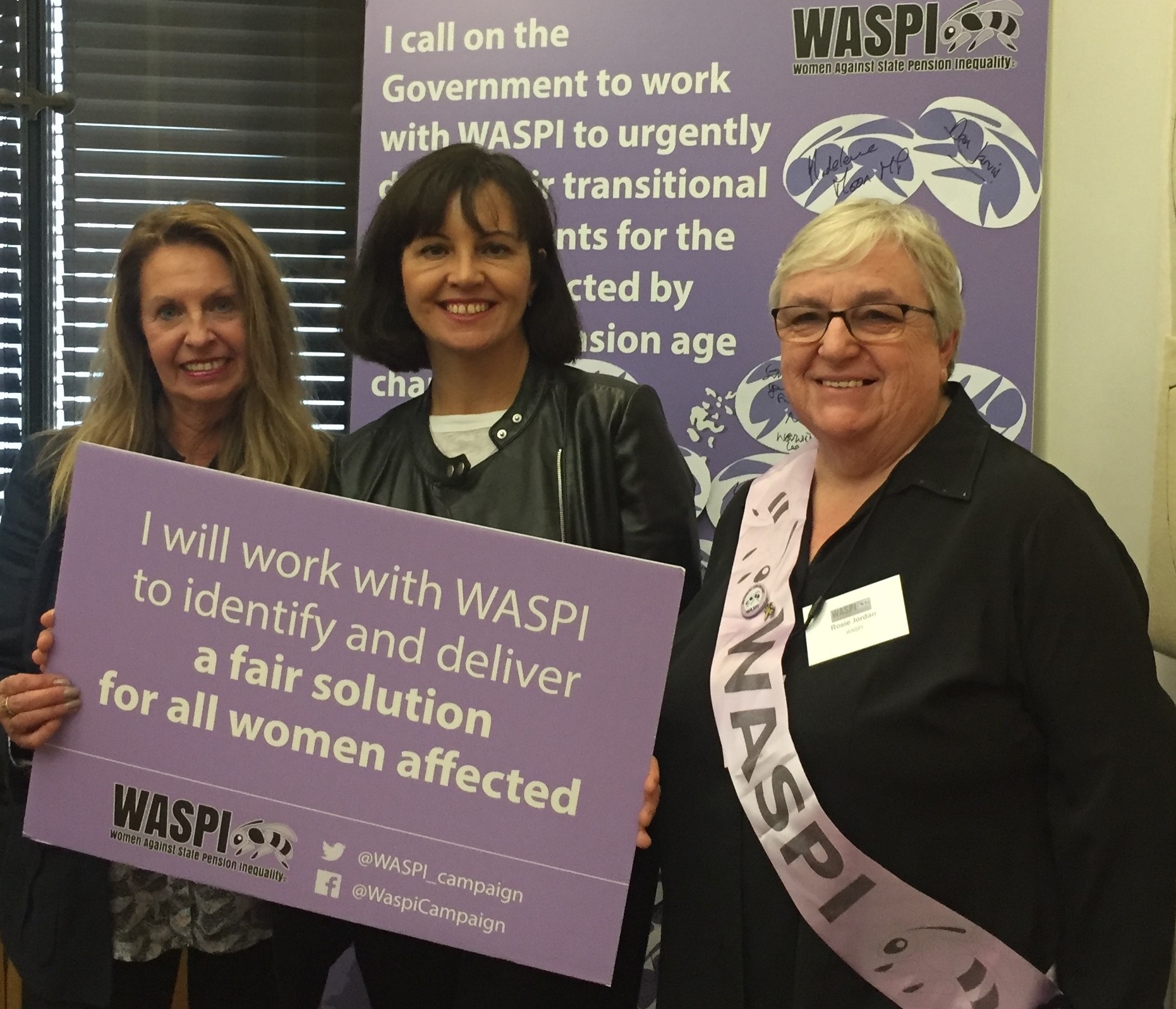 Caroline Flint met with local Women Against State Pension Inequality (WASPI) in Parliament this week and pledged her commitment to fight for a fair transitional State Pension arrangement for all WASPI women.

Caroline took part in the WASPI lobby of Parliament, that saw over 20 WASPI Women and 120 Parliamentarians gather in Parliament to call on the Government to commit their support in helping find a solution for WASPI women.

Caroline said: “I’m proud to add my name to the call for a better deal for WASPI Women, especially: 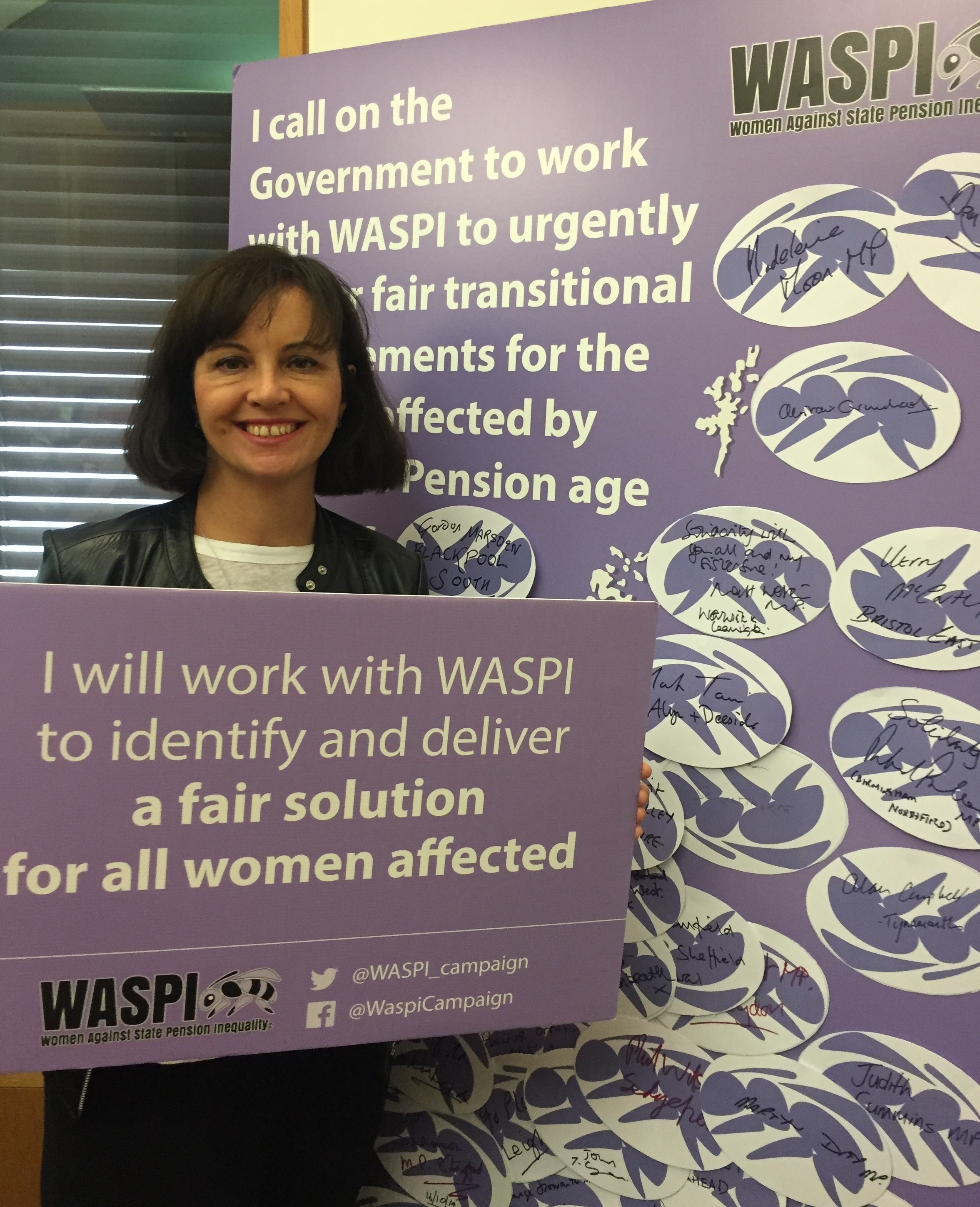 “I have no hesitation signing the WASPI’s pledge to demonstrate my commitment to WASPI Women. There are over 6,500 women in Don Valley who are suffering financial hardship as a result of the lack of notification of Government pension changes. I want to see every one of those women getting the fair deal they deserve.

“If this Government will not deliver for WASPI women, I am determined that Labour will.”

WASPI is a campaign group of approximately 3.8 million women born in the 1950s who were affected by changes to their State Pension age, which were implemented in the 1995 and 2011 Pensions Act.