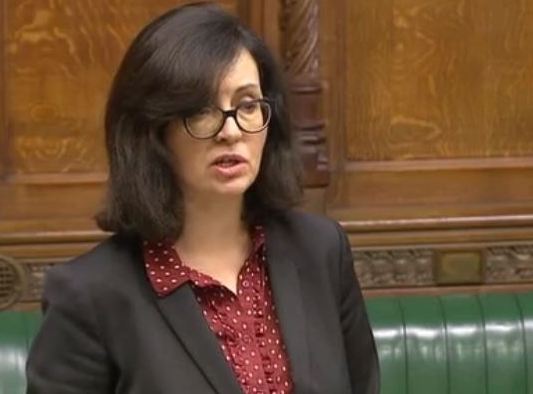 My verdict on the Government's management of prisons - see my speech in Parliament.

Read the full speech below:

I have three prison establishments in Don Valley: HMP Hatfield, which is an open establishment; HMP Moorland, which is a category C secure prison with 340 sex offenders, 260 foreign prisoners from 40 nationalities and 480 other cat C ​prisoners; and HMP Lindholme, which has 1,000 prisoners in a cat C secure prison. In Doncaster itself and the Doncaster Central constituency, there is another prison, which is a private establishment. I have visited these prisons over many years, and the relationship has been good, with the community assured that whatever is happening in the prisons it is not having an adverse effect on them, although we have seen a rise in the number of people absconding from the open establishment.

I know that this is a very difficult area. One of the things of which I was most proud when I was a Minister in the Home Office was the introduction of drug testing on arrest for acquisitive crime, so that the drug problem that was leading people to steal could be identified, and people could be put into treatment even before they ended up in court. I believe we should do everything we can to address the causes of crime, as well as being “tough” when people break the law.

The Government have owned up to the problem. It has been acknowledged in the White Paper that the levels of assault on staff are the highest on record and rising. Comparing the year to June 2016 with the same period in 2012 shows that total assaults in prisons are up by 64%; assaults on staff are up 99%; incidents of self-harm are up 57%; and deaths in custody are up 75%. So prisons are less safe for staff, but they are also less safe for prisoners. As the Lord Chancellor wrote in November,

“almost half of prisoners commit another crime within a year of release”.

So the system is failing to rehabilitate and, as such, is failing to protect the public from further crime. As she also wrote in November in the Daily Mail,

“What is clear is that the system is not working.”

If we look at violence in prisons, we find that the latest safety in custody statistics show for the year up to September 2016: 324 deaths in prison; 107 self-inflicted deaths; a doubling of self-inflicted deaths among women prisoners—from a low base, but importantly up from four to eight; and over 36,000 cases of self-harm, which is a staggering 426 incidents of self-harm for every 1,000 prisoners. The figures also show 10,544 prisoners self-harming and 2,583 hospital attendances, with injuries serious enough to require hospital treatment, with the added pressure that places on staff who have to escort them, leaving others to deal with situations in prisons that have seen reductions in staffing.

In the year to June 2016, there were 23,775 assaults, an increase of 34%—that is 278 assaults for every 1,000 prisoners—and 3,134 serious assaults, an increase of 32%. This is not a happy situation, as we know from the trade unions working in the sector, whether we are talking about the Prison Officers Association, Community or, for that matter, Unite. A constituent of mine works in a prison providing training to rehabilitate prisoners ​and help them to find jobs when they leave. Little is said about the prison employees who, if staffing levels are not sufficient, could also be on the receiving end of assaults.

I was disappointed that the Secretary of State did not meet members of Community, which represents most of the staff in private prisons, to discuss its charter for safe operating standards. Like the POA and others involved, Community has come up with some very constructive practical suggestions, but it worries me that, according to the union’s research findings, it is common for one officer to be on a wing containing at least 60 inmates. I should be interested to hear from the Minister how the Government will ensure that lone working ends as part of their attempts to find better ways of making prison work.

There is much in the White Paper that needs to be discussed. It refers to improved training for staff, the piloting of body-worn video cameras, and cognitive skills programmes for prisoners so that they respond to problems without using violence. I approve of all that. The White Paper also recommends that governors should have more freedoms. I can tell the Secretary of State that in one of the prisons in my constituency, the turnover of governors over the last decade has been enormous. We need governors who can stay put and bring about any changes that they want to introduce.

I am sure the Secretary of State agrees that staffing is still key to improvements in our prisons. Prisons need stable staffing so that people can work with prisoners, but also with each other, to the best possible effect. The Secretary of State has promised 2,500 more staff, but that will not return staff numbers to their 2010 level. During justice questions yesterday, the Government claimed that the 2,500 figure meant 2,500 extra staff members, but in answer to questions in the Justice Committee on 29 November 2016, the Under-Secretary of State said that it meant recruiting 8,000 staff in the next two years—1,000 per quarter. That is two to three times the rate of recruitment achieved in recent years, and it looks to me like a tall order.

The number of operational staff at HMP Lindholme, in my constituency, fell from 352 in March 2010 to 296. That is a loss of one in seven staff in three years. In HMP Moorland, the number fell from 386 to 354, which is a 9% drop in three years. Between 2015 and 2016, 300 to 800 prison officers were recruited in each quarter, but even that has failed to stem the shortfall. Moreover, we are dealing with an ageing prison population. It is important to look at new ideas for the support and rehabilitation of prisoners, but without the right staff numbers I think that that will be a tall task, if not impossible to achieve.