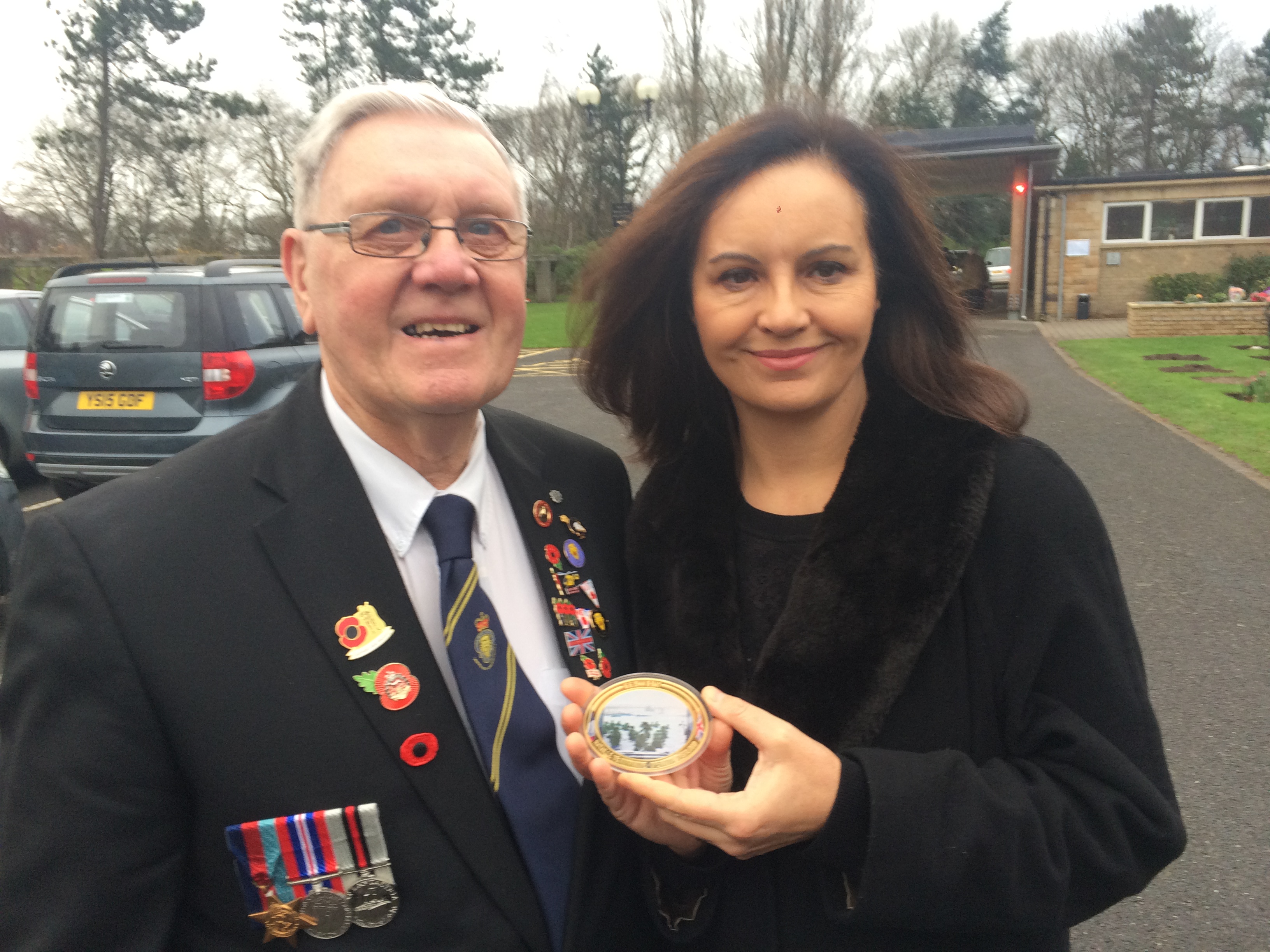 Don Valley MP Caroline Flint, local councillors and the  Civic Mayor were among hundreds to attend the funeral of Eric Gill, the honoured veteran of World War II who who passed away aged 99.

British Legion Veterans lined the driveway of Rose Hill Crematorium to form a guard of honour for the hearse, at 2pm on Friday, December 18.

The large crowd fell silent as 2pm approached, but broke into applause as the hearse arrived.  Accompanying the hearse were Mr Gill's relatives who had travelled from Bournemouth and Australia.

There were fears that the service for Mr Gill would be poorly attended as he has few living relatives in the UK.

Eric Gill, of Nelson Road, Edlington, died on 30 November 2015.  He fought in the West Riding Infantry in World War II. He was awarded the Legion d’Honneur by the French government earlier this year.  This honour was granted to all veterans who took part in the liberation of France in World War II.

Photo shows Caroline Flint with veteran Chas Prouten.  Caroline is holding Chas commemorative plaque, a memento for all soldiers who took part in the D-Day Normandy landings on 6 June 1944.