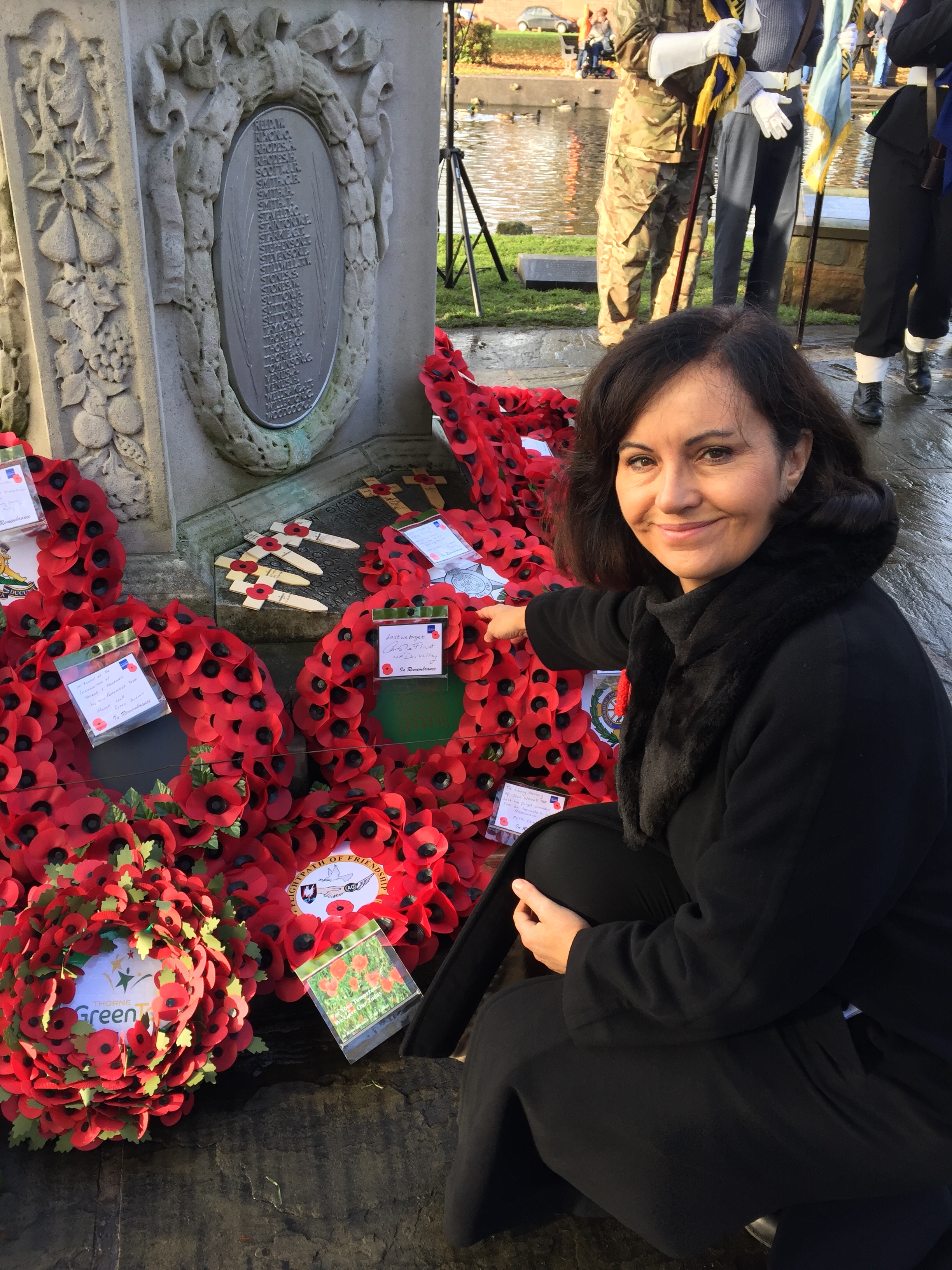 Susan Durant, Mayor of Thorne & Moorends and Cllr Mark Houlbrook, also a parish councillor also took a salute from the parade after the wreath laying ceremony in the Memorial Park.

Said Caroline: "Over 200 people joined the Remembrance Service in Thorne and I was proud to stand with local councillors Mark and Susan in honour of our fallen.

Records show that the oldest of Thorne's heroes lost in conflict was just 45 years old.  Most were just young men.