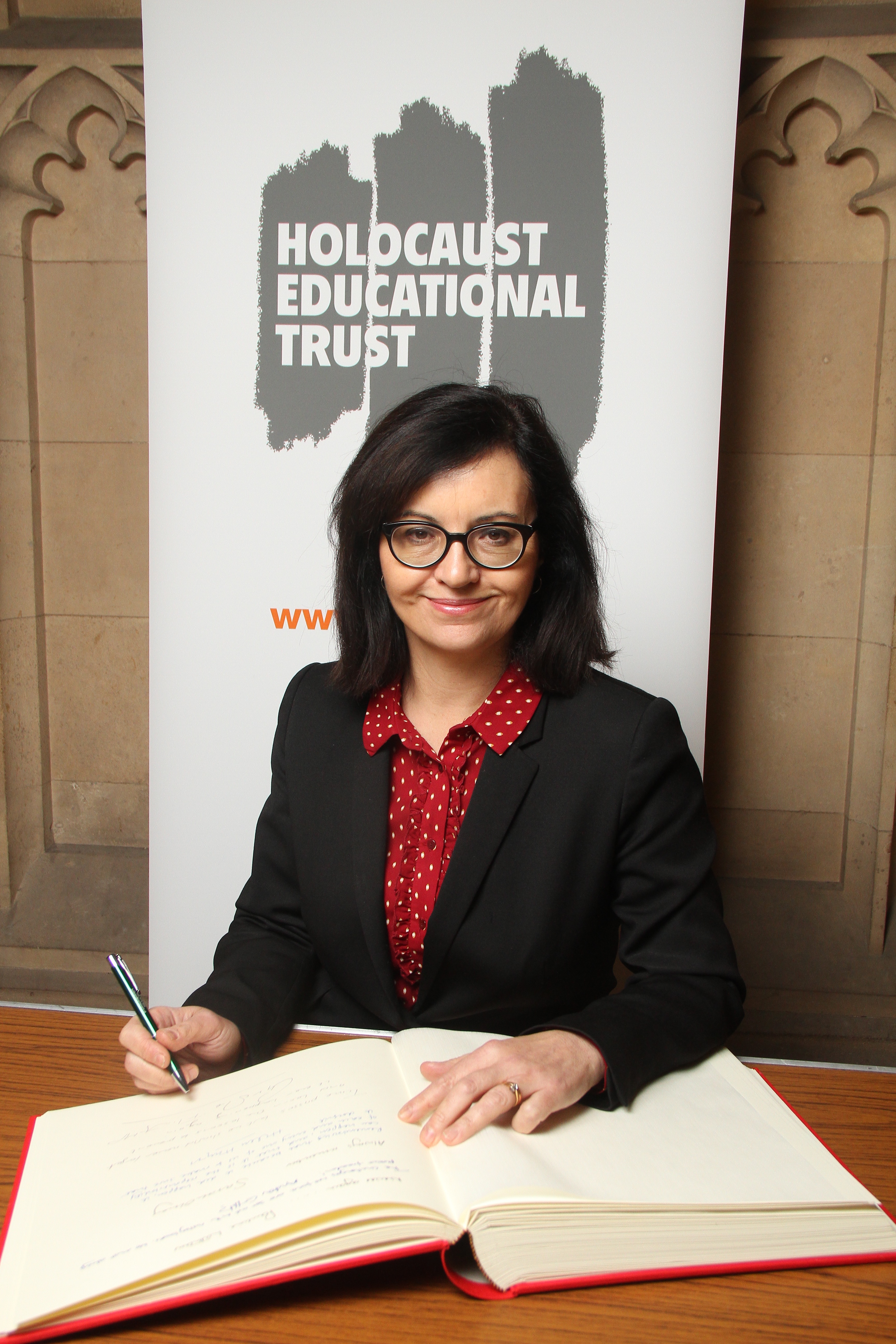 This week Caroline Flint signed the Holocaust Educational Trust’s Book of Commitment, pledging her commitment to Holocaust Memorial Day and honouring those who were murdered during the Holocaust as well as paying tribute to the extraordinary Holocaust survivors who work tirelessly to educate young people.

Friday 27th January marked the anniversary of the liberation of the Nazi concentration and death camp Auschwitz-Birkenau, the site of the largest mass murder in history.

In the lead up to and on Holocaust Memorial Day, thousands of commemorative events were organised by schools, faith groups and community organisations across the country, remembering all the victims of the Holocaust and subsequent genocides. The theme for this year’s commemorations is ‘How can life go on?’

After signing the Book of Commitment, Caroline said:

“In 2013, I was honoured to join local sixth form pupils on a visit to Auschwitz-Birkenau. It was a shocking and saddening experience, but a reminder of why Holocaust Memorial Day is an important occasion for people from Don Valley and across the country to reflect on the tragic events of the Holocaust.

“Even today, there are those who would deny that this mass genocide occurred within our lifetimes. Today a new film, Denial, opens in cinemas which recalls the court case where a Holocaust Denier sued journalist Deborah Lipstadt who had exposed his lies and denial of the crimes against humanity committed by the Nazis. I hope many people will see this film, to understand that even today, some try to erase history and paint out the evils that Hitler and his supporters perpetrated.”

Karen Pollock MBE, Chief Executive of the Holocaust Educational Trust, said: “Our mission is to educate young people from every background about the Holocaust and its contemporary relevance. We are very grateful to Caroline Flint for signing the Book of Commitment, signalling a continued commitment to remembering the victims of the Holocaust as well as challenging antisemitism, prejudice and bigotry in all its forms.”

Deborah E. Lipstadt's book History on Trial: My Day in Court with a Holocaust Denier is noiw a major film, starring Rachel Weisz.