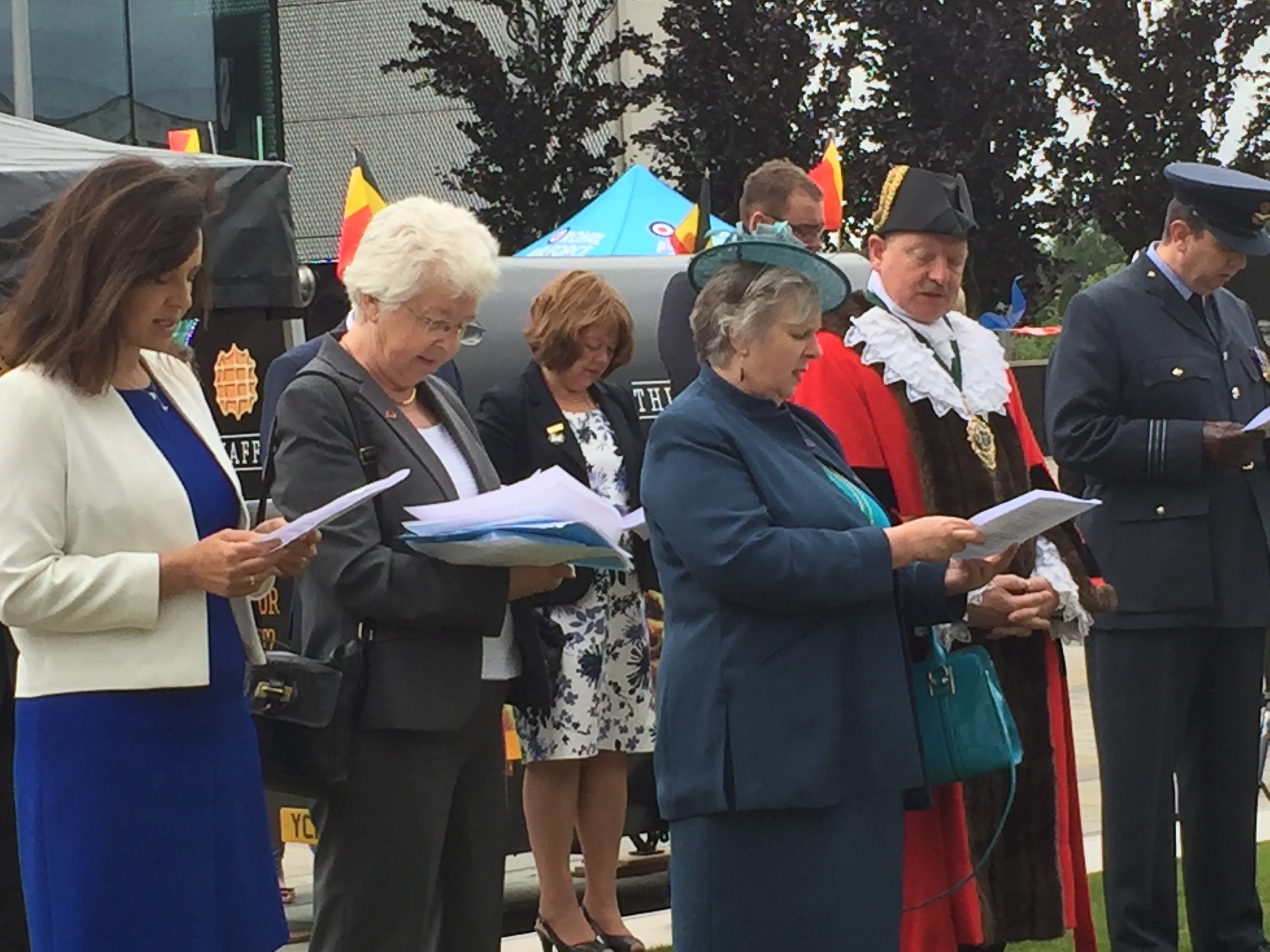 The MP also attended the Commemorative Service held at the Minister on the centenary Anniversary of the Somme.

“Just a day earlier, I attended a service of commemoration for the Somme. That service remembered the terrible cost of war and why we do our utmost to avoid unnecessary conflicts.  That terrible battle began on 1 July 2016 taking the lives of 19,000 British people in the first day alone, among 32,000 casualties on all sides.

“No one realised that the battle would rage for 141 days, costing 1.3 million lives, including 420,000 young British men.

“It was a tragic testimony to the futility of that conflict that at the end of that battle – the British forces had advanced a mere 6 miles.”

World War I took 1.1 million British/colonies lives and nearly 8.5 million in all.

Said Caroline: “Ernest Hemmingway summed up the horror of that war when he wrote in farewell to Arms: ‘There were many words that you could not stand to hear and finally only the names of places had dignity. Abstract words such as glory, honour, courage, or hallow were obscene.’ “