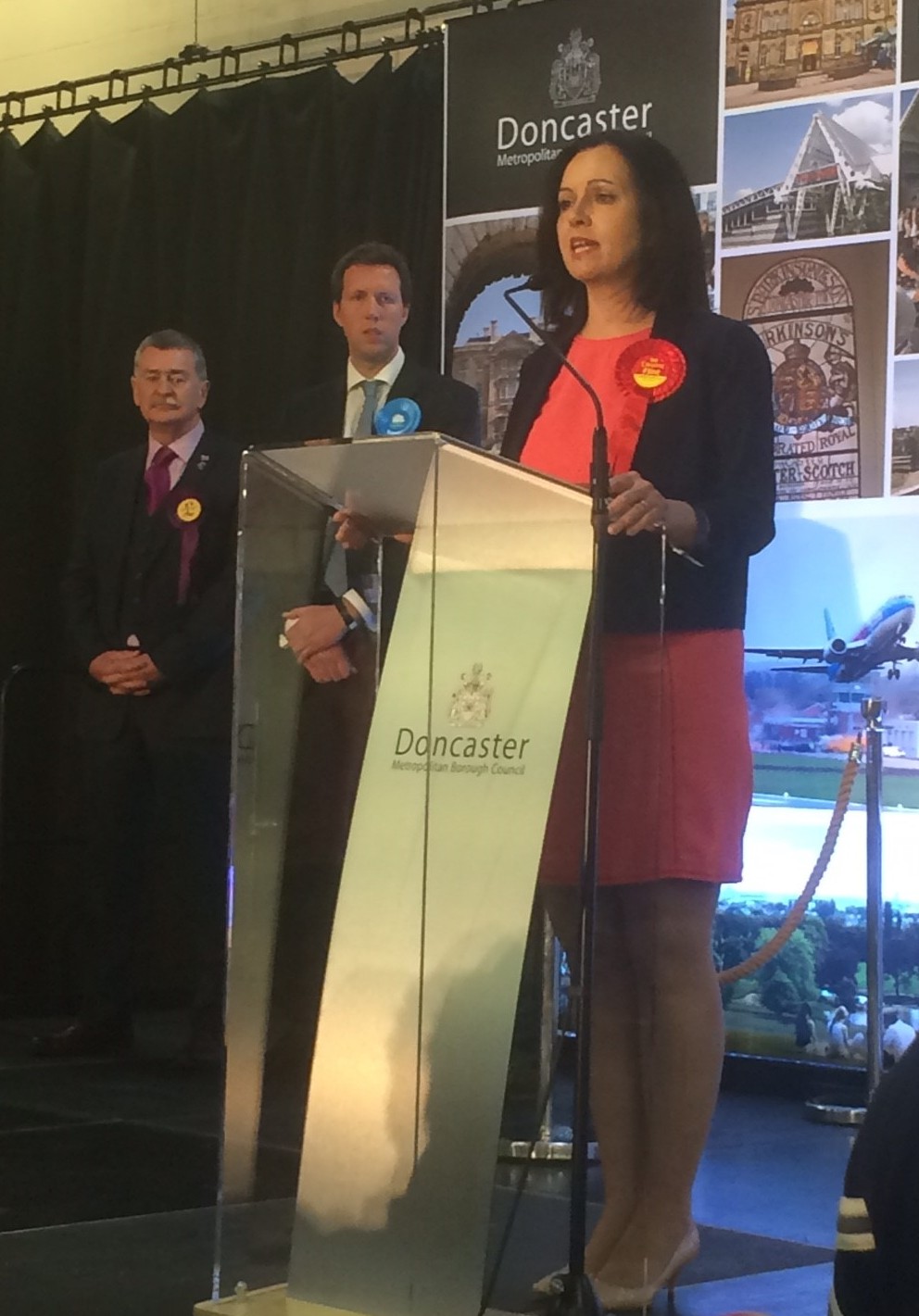 In the general election, Caroline Flint has been re-elected as Labour Member of Parliament for Don Valley with an increased majority.

The Don Valley MP, increased her majority from 3,595 to 8,885, in a seat her Conservative opponent described as marginal. 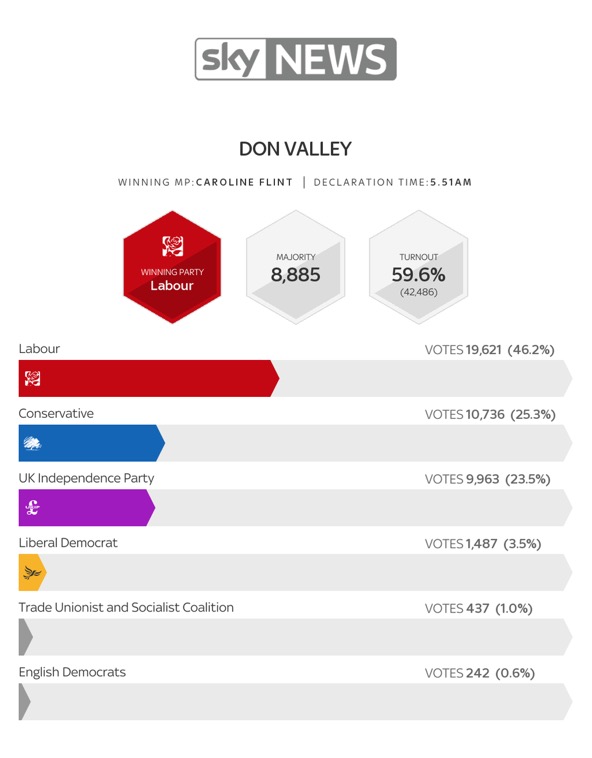 After the longest general election campaign in living memory, Caroline Flint increased her vote to 19,621 and recorded one of the largest swings from the Conservatives to Labour in Yorkshire.

In her speech after the result, Ms Flint thanked her party workers for their efforts and promised never to take any voters for granted.  Ms Flint's campaign managed to speak to over 9,000 voters during the run up to the election.

PHOTOS: Caroline Flint speaking after her result was declared and, left, the result as shown on SkyNews.