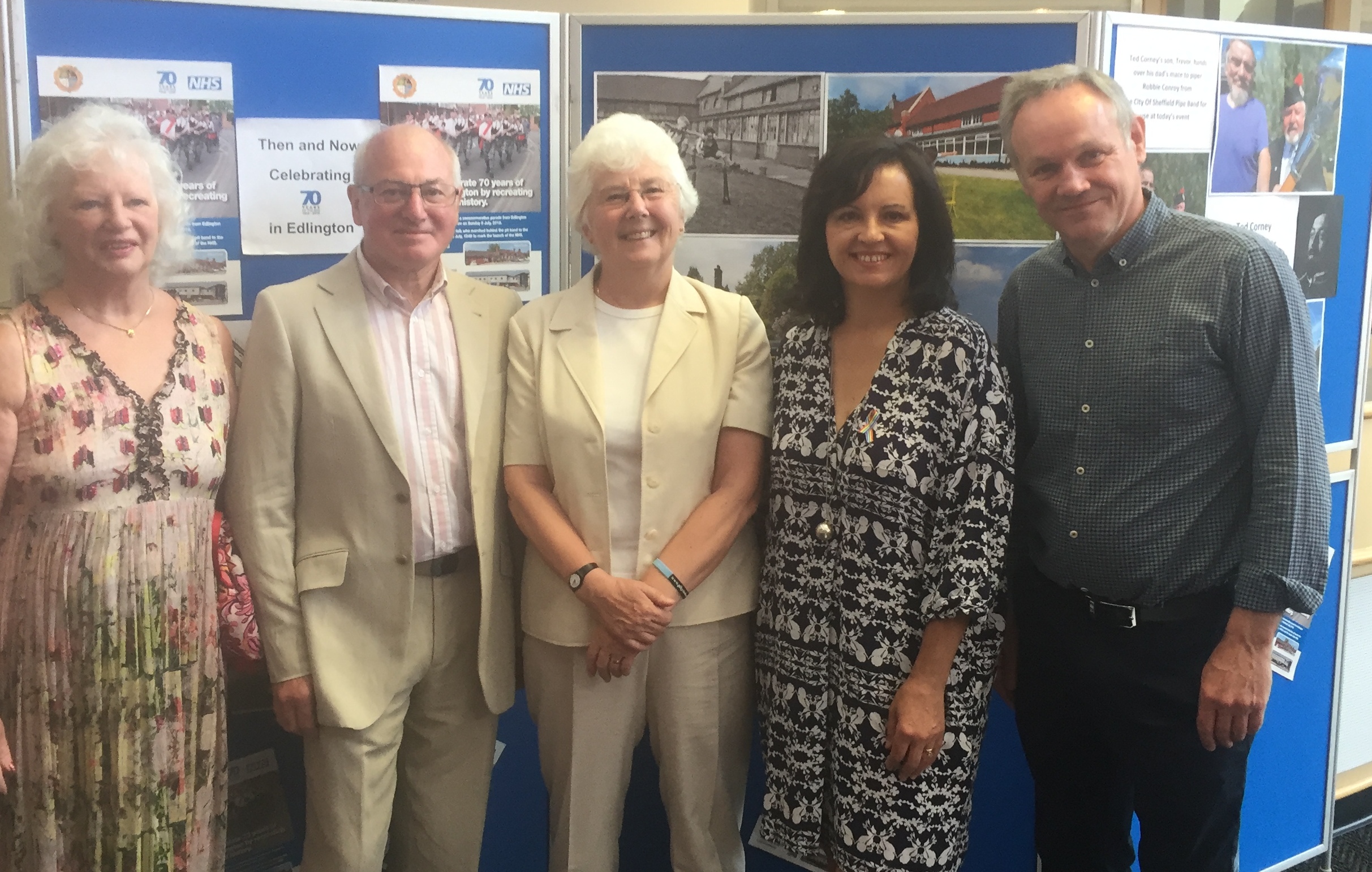 Welcome to everyone and to our honoured guest Mayor Jones.

It is a pleasure to be here, although I wanted to start by giving you a tweet posted by my daughter earlier this week:

In case you are wondering what kind of parent I am, she played basketball for Doncaster, Yorkshire and England.

And just to finish it off, I reminded her, I gave birth to her in an NHS hospital, to which she replied: “yeah, thanks for successfully birthing me NHS.  You did good too, Cazza.”

The United States has a special day 4 July that celebrates their Independence.

For Britain, one of our special days is 5 July. The day in 1948 when our National Health Service began.

The National Health Service act was passed in 1946. You think we are having problems with Brexit - well it took two years for Nye Bevan and others to come to an agreement on what the future NHS should be about.  It wasn't without it's quarrells along the way.

Today, we are going to follow in the footsteps of the Yorkshire Main Colliery Band who in 1948 walked down through Edlington to the surgery of Dr Jimmy O’Donnell.

Dr Jimmy unfurled a union jack and he broke out the drinks. Dr David Crichton -  I think we are having soft drinks when we get to Martinwells.  I'm not sure they were soft in those days.

The NHS Founder, Nye Bevan was inspired by the Tredegar Workmen’s Medical Aid Society.  In that town, from the 19th century, working men had contributed to fund medical care for everybody.  One of the most successful and comprehensive health schemes in the country.  Nye Bevan wanted that for everyone.

As he said at the time: “We are going to Tredegarise you" (the whole of the United Kingdom).

A lot has changed in the seventy years since.

In 1948, you would have known a lot more babies called Margaret Mary, and boys called John and David.

Today the most popular girls name are Olivia and Amelia. And boys are Oliver and Harry.  And I think there'll be a few more Harry's coming along in the next few months.

I am immensely proud that it was a Labour Government that set up the NHS.

It is a part of British life that we all love and value.

That is why the Labour government built the Martinwells centre and many more like it, and 100 new hospitals across the UK.

So, despite the problems and challenges it faces, the NHS is one of the most modern and best equipped health services in the world.

We are rightly proud of it, and all of those staff and volunteers, who make it work for all of us, every day.

Today we make this short walk to the Martinwells centre, and we will be greeted by Dr Nayar, who has served Edlington as a GP for more than 30 years.

So, enjoy this short parade, and remember that you are retracing the footsteps of those who founded one of Britain’s greatest institutions – the NHS.

And I speak for all of us, when I say, Happy 70th Birthday NHS.