Caroline Flints letter of thanks to the voters of Don Valley

After the longest general election in living memory, the votes are cast and the country has made a decision.

I want to thanks the residents of Don Valley constituency who re-elected me as Member of Parliament with an increased majority.  My thanks also to the other party candidates for the courteous manner in which they conducted their campaigns. 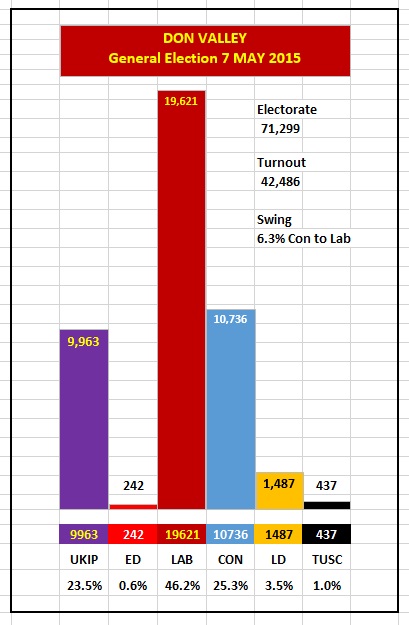 In recent months, I have met over 9,000 people on doorsteps, in shopping areas and at school gates, with my team of volunteers and council candidates. The response has been wonderful and many people offered their good wishes and their hopes that we would see the back of the Conservative government.

It was not to be.  Despite Ed Miliband leading a positive campaign, Labour has suffered a terrible defeat.  Whilst the election result has denied us the opportunity to fulfil our pledges to make life better for the British people, I shall continue to stand up in Parliament for a fairer, more prosperous country, where hard work pays – a country for the many, not just the few.

It has been a great honour to be Don Valley’s Member of Parliament since 1997, and I pledge to continue to live locally and work for the good of our towns and villages in the years ahead.  Thank you.