Caroline in talks with Health Secretary over Children of Alcoholics 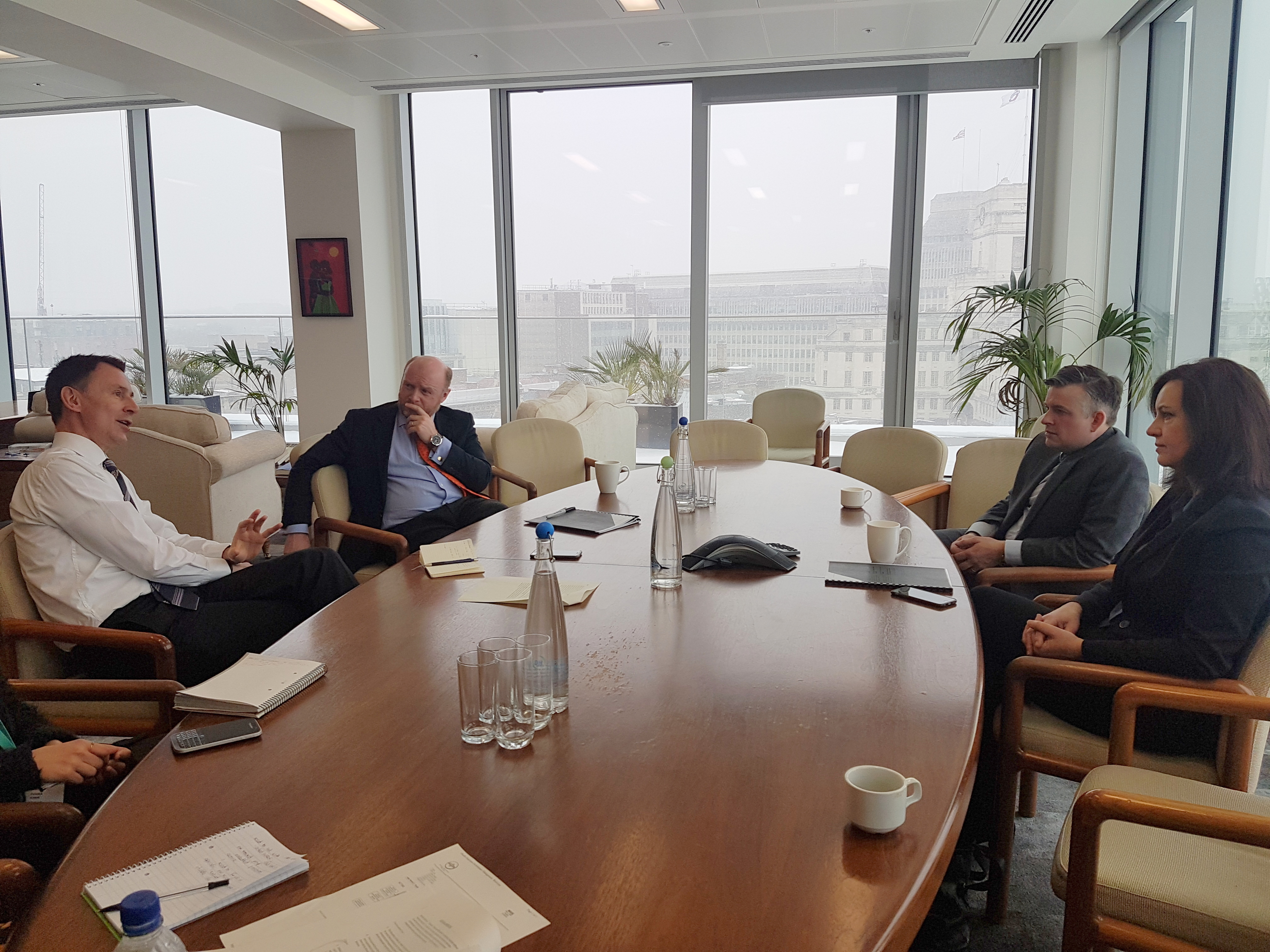 Joined by Liam Byrne MP and Jon Ashworth, the three MPs are seeking Government action on their Manifesto for Change – a campaign to ensure that every area of England has a plan to support children in families with alcohol misuse.

Said Caroline: “I was very pleased that Jeremy Hunt was able to give the time to meet a few of the MPs involved in our All Party Group. Our campaign for a change in attitudes and support for children of alcoholics is getting a hearing at the highest levels of the Government.

“Just at Christmas, we received the green light that the Government will fund a national helpline for these children.

“Now I hope, with the Secretary of State’s support, we will get more action.”

In November, Ms Flint joined the launch of Doncaster’s Family MOT – Moving on Together – a programme to support families with parents who misuse alcohol or drugs.