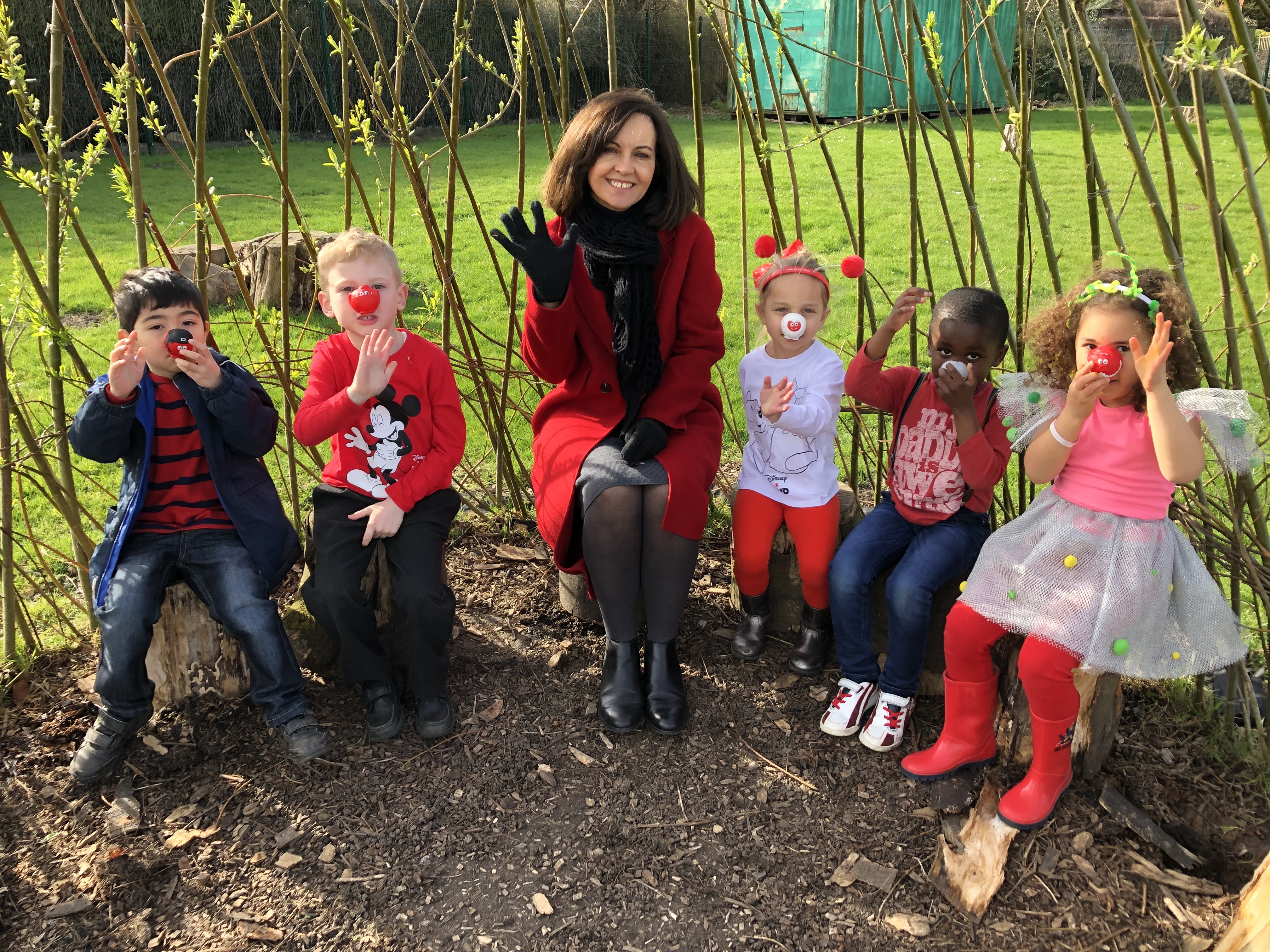 The MP was shown how to make boxes to keep red noses in, after being given a tour of the school by Headteacher Peter McLean.

The MP talked about her trip down the Rossington pit many years ago, as Year 4/5 pupils explained their mining project.   After fielding a series of tough questions from older pupils, such as “When will World War III be?” - the answer was “Never, I hope!” -  the MP was shown the activities the school undertakes as part of its “Forest School”, where children learn about camping, nature and outdoor skills.

Said Caroline:  “Headteacher Peter McLean has encouraged staff members to learn forest skills and added a great creative element into the curriculum.  The pupils are learning skills they will enjoy for life - I wish I’d had a forest school at my primary.

“Wadworth Primary is a good school in so many respects.  The teaching staff are enthusiastic; the school is decorated with the children’s work on every wall; and the school site has been developed to make play areas more interesting. 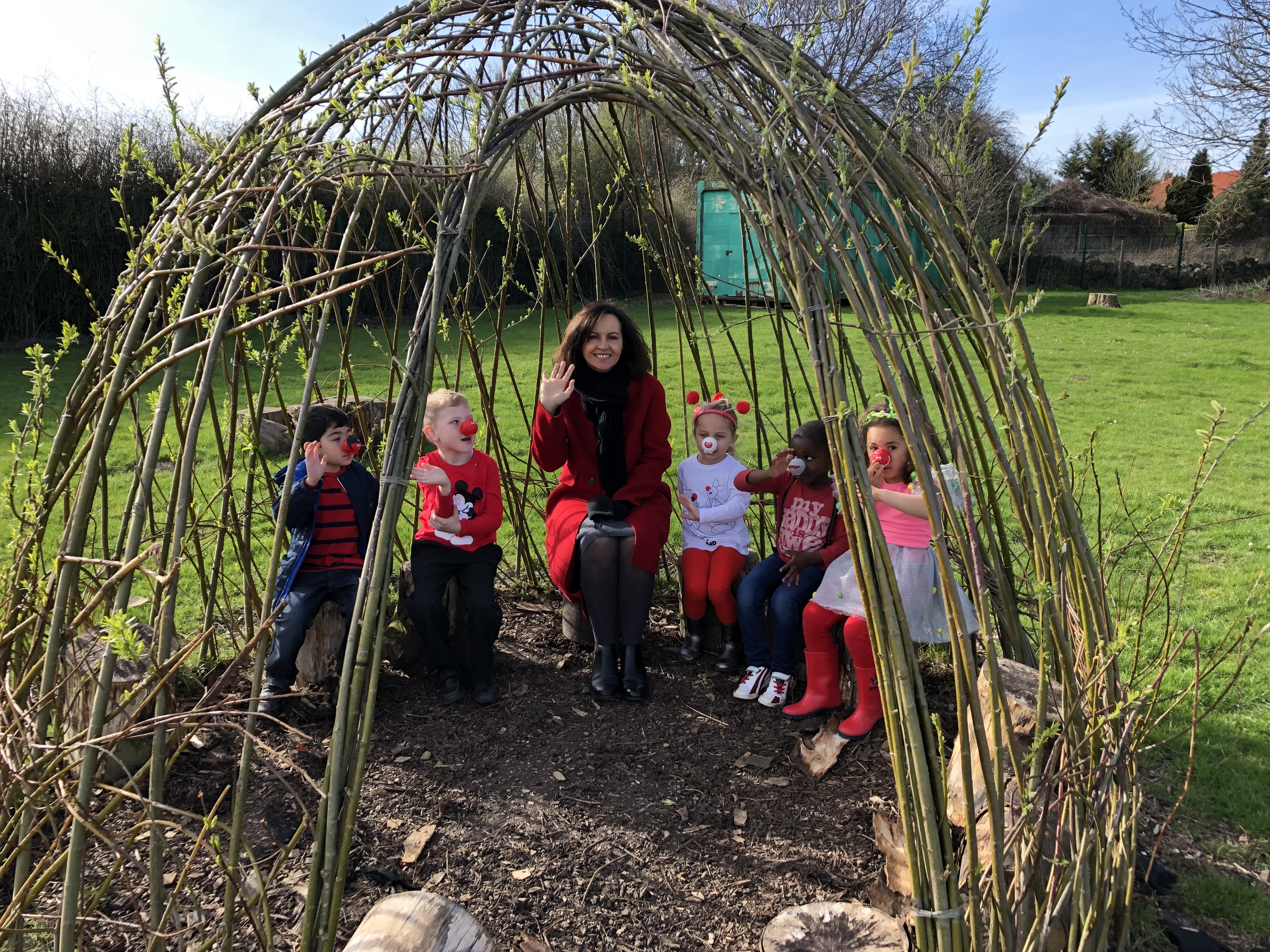 “Visiting Wadworth Primary was a pleasure from start to finish – even if one of the pupils was worried about World War III!”

Speaking about Caroline’s visit, Headteacher Peter McLean said: “The children were thrilled to meet Caroline on Red Nose Day, and it was great to see her get into the spirit and join in the fun with the Reception and Year 3/4 classes. 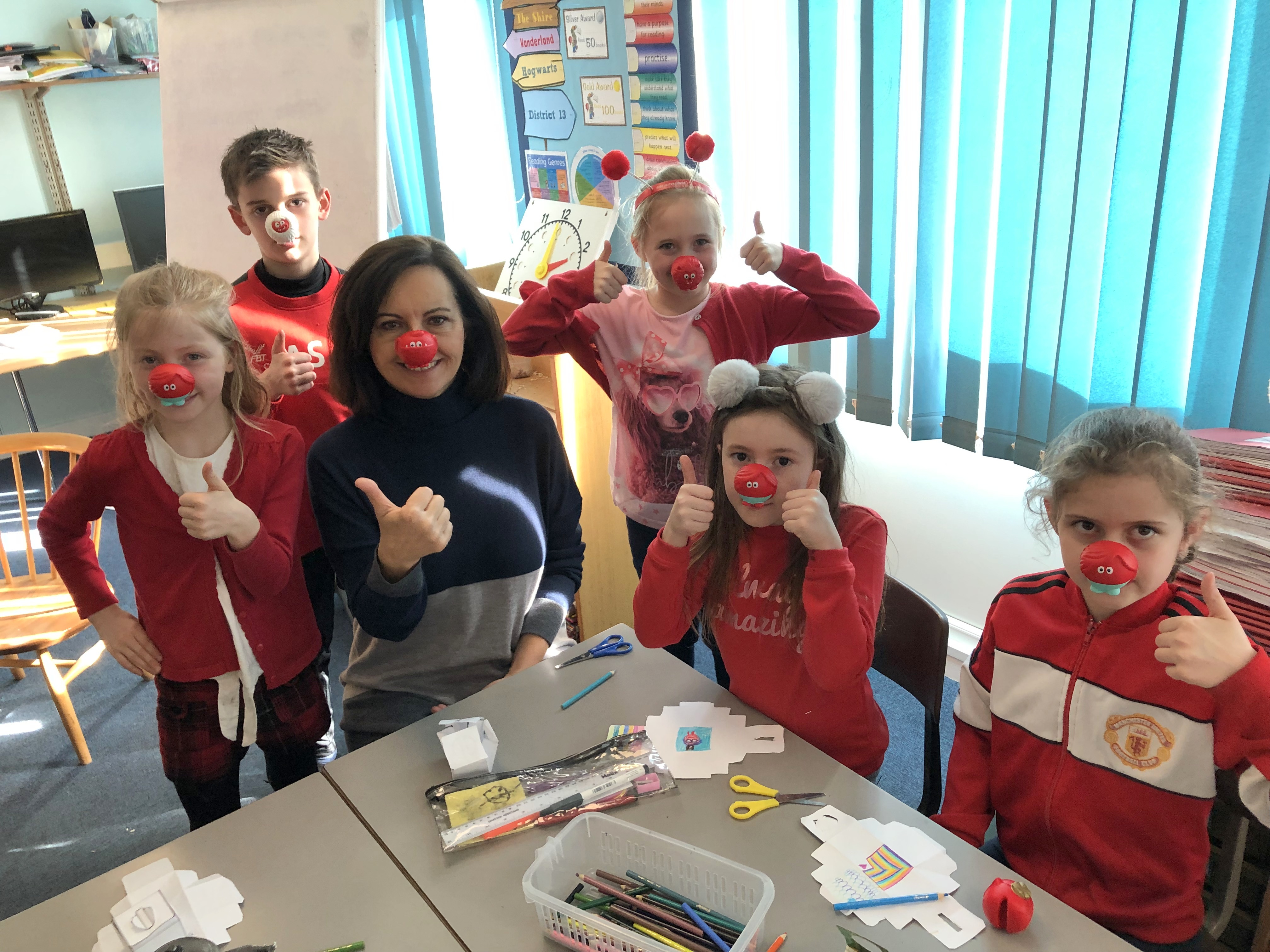 mining experiences, which will inspire them as they prepare for a visit to the National Coal Mining Museum later this month.”

Bottom right - In the Classroom left to right: Imogen, Archie, Evie Ruby and Evie (Yes, there are two Evie’s!).