Caroline gets confirmation: a Brexit deal isn't the 'final deal'

Caroline Flint has confirmed that the Brexit deal the Government is seeking to agree with the European Union this autumn will not be the “final deal,” as the UK faces two years of further negotiations following 'Brexit Day' 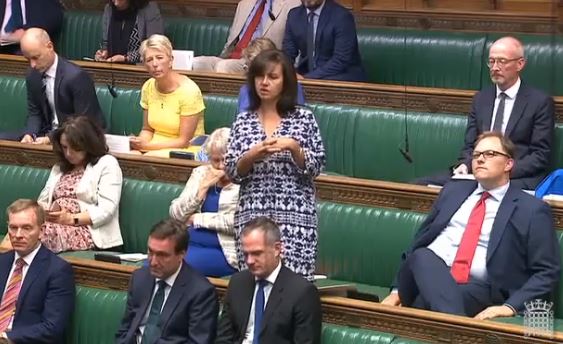 The MP received the confirmation during the Commons statement by Secretary of State for Exiting the European Union, Dominic Raab.

Speaking after the statement, Ms Flint said: “Today, the Minister confirmed the view I have expressed all along. All we can expect from the deal in the autumn is the terms of the divorce, and a broad outline of what issues will require further agreement.   Those hoping that we will know exactly ‘what Brexit looks like’ are in for a disappointment.   The trade issues alone are hugely complicated and that is why the Government and the EU are allowing 21 months to reach a kind of association agreement.

“With the EU accounting for 44% of our current trade, and almost half our trade in goods, those hardline Brexiteers who thought we could throw Barnier the keys and wave goodbye without any future agreements also not living in the real world.  We want that trade to continue.

“I want the UK to make a success of Brexit, and for us to secure arrangements that Leave and Remain voters can support.  Today, the Minister confirmed that after this autumn’s deal, a much bigger agreement will have to be struck.  I want us to get that right.”

Click here to watch their discussion, or read their full exchange below.

Caroline Flint: “I have tried to avoid most of the summer chatter involving a strange alliance between hard-core Leavers and hard-core Remainers who seem to want no deal. I think that the British public want a deal.

“Should the Secretary of State return to the House this autumn with a deal that is basically a divorce arrangement, will he confirm that that will not be the final deal?  Will he confirm that it would contain the architecture, the structure and the principles, but that long after that, during the transition period, further deals will have to be made after we leave the European Union as part of our ongoing positive relationship with the EU?”

Dominic Raab The Secretary of State for Exiting the European Union:  “The right hon. Lady is right in every aspect. In the closing stages of the negotiations, we should be striving to bridge the outstanding gaps and secure a good deal.

“She is also right to say that there will be two components—the withdrawal agreement and the framework for the future relationship—and it is right to say that during the implementation period we will need to turn that into a binding treaty.

“One of the areas in which we have made progress, which was not touched on by other Labour Members, is the agreement in principle that we are pursuing to have linkage so that the withdrawal agreement requires us all to proceed in good faith to that future relationship. That is important when we talk about not having a deal until we have the whole deal. Yes, there are different aspects of the package, but the deal has to be viewed in the round and in a balanced way.”