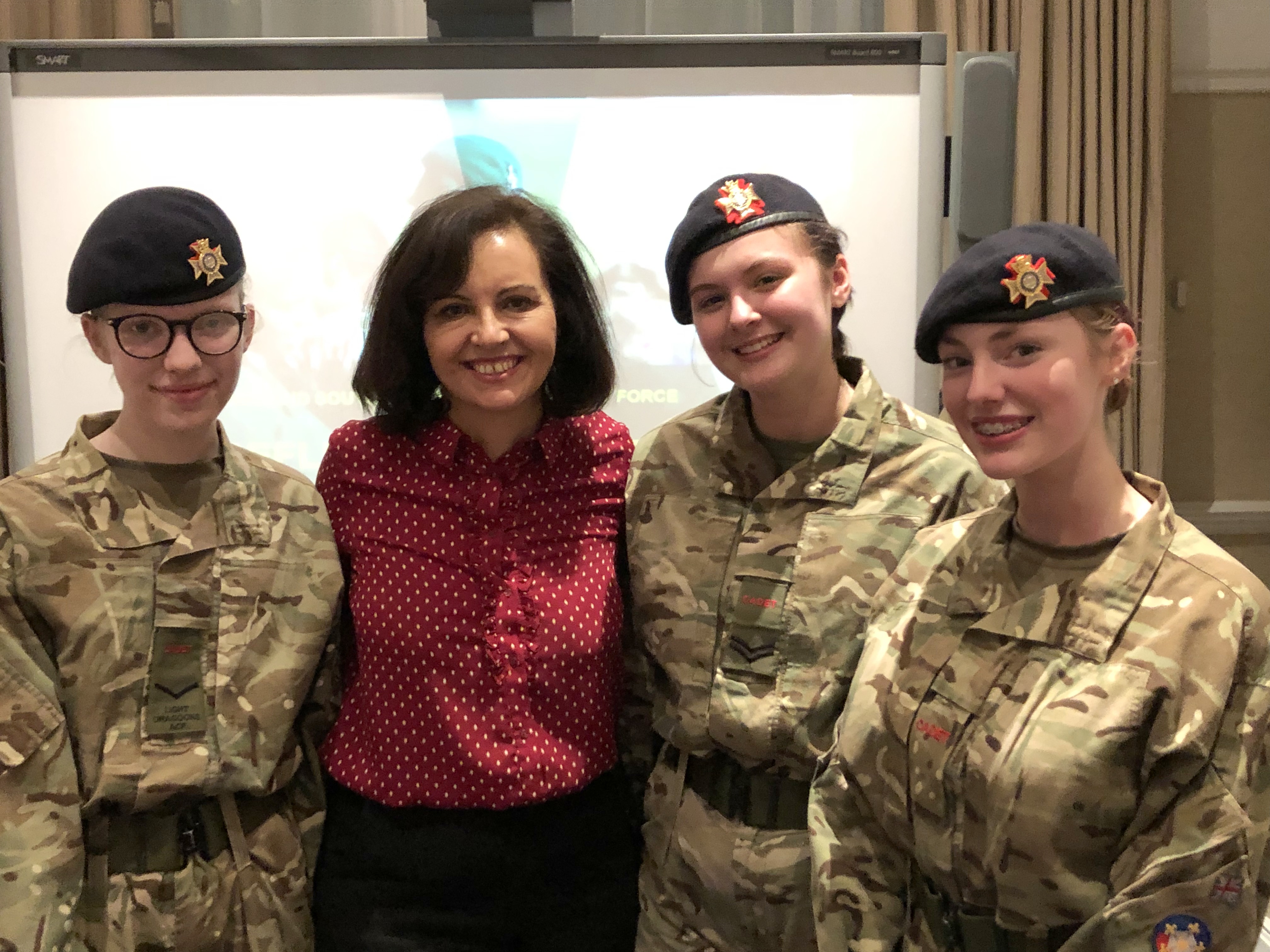 The cadets visited Parliament with Adult Instructor, Staff Sergeant Instructor Emma Murphy, to spread the message about the Army Cadet Force to Members of Parliament from across Humberside and South Yorkshire.

Said Caroline: “It was wonderful to meet the cadets, who have shared their very personal project to commemorate those lost in the First World War.  It was also interesting to hear about their ambitions, to join the police, to work in communications and intelligence.  The cadets clearly gives young people a range of skills they can apply in later life, in or out of the armed forces.” 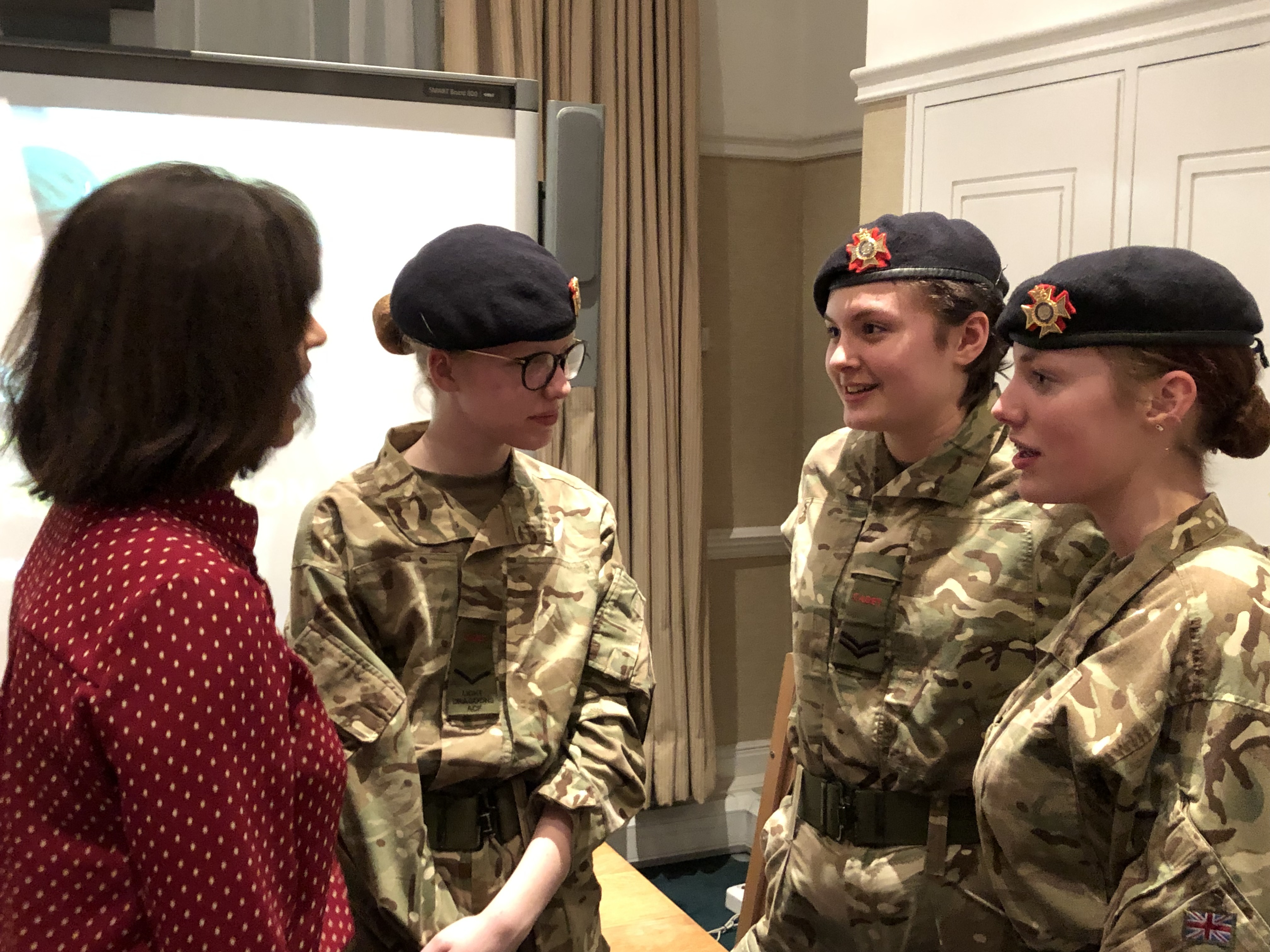 The Army Cadet Force offers challenging and fun structured activities for young people aged 12-18. Sponsored by the Army and loosely based on military training, the Army Cadet Force develops young people’s self-confidence, leadership, teamwork and communication skills, making them better citizens and equipping them with skills for life. Army Cadets are promoted according to a military rank structure and have the opportunity to gain qualifications such as the Duke of Edinburgh’s Award, NVQ, ILM and BTEC qualifications. 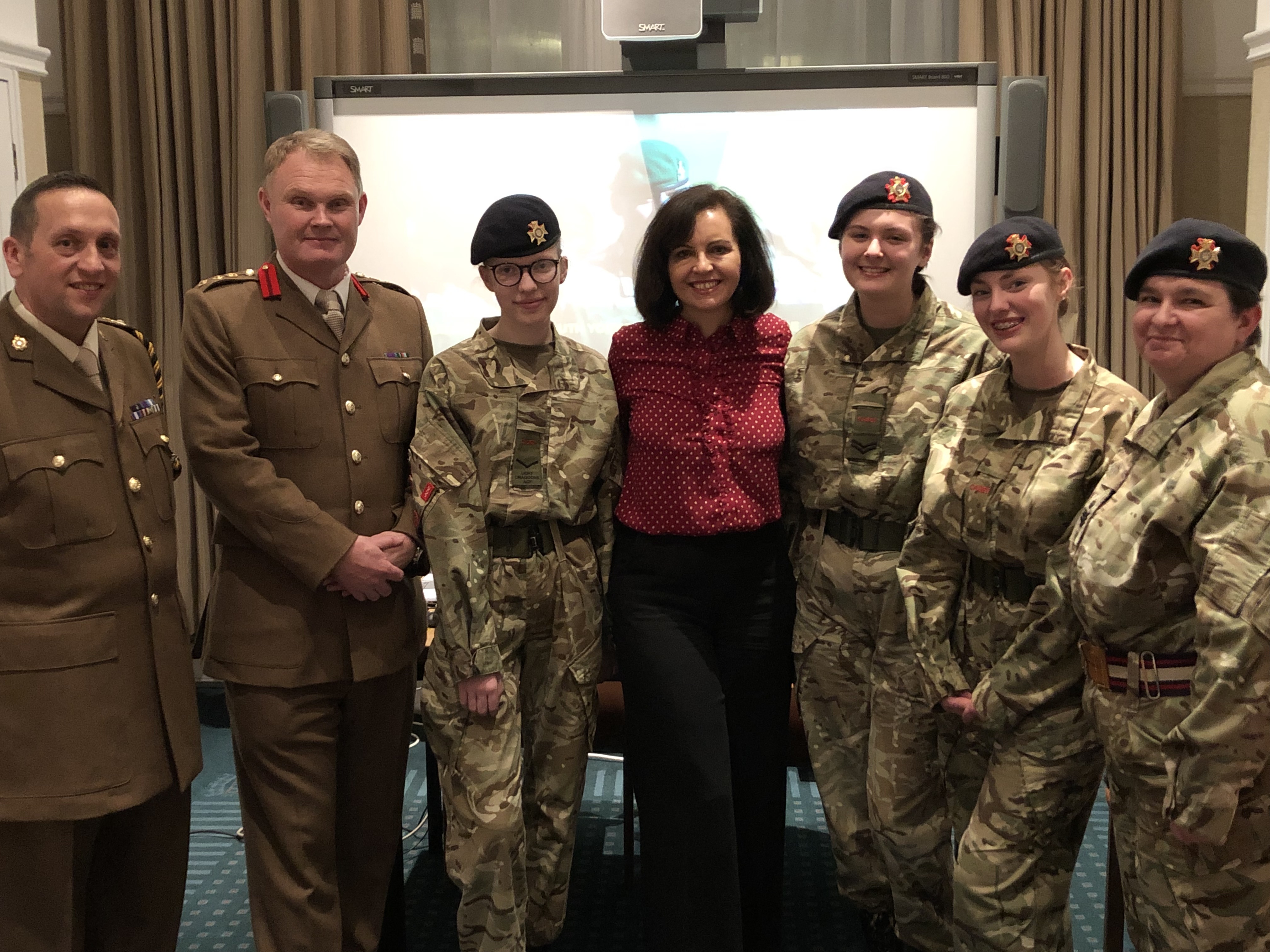 Corporal Nikita Oakley, Cadet Lauren Priestley and Cadet Jayne Binns were runners up in an Army First World War commemoration competition.  They presented their project to the MPs, saying: “We thought about how to bring the history of WW1 to the modern day era, to make it more personal. We hoped that if we collated the stories of local people, it would help us connect with WW1 more. We asked the local community via Facebook if they would be willing to share the stories of relatives from WW1. They gave us photographs, documents and letters which allowed us to tell the stories of individuals.”

The cadets are hoping to plan a trip to the Menin Gate with the cash prize they received.  The Menin Gate is a memorial to the British and Commonwealth soldiers lost at the battle of Ypres in Belgium in 1915, during the First World War.

To find out more about the Army Cadet Force go to https://armycadets.com/join-cadets/