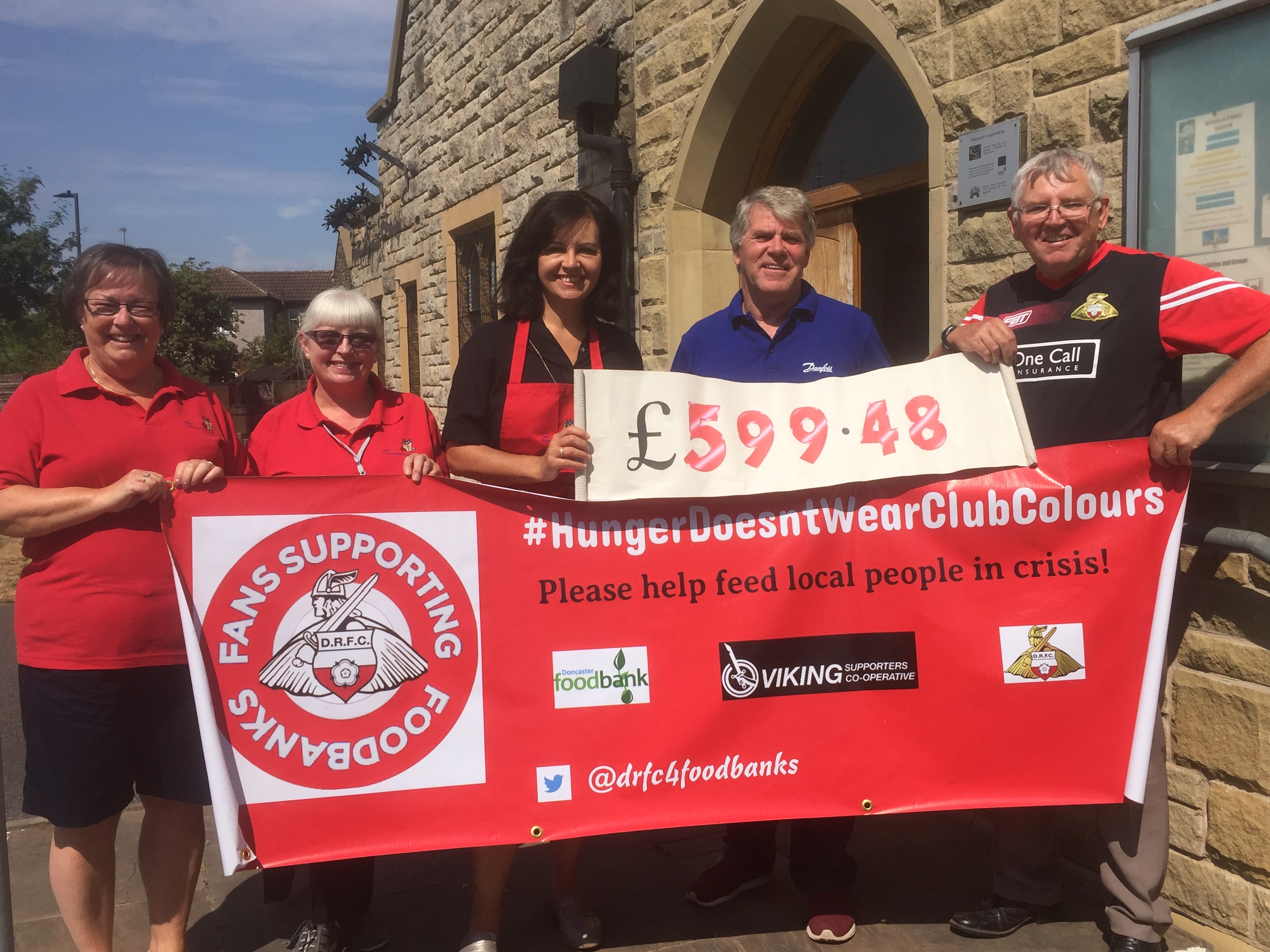 Don Valley MP Caroline Flint has praised a foodbank for its work supporting residents in Dunscroft, Dunsville, Hatfield and Stainforth and welcomed £600 a donation by Doncaster Rovers Supporters Club.

The MP visited the DN7 Community Foodbank to meet volunteers and listen to clients who turn to the foodbank for help. 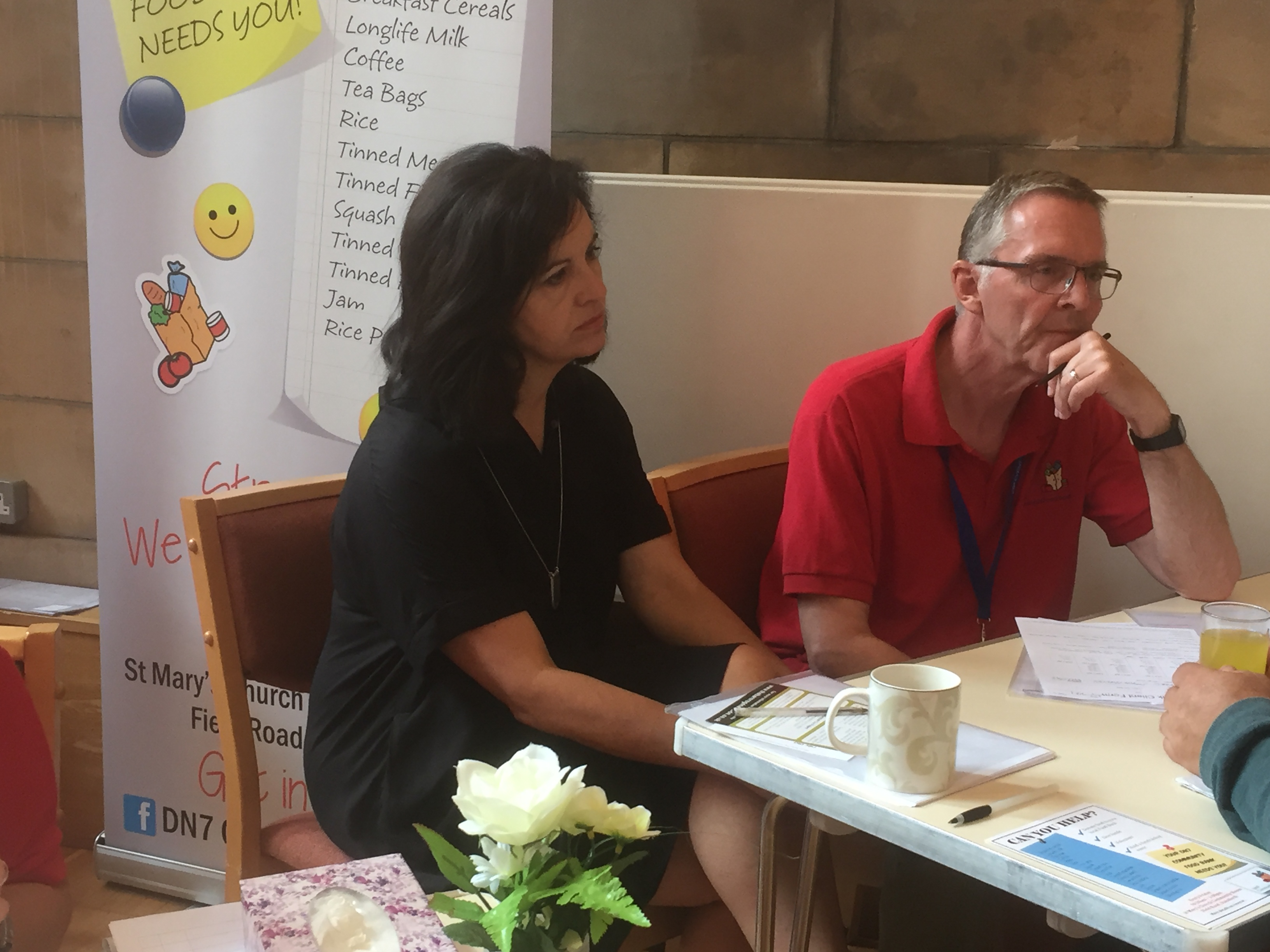 Said Caroline: “I am delighted that Doncaster Rovers Supporters Club raised almost £600 from collections to donate to the DN7 Community Foodbank.  This initiative is vital to help people who need that bit of extra help to keep paying their bills and coping with difficulties. 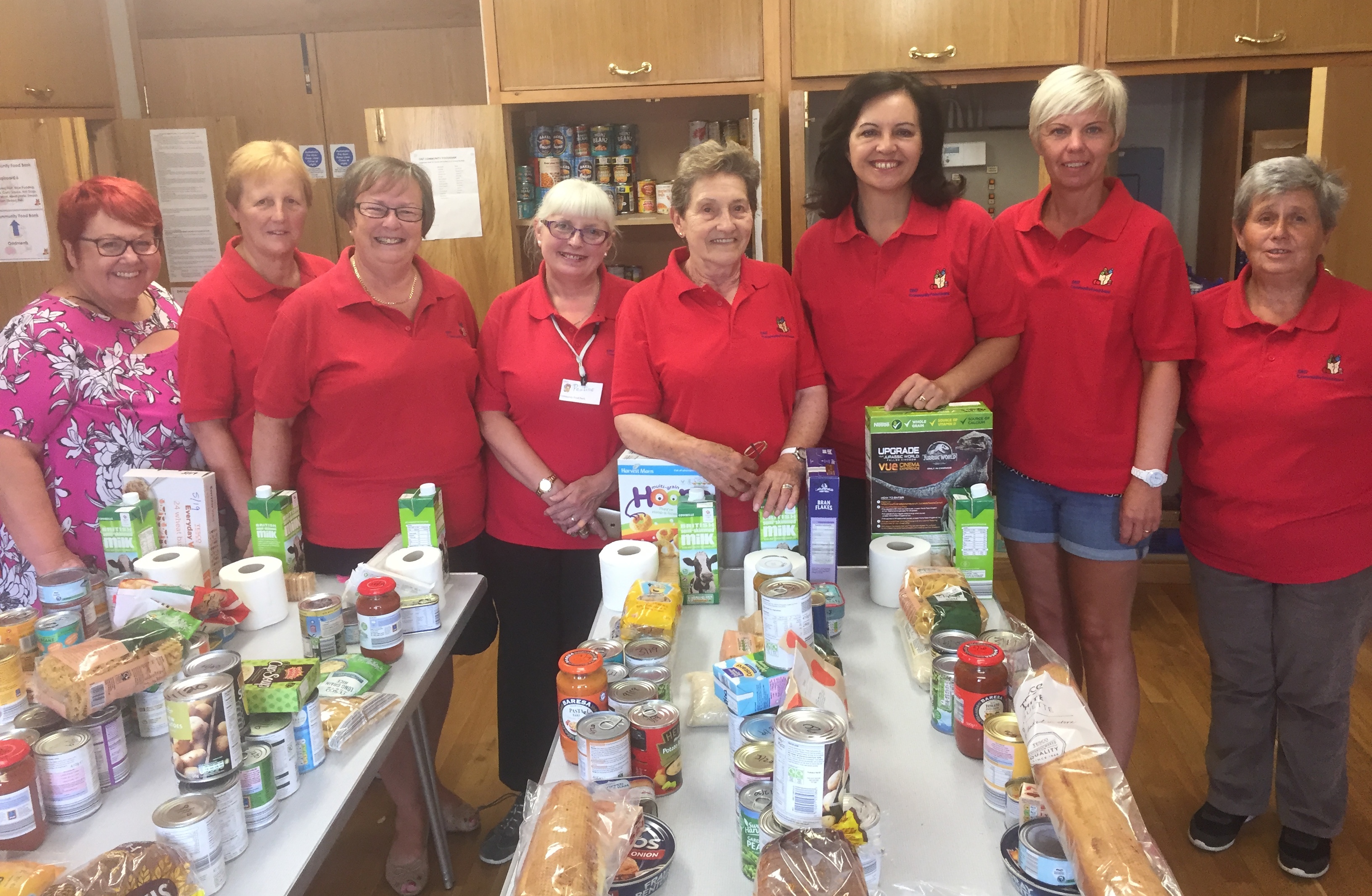 “One of the clients I met is paid fortnightly, and buys all his food as soon as he is paid.  But after a high water bill found he was struggling towards the end of the second week.  It is appalling that anyone has to choose between paying the bills and eating, but this foodbank stops that crisis becoming an emergency.

“The DN7 volunteers are fantastic.  It is a very well organised foodbank.  Not a penny is wasted and last minute bread donated by Tescos is passed on within hours. The volunteers should be so proud of what they do for the community.”

The MP was invited by former councillor Pat Knight, one of the foodbank founders.  The Foodbank opened its doors in January 2016.  Since then, the Foodbank has distributed over 1,300 food parcels to local residents.  Said Pat:  “I wish there was no need for foodbanks, but when people reach crisis point, we are there for them.  And we will do this for as long as we need to.”

Said Chair, Pauline Sophianou: “It was great that Caroline was able to spend so much time listening to our clients and talking to our volunteers.  It was a real moral boost to all of our volunteers.  Now Caroline’s worn the T-shirt, she’s one of us!”

The Foodbank is open every Friday from 10.30-1.00pm, at St Mary’s Church hall, Field Road Stainforth. 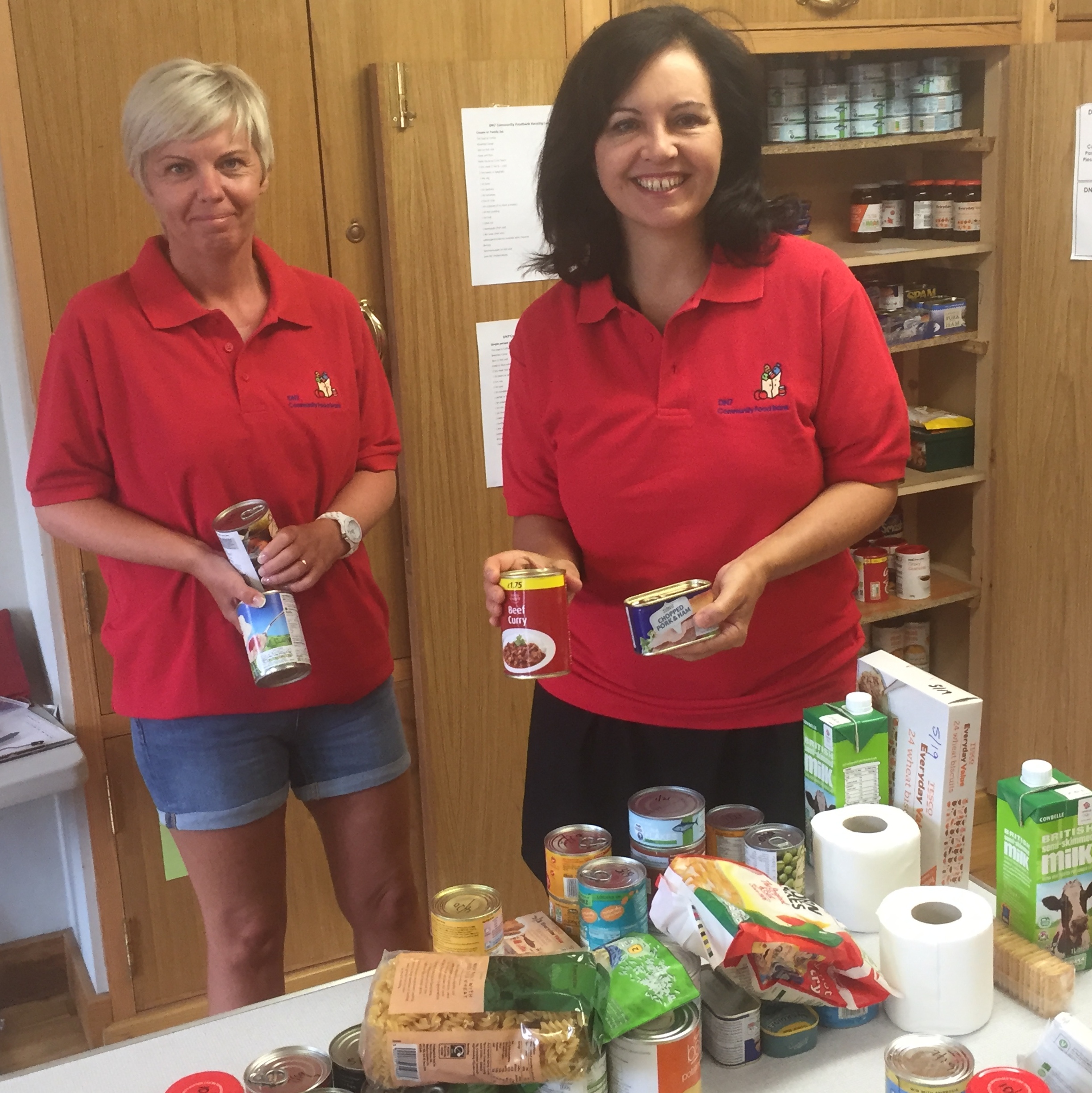