Caroline today spoke in Parliament to raise the issue of children with alcohol dependent parents and welcome the news that £6 million will be spent to support children of alcoholics after significant lobbying from Caroline. 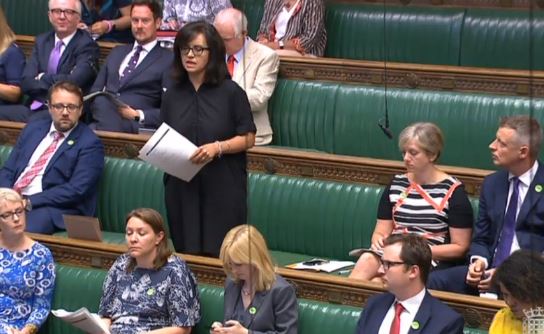 She welcomed the Public Health Minister's cross-party approach and the £6 million funding that has been allocated to support children whose parents abuse alcohol, after significant lobbying from Caroline and other cross-party MPs.

Caroline raised Family Moving On Together, an eight week support programme for Doncaster families with young children aged between eight and 18 years old, where one or both parents or carers have experienced, or are still living with, substance misuse.

She encouraged the Minister to go around the country and see similar projects, to see how the £6 million could be spent.

Said Caroline: “Family Moving On Together is one exemplary, essential service supporting not only the person affected by the drugs or alcohol, but their family and children. Across Britain there are 2.5 million children of alcoholics and it's vital that projects like Family Moving On Together across the country are considered for the Government's £6 million pot to help children of alcoholics.”