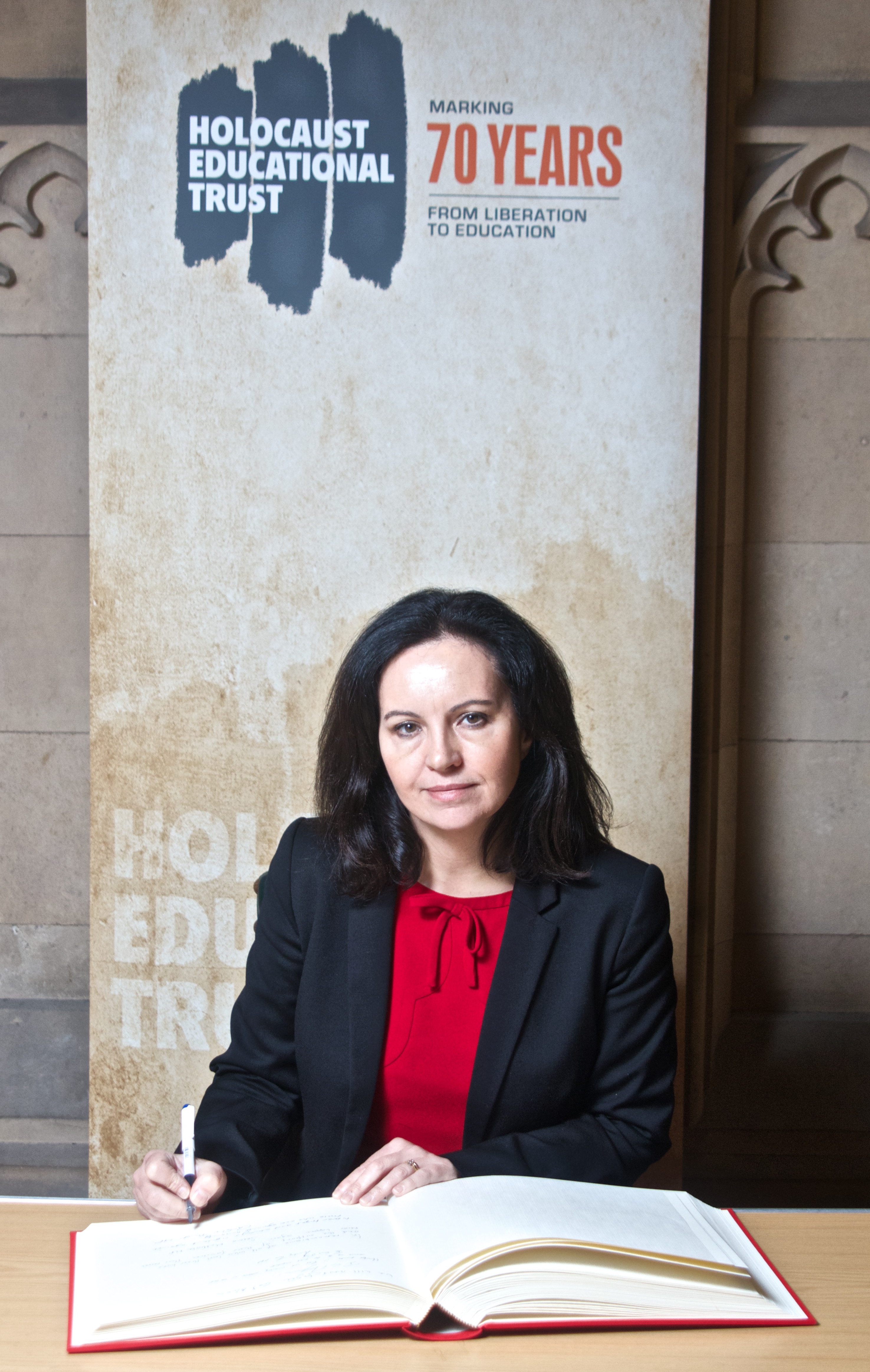 This week, Caroline Flint signed the Holocaust Educational Trust’s Book of Commitment, pledging her commitment to Holocaust Memorial Day and honouring those who were murdered during the Holocaust as well as paying tribute to the extraordinary Holocaust survivors who work tirelessly to educate young people.

Tuesday 27th January will mark the 70th anniversary of the liberation of the Nazi concentration and death camp Auschwitz-Birkenau, the site of the largest mass murder in history.

In the weeks leading up to and after Holocaust Memorial Day, thousands of commemorative events will be arranged by schools, faith groups and community organisations across the country, remembering all the victims of the Holocaust and subsequent genocides.

After signing the Book of Commitment, Caroline said:  “Holocaust Memorial Day marks the anniversary of the liberation of the Nazi concentration and death camp Auschwitz-Birkenau – and is an important opportunity to remember the victims and survivors of the Holocaust and make sure they are not forgotten. I encourage all constituents to mark the day and to join the fight against prejudice and intolerance.”

Karen Pollock MBE, Chief Executive of the Holocaust Educational Trust, said:
“We are proud that Caroline is supporting Holocaust Memorial Day. As we mark the 70th anniversary of the end of the Holocaust and the liberation of the concentration camps in 2015, it is vitally important that we both continue to remember and learn from the appalling events of the Holocaust – as well as ensuring that we continue to challenge antisemitism and all forms of bigotry.”

In 2013, Caroline Flint took local Doncaster Sixth Formers on an educational visit to Auschwitz-Birkenau supported by the Holocaust Educational Trust.