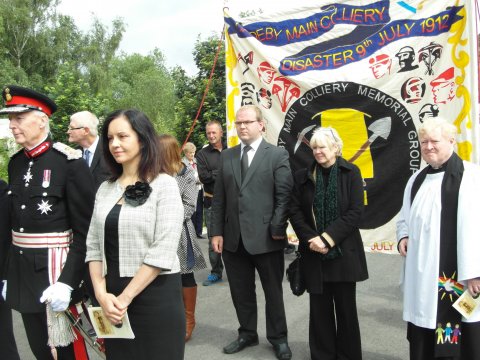 The sun shone and the banners were unfurled as a brass band and pit pony led a parade to pay tribute to the 91 vitcims of the Cadeby Main Mining Disaster of 9 July 1912.  And 100 years after the two explosions at Cadeby Main Colliery on 9 July 1912 killed 88 and three more died subsequently, a memorial was unveiled. 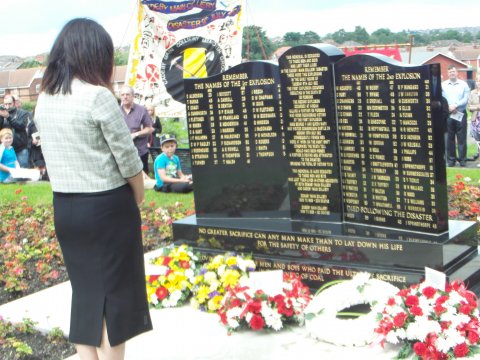 Speaking after the service in Denaby Cemetery, Caroline Flint said: "The disaster left a community in sorrow and families in poverty. The 91 victims were never properly honoured.  Thanks to Jeff Lovell and the Cadeby Main Memorial Group, which formed in 2010, exactly 100 years after the tragedy, the community were able to see the unveiling of a memorial stone in Denaby Cemetery to the victims.

"The parade, the banners, the service, the memorial stone, and the community turn out for the occasion of remembrance were magnificent.  I was proud to join the parade and lay a wreath.  Many will remember this day and a tragedy we will never forget." 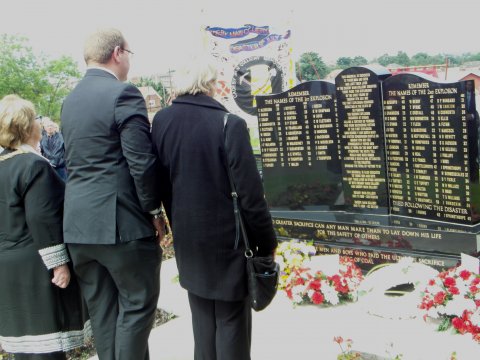 Above: Caroline Flint lays a wreath in honour of the victims.

Find out more about the Cadeby Main Memorial Group here.