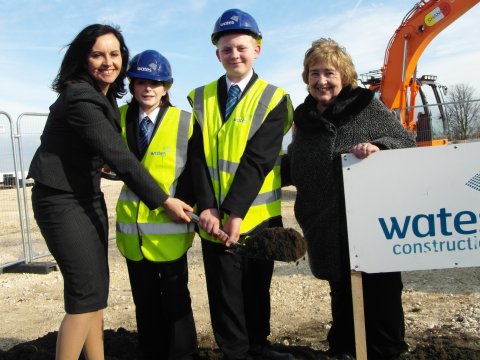 Said Caroline:  “The De Warenne Academy is going from strength to strength.  I am delighted that the Government eventually backed a rebuilding of De Warenne.  The old Northcliffe School buildings were long past their best and this is an exciting start for the Academy.  Headteacher, Gill Pollard,  Chair of Governors Chris Mills and their team have done a great job to get this project underway.”

Said Chair of Governors Cllr Chris Mills:  “When the new Government came in and stalled school building by scrapping the Building Schools for the Future programme, we were understandably biting our nails.  Fortunately, the new scheme is going ahead, creating important jobs for our community; and a new Academy building suited to providing a  21st century education.”

Headteacher, Gill Pollard said: "We were very pleased to welcome Caroline Flint MP to the ground-breaking ceremony for De Warenne Academy's new building. Caroline has always shown a keen interest in the academy and has been an ardent supporter of the new build plans." 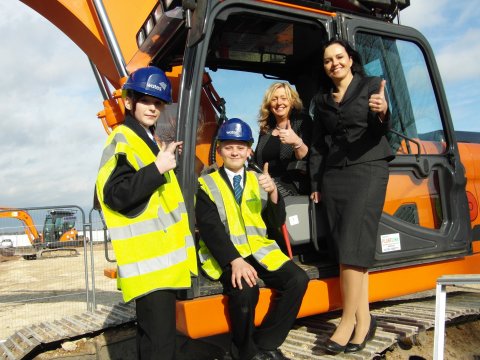 De Warenne, scheduled to be built under the Building Schools for the Future programme, was put on hold when the Coalition came to power; but was given the go-ahead in 2011. The new school building will over look Conisbrough Castle.  The contractors are Wates Construction.