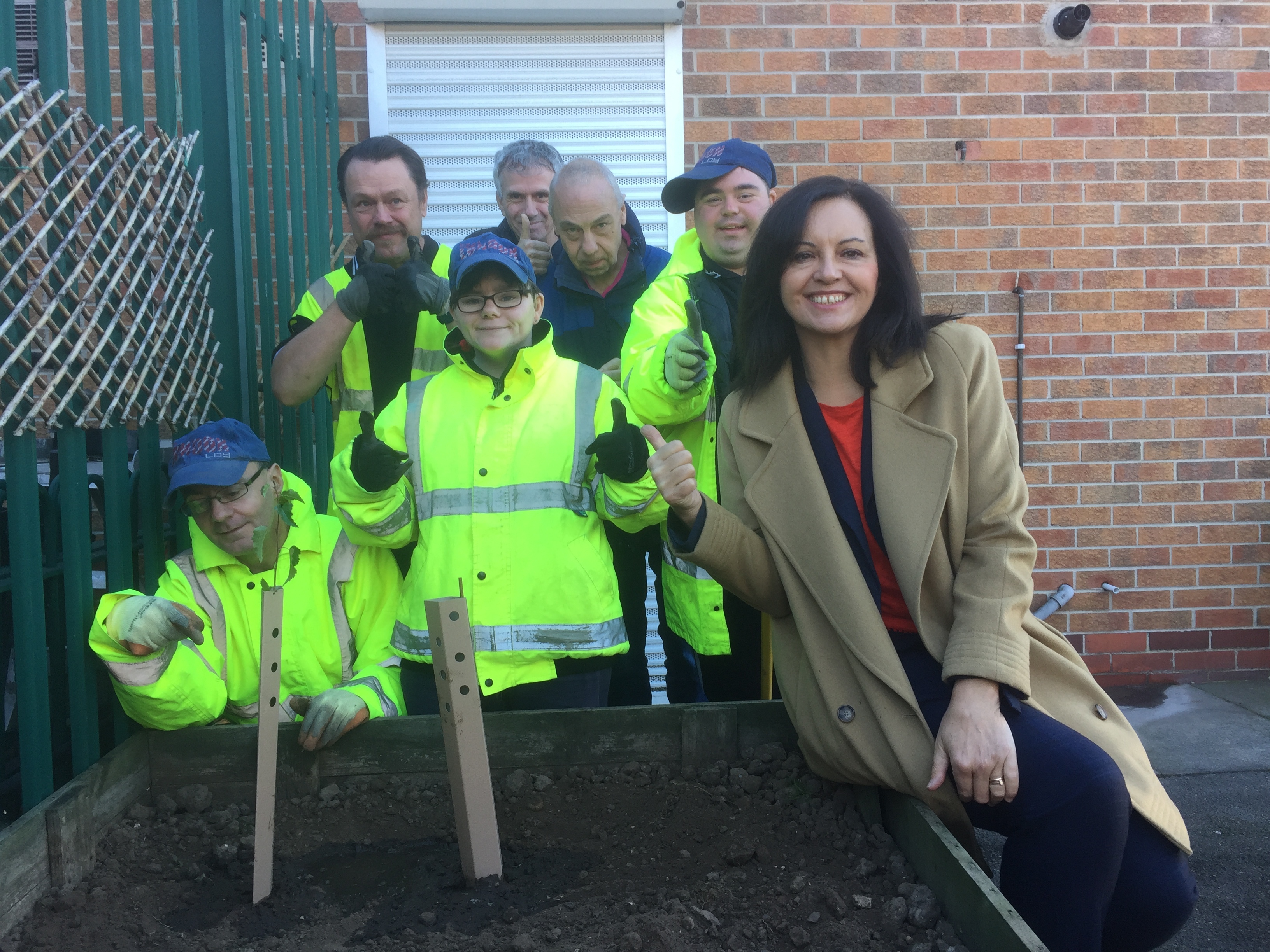 Caroline Flint has joined members of the Rossington-based, Dig It n Grow gardening group to plant new trees as part of the Queen’s Commonwealth Canopy.

Said Caroline:  “It was great to join the Dig It N Grow gardening group to plant two silver birch saplings in the grounds of the Rossington Memorial Hall, until the saplings are strong enough to be replanted in a local woodland.  Ann Cullen and Alan Cresswell have organised a fantastic group who do gardening and litter picking in the community every week. 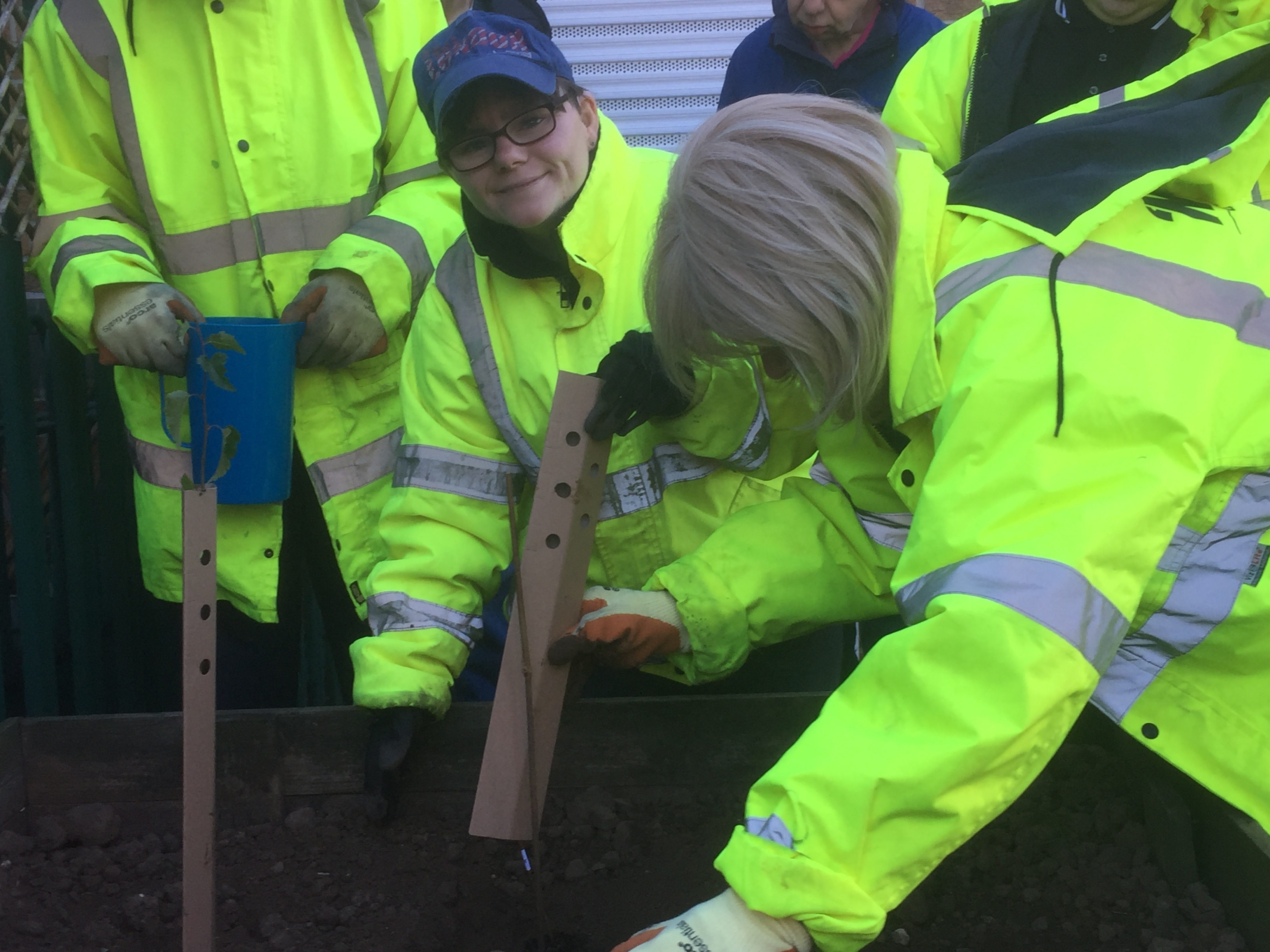 “The Queen’s Commonwealth Canopy is a network of forest conservation initiatives to mark Her Majesty's lifetime of service to the Commonwealth, and with the support of the partnership between Wildlife Trust, Sainsbury’s and ITV, the Trust is donating 50,000 trees to the project.”

In April, ITV screened a landmark documentary, The Queen's Green Planet, following Her Majesty the Queen and this ambitious legacy project which brings together her deeply held commitment to the Commonwealth and her little-known love of trees. 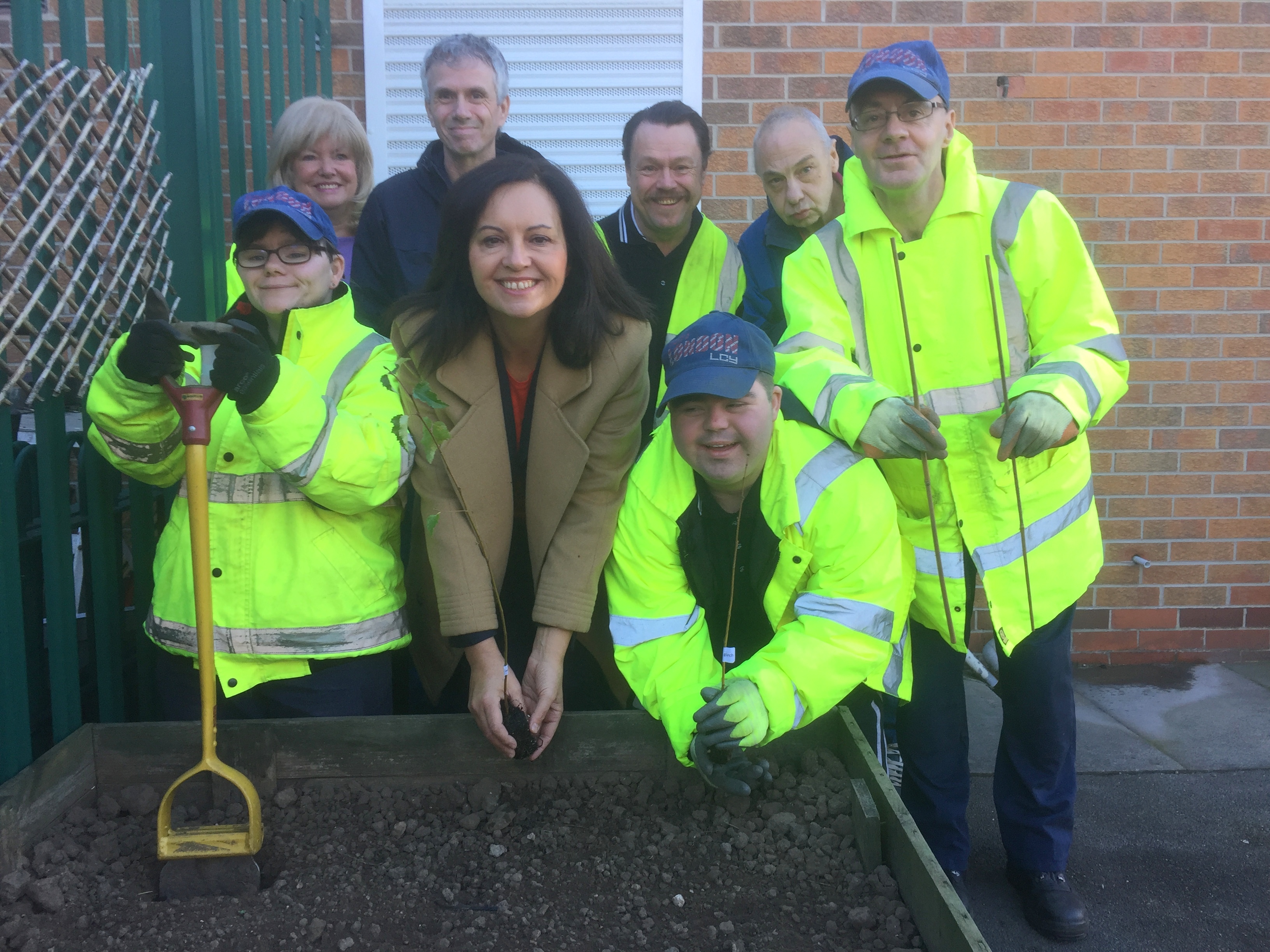 In support of the programme the Woodland Trust provided 50,000 trees for ITV viewers, and via the Rt Hon Frank Field MP, who conceived the QCC initiative, also offered a special commemorative pack to every MP in the UK.

Woodland Trust Chief Executive Beccy Speight said:“We are delighted that Caroline Flint has joined our bid to plant trees as part of the Queen’s Commonwealth Canopy.  We all need trees. They are a cornerstone of our landscape and countryside, forming an essential and cherished part of our cultural identity. They are crucial in improving soil health and water quality, reducing carbon, trapping pollutants, slowing the flow of flood water, sheltering livestock, providing a home for wildlife or a space for us to breathe. I hope that Rossington residents will enjoy watching them flourish as part of this wonderful legacy initiative.” 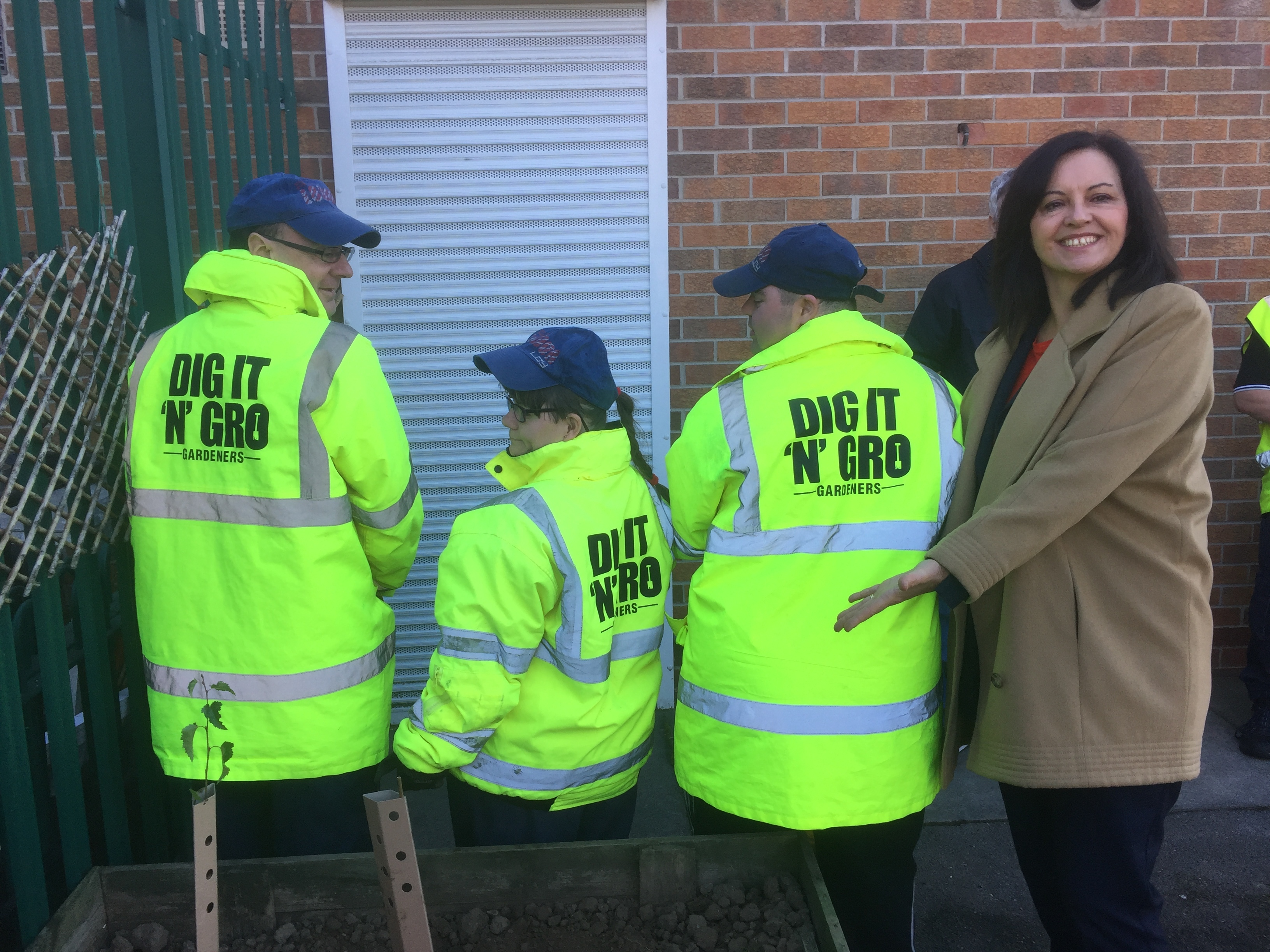 Sainsbury’s CEO Mike Coupe said:“As the Woodland Trust’s largest corporate partner, we’re committed to raising awareness of the importance of the UK’s woods and trees, and contributing to their conservation. Sainsbury’s recently planted its three millionth tree with the Trust, and the thought of being able to get so many more in the ground as part of the Queen’s Commonwealth Canopy with the support of so many MPs is an exciting prospect.”

Dig It n Grow is part of the Rossington Smile group, based at Rossington Memorial Hall.  The group has been active for ten years in the community and based in Rossington for the last three.

The Woodland Trust is the largest woodland conservation charity in the UK. It has over 500,000 supporters. Established in 1972, the Woodland Trust now has over 1,000 sites in its care covering over 22,500 hectares, offering free public access to its woods.

The Queen’s Commonwealth Canopy (QCC) is a unique network of forest conservation projects which unites the Commonwealth family of nations to save one of the world’s most important natural habitats. Established in the name of Her Majesty The Queen as Head of the Commonwealth, this initiative is committed to raising awareness of the value of established indigenous forests, and saving them for future generations, as well as planting new forest.