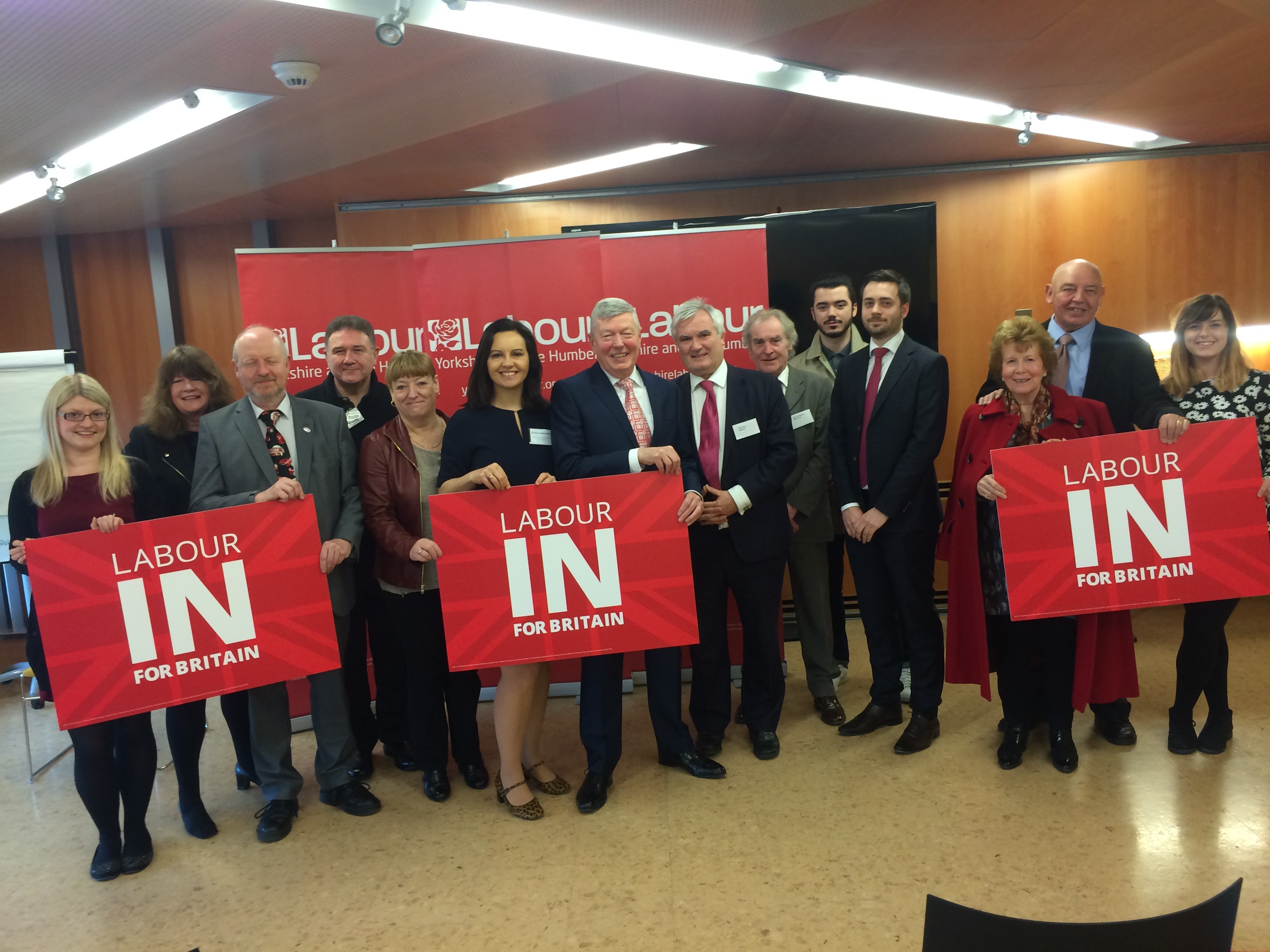 Businesses began to talk about Doncaster and the EU this week, as local business people gathered at the Cast theatre to discuss the forthcoming referendum with local MP Caroline Flint and the Rt Hon Alan Johnson, leader of the Labour In for Britain campaign.

Fielding questions during a ninety minute question and answer session with 30 local business people, Mr Johnson told the gathered audience that forty one years after the last referendum, the EU had ended war between nations across mainland Europe and helped grow the UK to the fifth biggest economy in the world.  He warned “It would take years for Britain to recover to where we are today, if the UK left the European Union.  The security of working people and access to a market of 530 million consumers for businesses would be set back years if the UK was isolated outside the European union.” 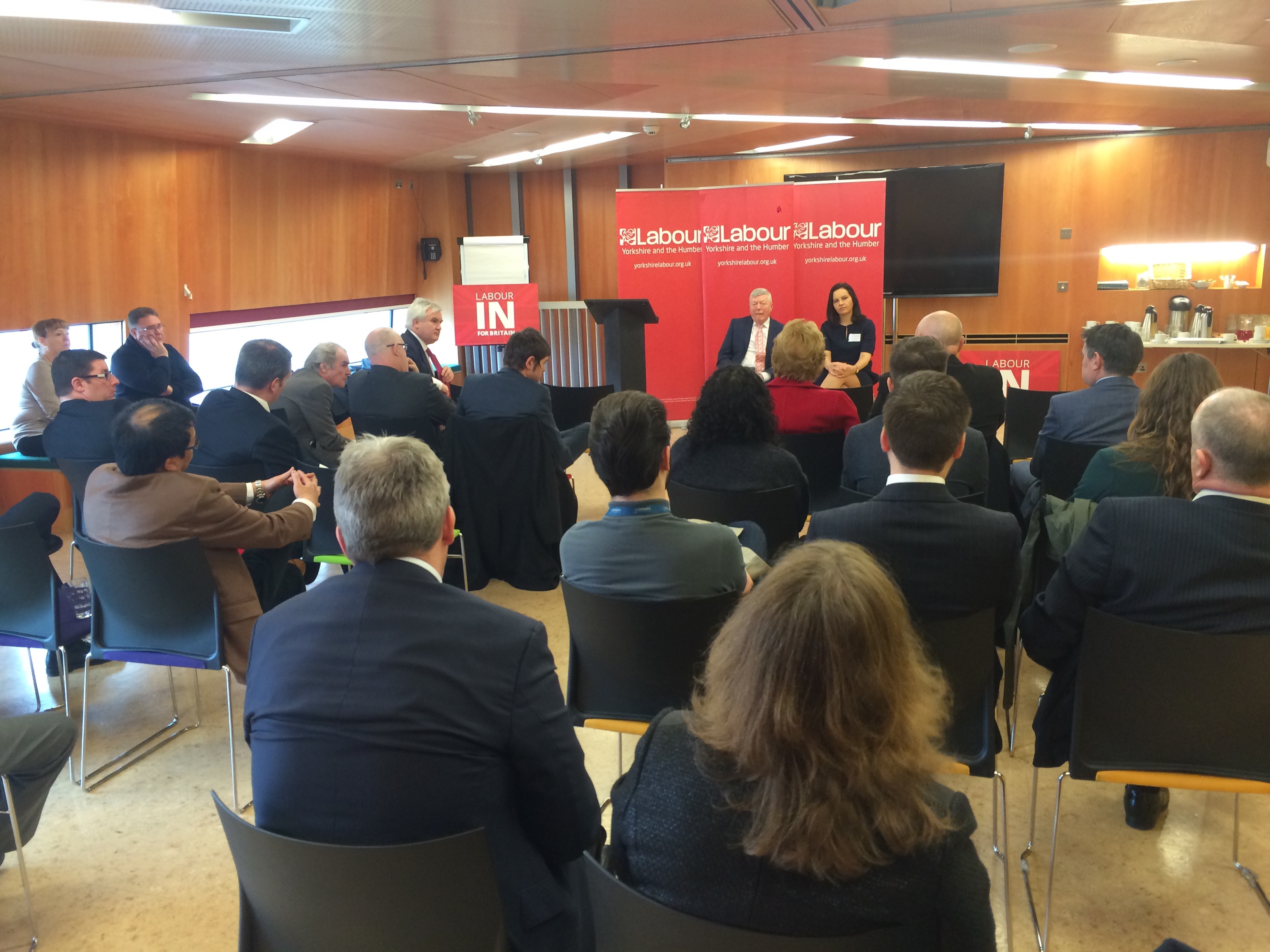 Deriding the idea that Britain could simply boost its trade with other part of the world, like the Commonwealth, Mr Johnson said:  “Today, the UK does more trade with Ireland than with every nation of the Commonwealth put together – because we are in the EU.”

A former trade minister, Mr Johnson also warned that continuing to trade with the EU if we left was not a free ride. 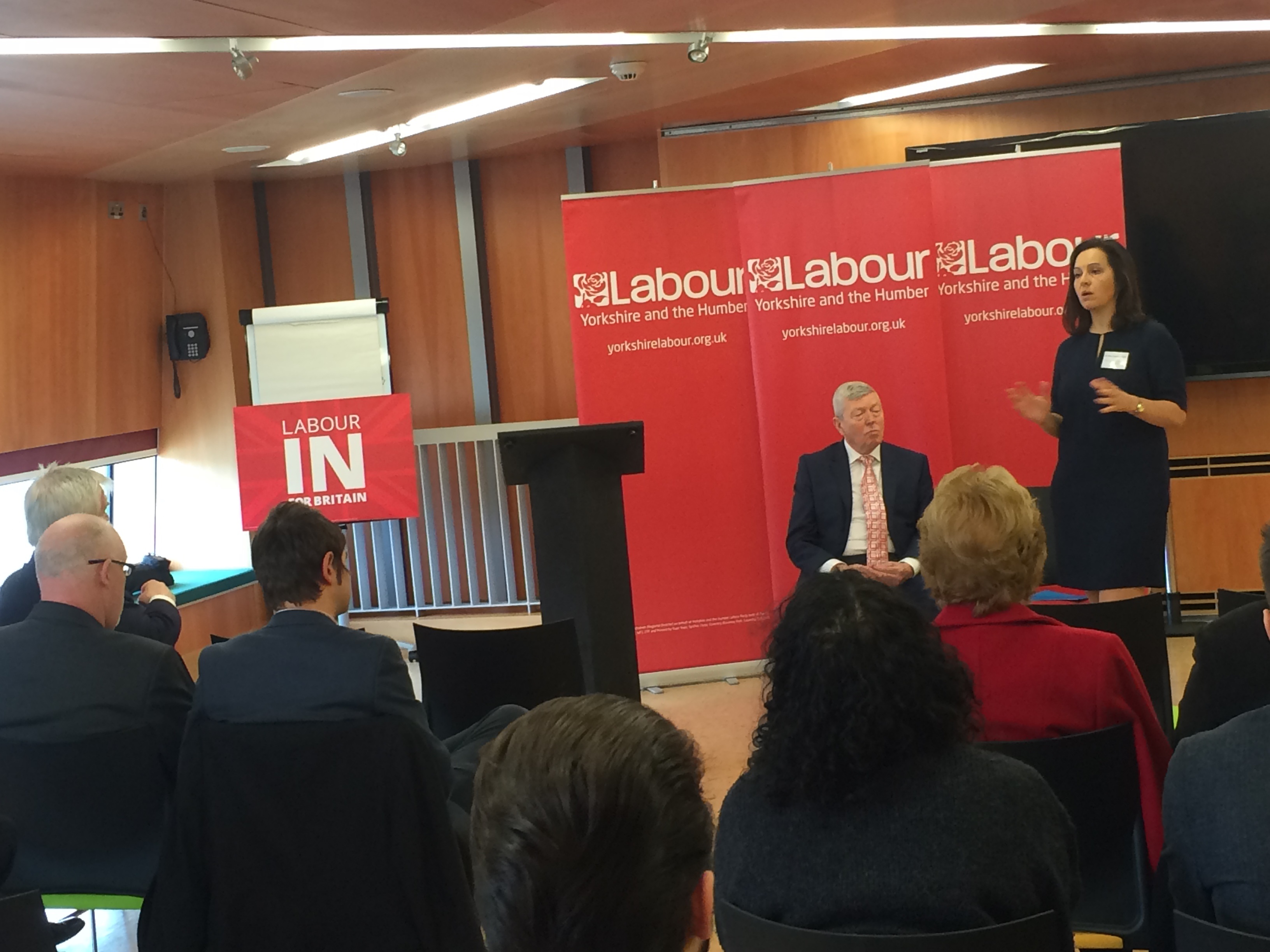 “Norway is the tenth largest contributor to the European union – and it’s not even a member.  That is because to gain access to this market, it has to pay in.  That is exactly what would happened with Britain.  We would still be paying, still following the same rules, but with no say.”

Caroline Flint added: “It was great to hear the views of local businesses about this huge decision facing our country.  The more we explore the choices we face, the less clear it is that Britain would be anything but worse off leaving the EU.  Even the control of migration would be more difficult.  Joint UK/French border controls at Calais could end and if we are not part of the EU’s Dublin Accord we wouldn’t be able to return asylum seekers to the first EU country they passed through, as we do now.  We would have no say on how other EU countries tackle migration, cross-border organised crime or terrorism. Britain would be less secure and have less influence.”