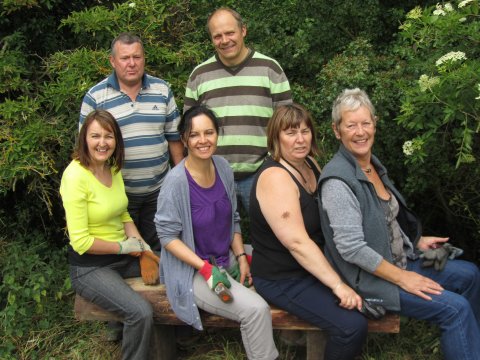 volunteers this week at another “clean-up” session at Martinwells Lake.  The volunteers erected additional benches around the lake and cleared litter.

Ms Flint also praised Countryside Ranger, Dennis Roe.  “This project has always been a partnership with Doncaster Council and without the support of Dennis Roe, his team and the former Neighbourhood Manager Trevor Heptinstall, this project would be nowhere near this far forward."

Said Caroline: “When I see the help Dennis gives to projects like this; the Don Gorge; the Conisbrough Mill-piece; and Edlington Pit Wood; I see someone devoted to helping local people appreciate and access the countryside on our doorsteps.”

The Friends of Martinwells Lake was formed in May 2009, and h 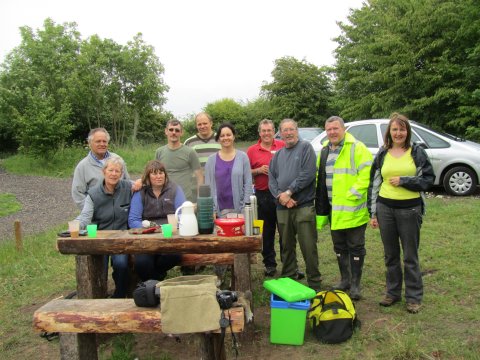 eld its first clear-up in September 2009.  In 2009, Caroline and her office staff adopted the project as their chosen voluntary activity and have actively supported the project with the help of Labour Party members ever since.

Friends together: the Friends of Martinwells Lake take a well-earned coffee break around one of the picnic tables they have installed.