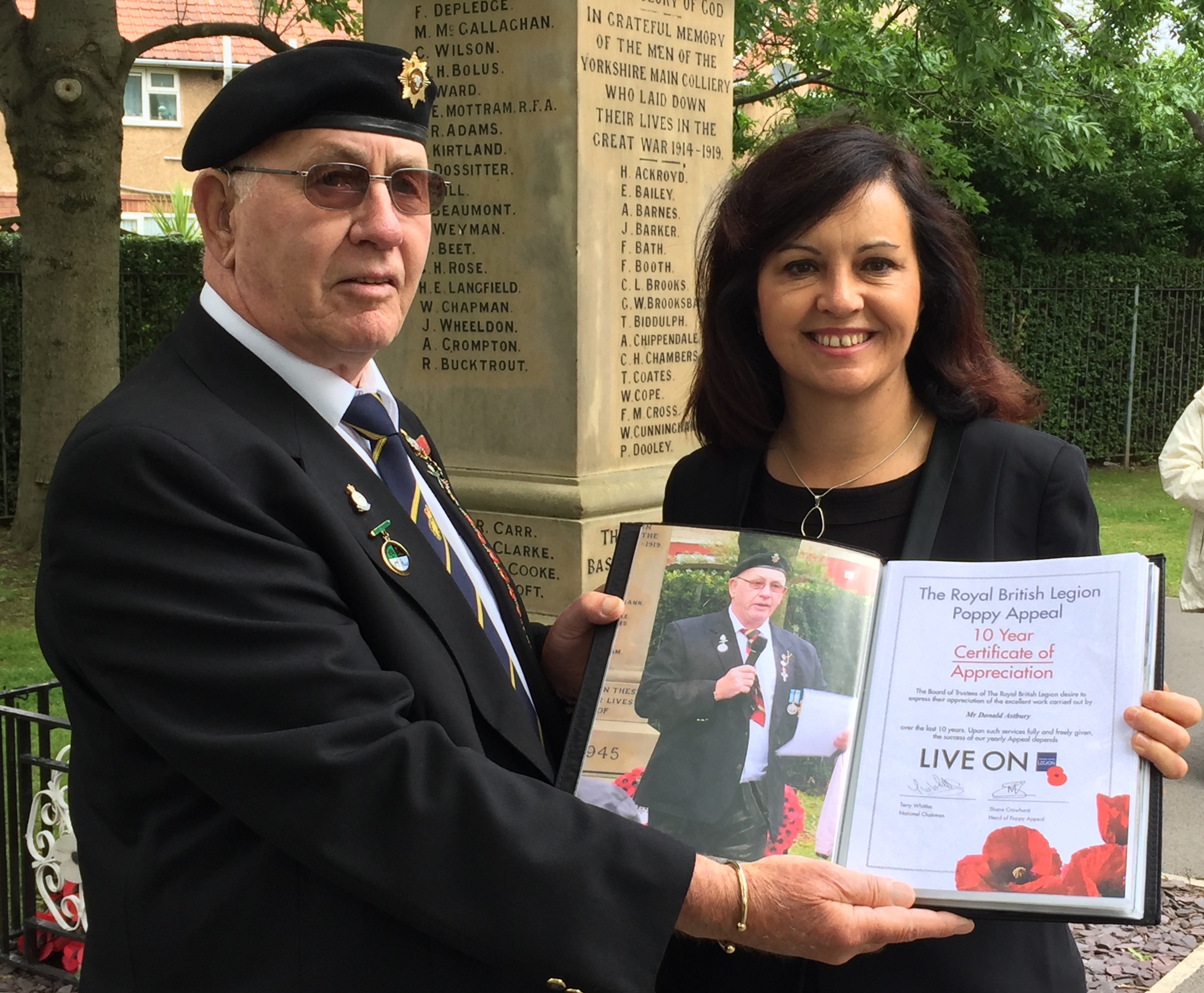 Don Astbury received an award from the Poppy Appeal, presented by Ms Flint, for his dedication to the cause of veterans and their families.

At a gathering of residents, ward councillors and town councillors, Ms Flint said: “The Poppy Appeal succeeds because of the dedication of veterans and British Legion branches across the country. To honour, to remember, and to raise money.

“In Edlington, Don Astbury has been central to that effort for over four decades, serving as Royal British Legion Branch President for 26 years.

“It is a pleasure to present these long service medal and badges to you on behalf of the Royal British Legion Poppy Appeal.” 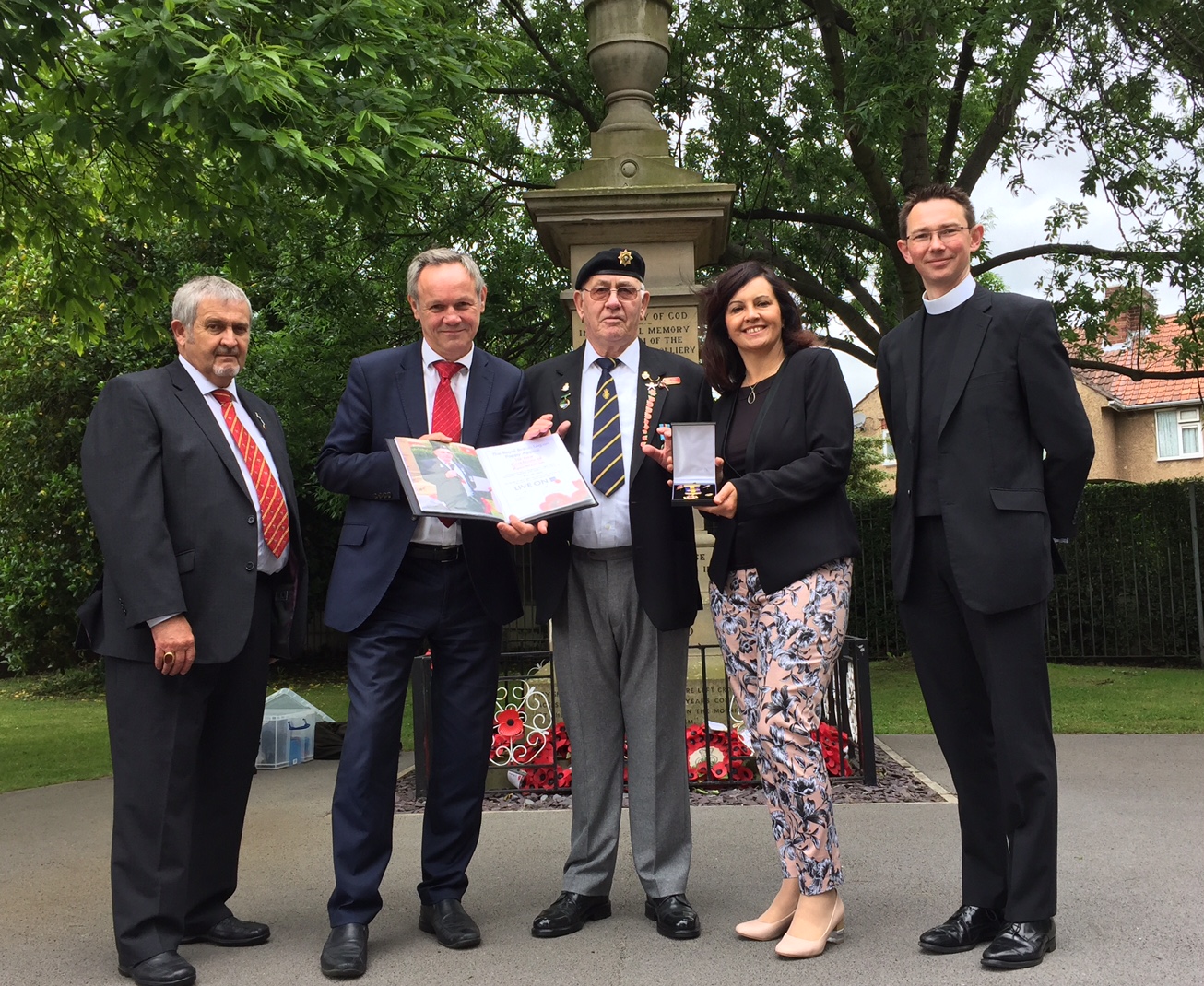 Addressing the gathering, which included children from Sir Thomas Wharton school, Ms Flint explained the background to the Poppy Appeal:

“700,000 British men never returned home from World War I, and the Poppy Appeal was created after to raise money for veterans and their dependants. The first official Legion Poppy Day was held in Britain on 11 November 1921, inspired by the poem In Flanders' Fields written by Colonel John McCrae to describe the battle fields across Belgium in that great war.

McCrae first described the Flanders Poppy as the "Flower of Remembrance." The opening words of his famous poem read: 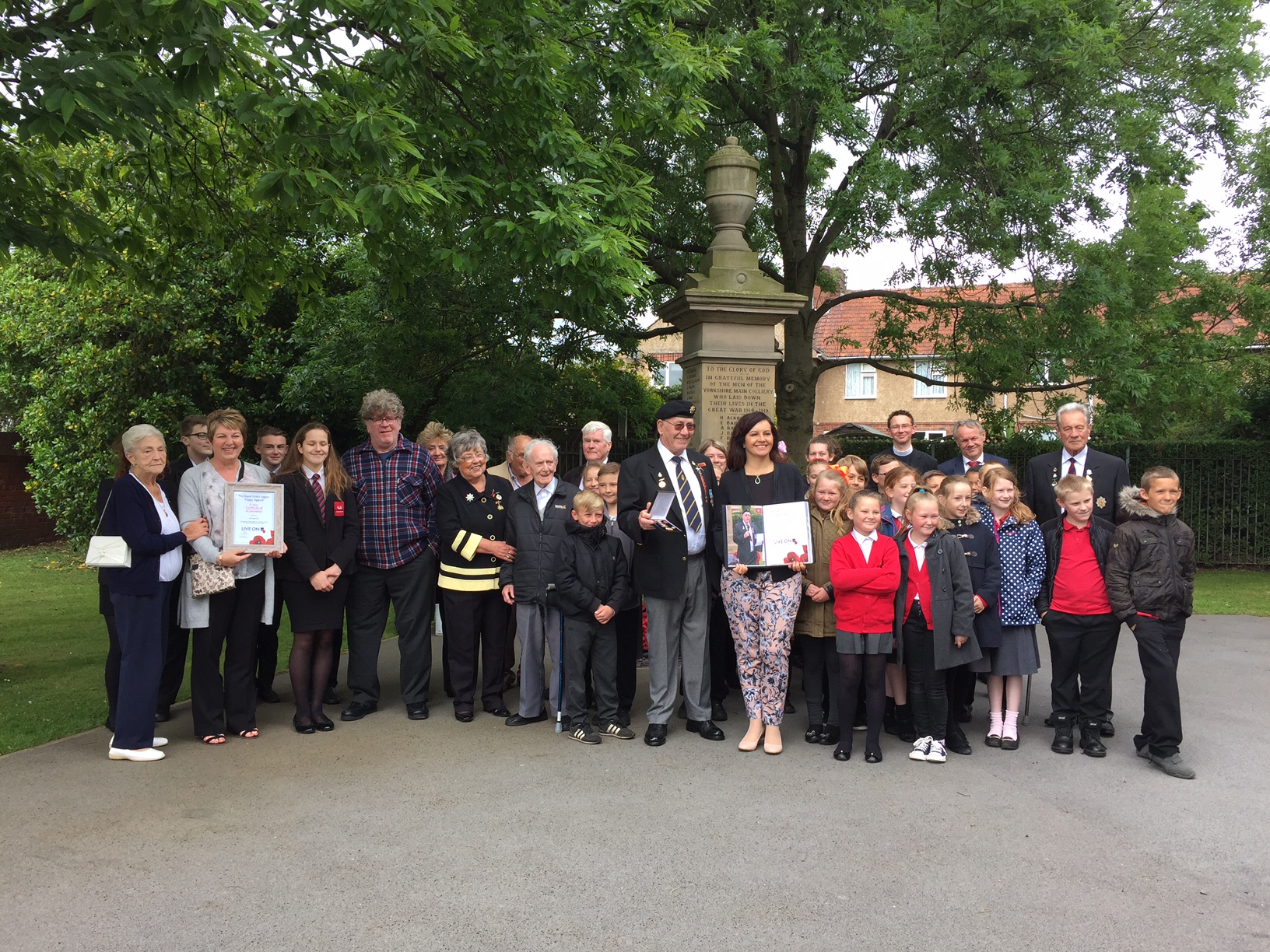 In Flanders' fields the poppies blow
Between the crosses, row on row,
That mark our place: and in the sky
The larks, still bravely singing, fly
Scarce heard amid the guns below.

Since then the Poppy Appeal has been a key annual event in the nation's calendar.