Every child can be a lifesaver says MP 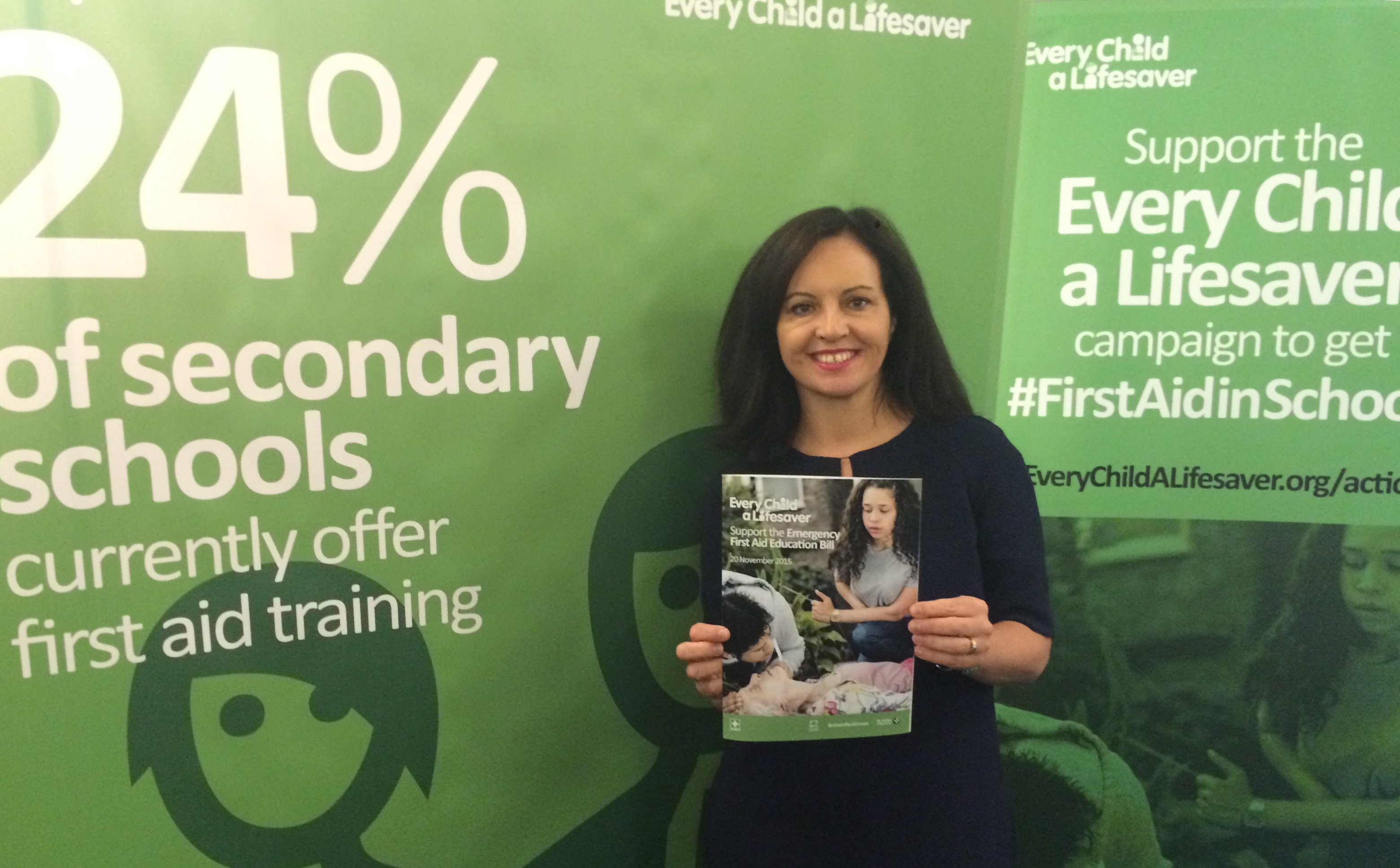 Caroline Flint has offered her support to a campaign for the teaching of lifesaving skills to be made compulsory in schools.

The Don Valley MP attended the Every Child a Lifesaver event hosted by St John Ambulance, the British Heart Foundation, and the British Red Cross to gain backing for the Emergency First Aid Education Bill.

The Bill will require secondary schools to give young people the skills and confidence to deal with a range of medical emergencies including cardiac arrests, heart attacks, choking, bleeding, asthma attacks, and seizures. Importantly, emergency first aid education ensures that pupils know to seek help and support when needed, including from the emergency services. The Bill also recognises the emotional needs of people that step in to help in a medical emergency - it prepares young people to deal with situations where their interventions may not have saved a life.

Sue Killen, CEO at St John Ambulance, said:  ‘Nothing is more important to us than young people learning the skills to save a life. We urge everyone to go to www.everychildalifesaver.org/action so MPs see that this campaign has backing in every community. Without your support, we can't make this happen; but with your support, we could achieve something brilliant: Every Child a Lifesaver.’

Research conducted by the campaign has shown widespread support for first aid in schools:

However 57% of teachers say they believe it would take first aid training to be a requirement in order for more schools to take it seriously as only 24% of schools currently teach it.