Caroline Flint visited one of Doncaster’s most successful exporters this week, when she met staff World Feeds in 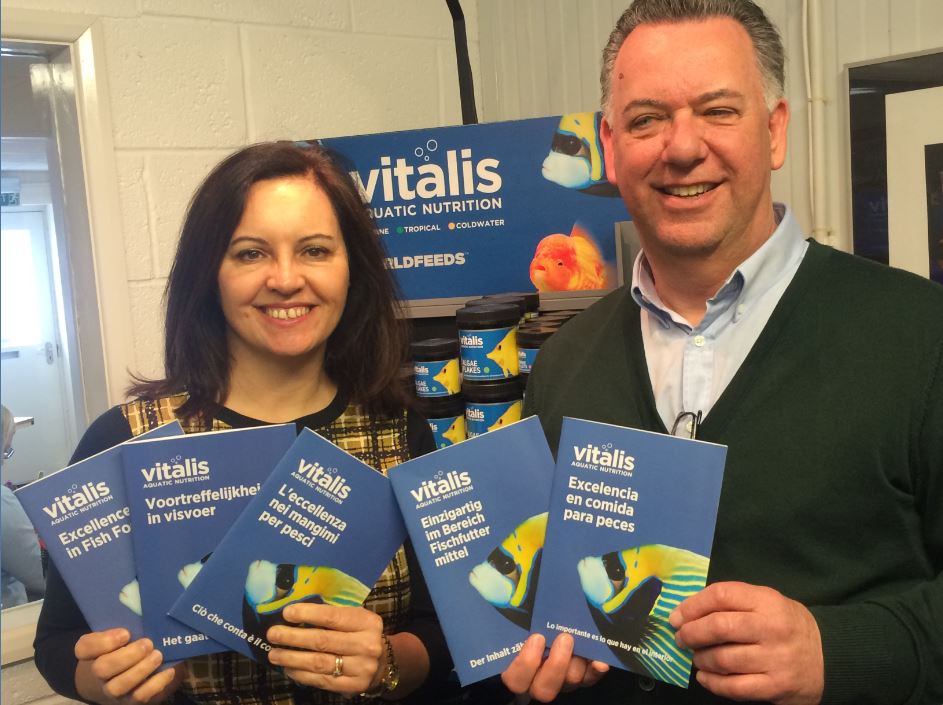 Said Caroline Flint: “World Feeds is a great example of Made in Doncaster – sold across the world.

“This modest unassuming firm that started in a small, corner unit in Thorne, has grown in leaps and bounds, selling to over 30 countries, and creating 20 jobs.

“What is most impressive about World Feeds is not only that they design and make all their fish food here in Thorne, but that they also design and make their own equipment for preparing the food.  Their food is not only a top quality product, but it is tailored to the nutrition required by tropical, marine and fresh water fish collectors.

“This is huge and growing market, one household in every eight have fish indoors or an outdoor pool, and here in Doncaster we have a firm at the top of its game, innovating and creating high value products.  The firm is so successful, it has to produce guides for its leading brand Vitalis, in five languages.

“I’ve always believed that Doncaster can make, as well as sell.  World Feeds has Made in Doncaster stamped all over it.” 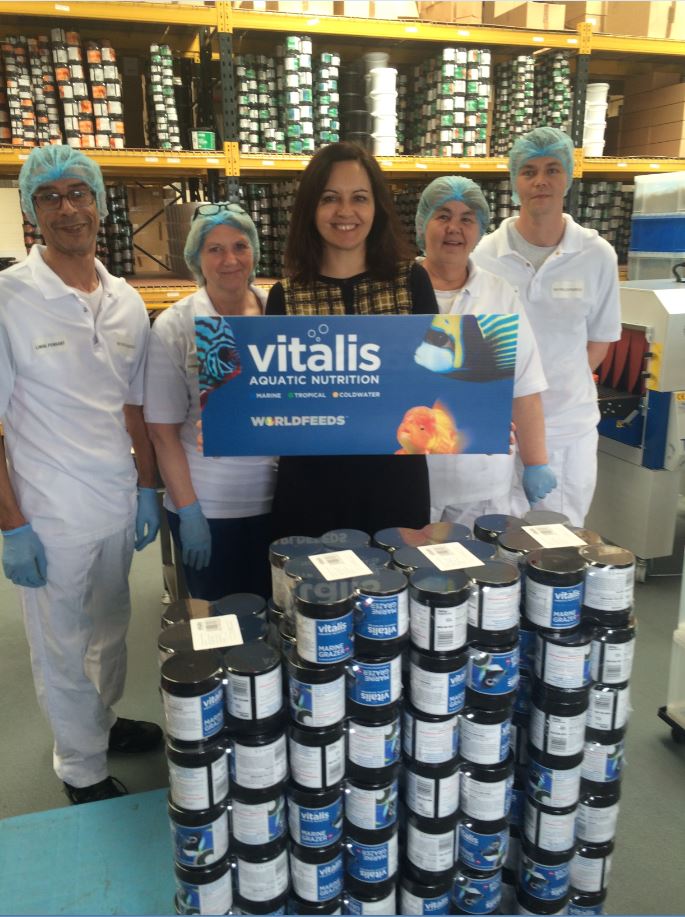 Said Peter Kersh, Managing Director: “For some time World Feeds has enjoyed invaluable communication with Caroline and the company greatly appreciates her genuine interest in what we want, and largely succeeded, to achieve globally. Political influence can help World Feeds, and many other exporters in the UK, to overcome certain inconsistencies and anomalies in export health documentation which often impede our ability to sell to certain countries.”

FEED THE WORLD OF FISH – Caroline and Peter Kersh show that World Feeds is a multilingual business.