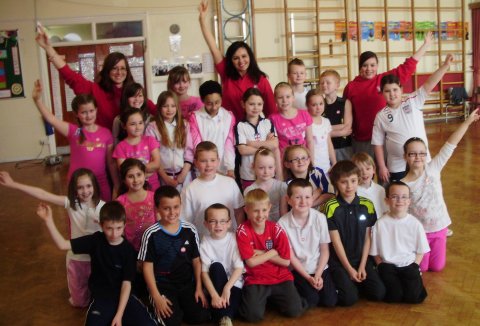 After an hour long dance workout with Years 3 and 4, Ms Flint said:  “Ivanhoe School has a whole week of activity planned in support of two important causes, children with leukaemia and Sport Relief.

“The pupils, led by Ms Buckley, showed me some great routines they had practiced.  It was hard to keep up.”

“Mr Brian explained to pupils that this week, the school would take part in 22 different sports and activities, and would be trying new fruit, vegetables and healthy food with their school dinners.”

Ms Flint, a former public health minister, took questions from pupils about her love of dance and sport.  She played in theatre groups and a child and played netball at school.  In Parliament Ms flint is one of the Division Belles, a group of Labour women MPs who keep fit by tap dancing.

Said Headteacher Joe Brian: “I was delighted that Caroline took time to stay for the whole dance session, it wasn‘t just a fleeting appearance.  She respected what we were doing and took part fully. 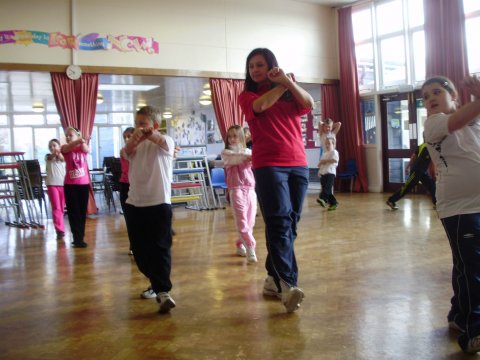 “What was fantastic was that Caroline joined in the dance session just like any other member of the class.  She obviously loved the exercise and showed the children that if you enjoy exercise you get more out of it.  She also explained that it doesn’t matter how busy you are –and she is – you have to look after your body through exercise and sensible eating.

“The pupils loved the visit and were so proud that Caroline came to the school – and wore an Ivanhoe shirt!”