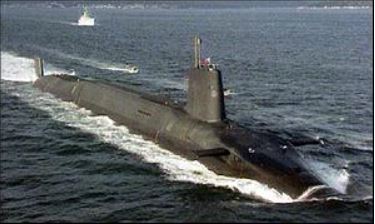 Caroline Flint has welcomed the vote to update the UK’s nuclear deterrent by replacing the trident submarine system at the end of its useful life.

The Don Valley MP was one of 140 Labour MPs who backed the motion for renewal.

During the debate, Ms Flint intervened to ask Jeremy Corbyn: “Under the last Labour Government, because of our stand on supporting non-proliferation, as a nuclear deterrent country we were able to influence a large reduction in the number of nuclear warheads around the world. Does my right hon. Friend really think that if we abandoned our position as one of the countries that holds nuclear weapons, we would have as much influence without them as with them?”

Mr Corbyn replied: “We did indeed help to reduce the number of nuclear warheads. Indeed, I attended a number of conferences where there were British Government representatives, and the point was made that the number of UK warheads had been reduced and other countries had been encouraged to do the same. I talked about the nuclear weapons-free zones that had been achieved around the world, which are a good thing.”

Speaking after the debate Ms Flint said: “I am pleased that Jeremy Corbyn acknowledged the major achievements in disarmament during the Blair-Brown government. During that time, the UK scrapped all battlefield nuclear weapons and reduced our nuclear stockpile. They also reduced the number of warheads carried by the Trident system to a minimum. At the end of that Labour term, the world’s super-powers had reduced their nuclear stockpiles.

“Parliament’s vote recognised that we live in a world with nuclear weapons. Every Labour Government since Clement Attlee’s 1945 Government has supported the UK having an independent nuclear deterrent. Prior to that Europe had seen wars every twenty years for centuries. The deterrent has made a pan-European war unthinkable. The UK lost 380,000 men in the World War II, but only 8,000 in all conflicts since. Our nuclear deterrent is the UK’s insurance policy and works for us every day.”

The Don Valley MP had emailed constituents to seek their views. The results were 68% for keeping the UK deterrent and disarming only when other countries do; 30% supported the UK getting rid of nuclear weapons regardless of what other countries do. 2% were don’t know.

The vote to approve a replacement for Trident was passed by 472 to 117.