Flint demands Energy Companies are given 'a kick up the backside'

Energy campaigner Caroline Flint has requested a meeting with Ministers from the BEIS Department (Business, Energy & 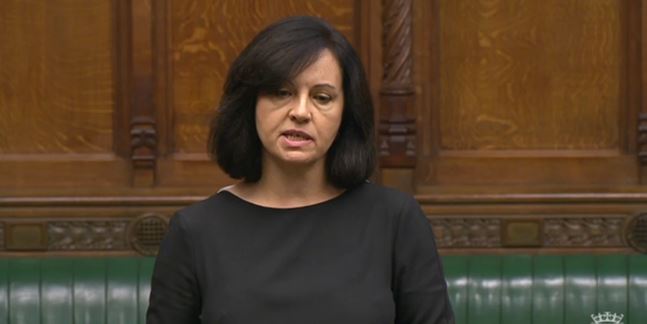 Ms Flint told BEIS Minister Margot James: “I’ve been saying for about five years now that the energy companies have been overcharging their customers on the standard variable tariff.  That has been confirmed by the Competition and Markets Authority and confirmed by Ofgem, and the Government as well.

“The only way we are going to make a shift in the way these companies operate is if we extend to those customers on standard variable tariffs the protection we extend to those on pre-payment meters.  Would the Minister have a meeting with me to discuss what more we can do to make sure we give the Big Six energy companies a kick up the backside?”

The Minister replied: “I will be happy to meet the Rt Hon member, who has extensive experience in this area.  We are certainly considering the CMA’s remedies at the moment.”

The Don Valley MP has been campaigning for fair energy prices since 2011, when she became Shadow Secretary of State for Energy & Climate Change.  The MP believes that Labour’s energy price freeze campaign in the last Parliament led David Cameron to launch the CMA enquiry, which revealed over £8billion in overcharging between 2011 and 2015.  Ofgem recently confirmed its plan to introduce a maximum tariff for customers on pre-payment meters.  The Don Valley MP is arguing for this to be extended to all standard variable customers, who represent overt 60% of all customers.