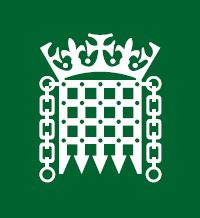 A damning report by a committee of MPs has slammed the accommodation service provided to Armed Forces families, run by private contractor CarillionAmey.

The Public Accounts Committee, on which Don Valley MP sits, described CarillionAmey’s performance as “totally unacceptable” and says it is right that the MOD is considering terminating the contract.

The Committee found the quality of accommodation is often poor, with families often left without basic living requirements such as heating, hot water and cooking facilities.
Caroline Flint today said: “We ask so much of the people who serve in our Armed Forces, many of whom are from Doncaster and South Yorkshire. The very least the Government can do in return is ensure that they and their families have a comfortable home.

“But we have found that many are forced to live in substandard and poorly maintained accommodation. It is completely unacceptable that families should have to move into dirty houses with broken appliances, or be left to care for children in homes without hot water or heating.

“If the MOD doesn’t get its act together and ensure that CarillionAmey honours the terms of its contract – for which it receives millions of pounds of taxpayers’ money a year – we fear that some servicemen and women will be driven out of the military, and others will be less inclined to join.”

Ms Flint raised the matter in the House of Commons, challenging the Government to sort out the “woeful” housing situation. Defence Minister Philip Dunne MP admitted that the Government has “more to do” on housing.

The Committee urges the MOD to take a decision in the coming months about whether its chosen contractor, CarillionAmey, is up to the job. It will return to the topic later in the year to see if progress has been made.