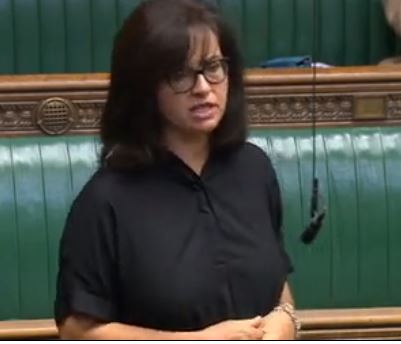 Following an announcement by the Government that public sector pay for teachers, members of the armed forces and prison officers would rise, Caroline sought assurances in the House of Commons that this meant a pay rise in real terms, and that public sector workers in Doncaster wouldn’t see their pay decreased.

Challenging the Chief Secretary to the Treasury, Liz Truss, Caroline said: “I am very concerned that while the Government bills this as a pay rise, in real terms, our public servants have been offered a real terms pay cut by the Conservative Government. Real wages in the public sector are lower today than they were in 2010.

“That’s why I raised this question in the House of Commons. I asked the Minister to reassure public sector workers they won’t see a pay decrease in the years to come. She couldn’t do that.”

The Government also confirmed police officers would get a 2% rise, with prison officers getting a 2.75% rise - both funded from existing budgets.  Ministers had previous promised NHS staff a 6.5% pay rise over three years.

Speaking after the Commons exchange with the Treasury Minister, Caroline said:  “I’m very worried that this pay rise may come at a heavy price for Doncaster’s hard working public servants.  After all the cuts in staff, I don’t want to see prison officers and police facing further staff shortages to pay for their pay rise.  The Government must fully fund these pay increases.”

Please click here for a video of the intervention.