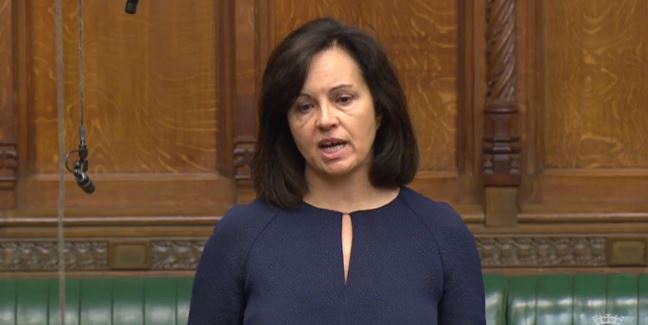 Caroline Flint has hit out at the Government’s plans for new grammar schools.

In a challenge to the Education Secretary Justine Greening over government plans to reintroduce grammar schools, Ms Flint said:

“None of us should be satisfied that too many of our children aren’t getting the best out of nearly 18 years of compulsory education.

"When I and my colleague Jo Cox debated Educational attainment in Yorkshire and the Humber, three things came out of that debate:

“Can I ask the Secretary of State, please do not abandon those areas that I feel are of greater importance to achieving the outcomes she wants, than a debate that could be divisive on grammar schools.”

Speaking after the debate, Caroline said: “In June, Theresa May stood in front of Ten Downing Street promising a Britain that works for everyone – and her first big idea is a return to the 1950s – to grammar schools that left most people out in the cold.

“Doncaster knows more than many places that it needs to improve educational attainment across the board. Our young people need to do better. But converting academies into new grammar schools, is no answer to that problem.

“New grammars will create heartache and disappointment for the majority, while rewarding a minority who pass an 11+ or other entrance exam.

“We need to help those parents whose children may already be falling behind before they ever set foot in a nursery.

“We need help with recruitment of good teachers and good leaders, and the Government knows that, like some academies, grammars will draw the best teachers to teach the most able, leaving the pupils in most need with second best.

“Places like Doncaster need quality vocational options at 14, for those who prefer to gain a skill rather than gain more academic qualifications.

“This proposal promises to divert more funding into new or rebranded schools, and less into meeting the real educational needs of towns like Doncaster.”